sliver’s anatomy often reflects the adaptation that it transfers to the other members of its species.

Check out the brainy lobes on Telekinetic Sliver for example: 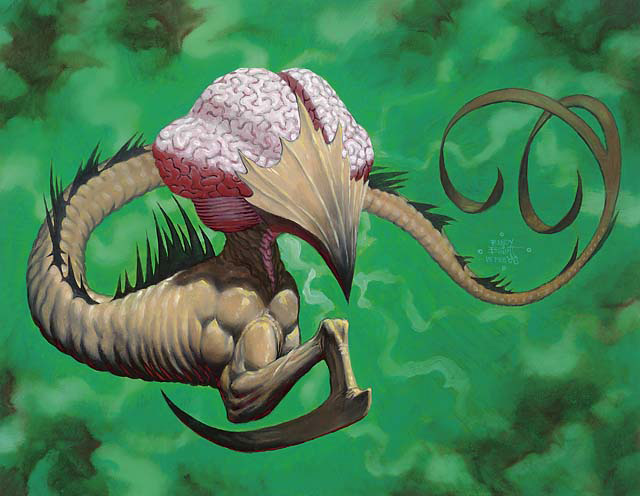 To reflect its added wiliness in battle, Watcher Sliver has evolved rows of eyes along its head, where most slivers have none: 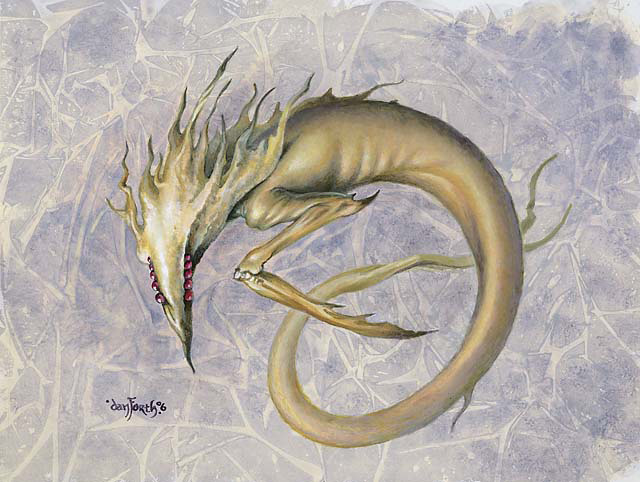 It’s subtle, but Bonesplitter Sliver’s adaptation is shown right in the art. It doesn’t carry around Bonesplitters; it has a special adaptation to its blood. Its blood rages with bioluminescent blood. You can see it flowing through its veins right through the skin: 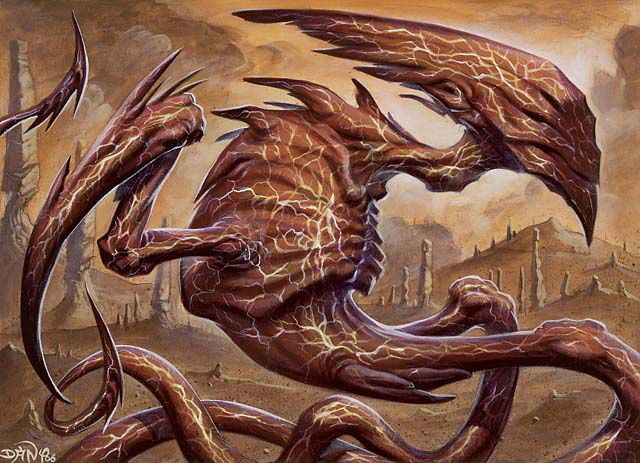 Spinneret Sliver sports organs referred to in its name—organs that let it spin webs like a spider. Imagine the arachnid-like clicking sound this guy would make: 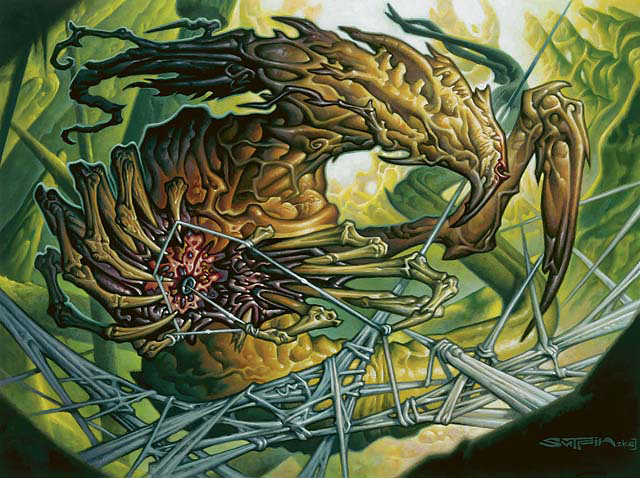