Time Spiral timeshifted cards carefully straddle Magic’s past and present. They appear in old-style Seventh Edition frames but with modern Oracle text and templating. They preserve the intent of their original designs but surge with new interactions in the contemporary environment. They keep their original art, but in some cases it’s been tweaked.

For example, let’s look at the art of Soltari Priest. Here’s the full art by Janet Aulisio. 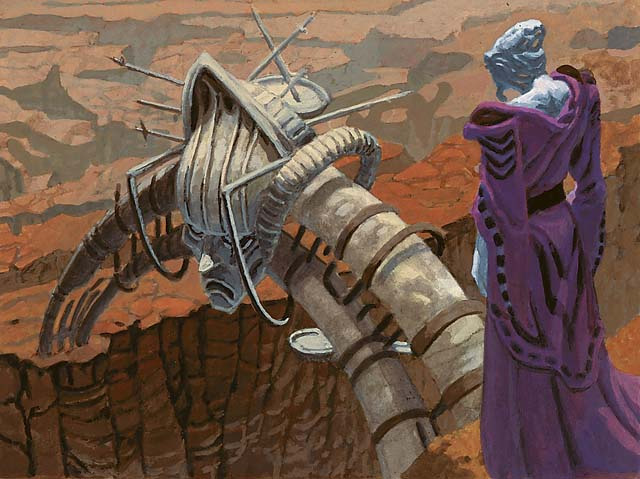 In the original Tempest printing, the inactive portal in the center of the picture got more of the focus than the priest himself. The priest is pushed way to the right of the frame, almost falling out of the picture. The card almost looks like it’s illustrating the Erratic Portal rather than a white shadow creature.

For the Time Spiral timeshifted version, the frame was shifted so that the priest got slightly more “camera time.”