During the time of the Kami War, the blue-aligned soratami helped the humans of Kamigawa fight the kami -- in their own remote and secretive way. They resembled tall, elegant humans, except for their very pale skin, long ears, flowing silver hair and animated runes in place of eyebrows.

The soratami were masters of air magic; they walked the air as if it were solid land, and wove rainclouds as if they were thread.

The soratami often used mirrors as foci for their magic.

Elegant and beautiful yet somewhat aloof, the soratami's plans played a crucial role in the war against the kami. 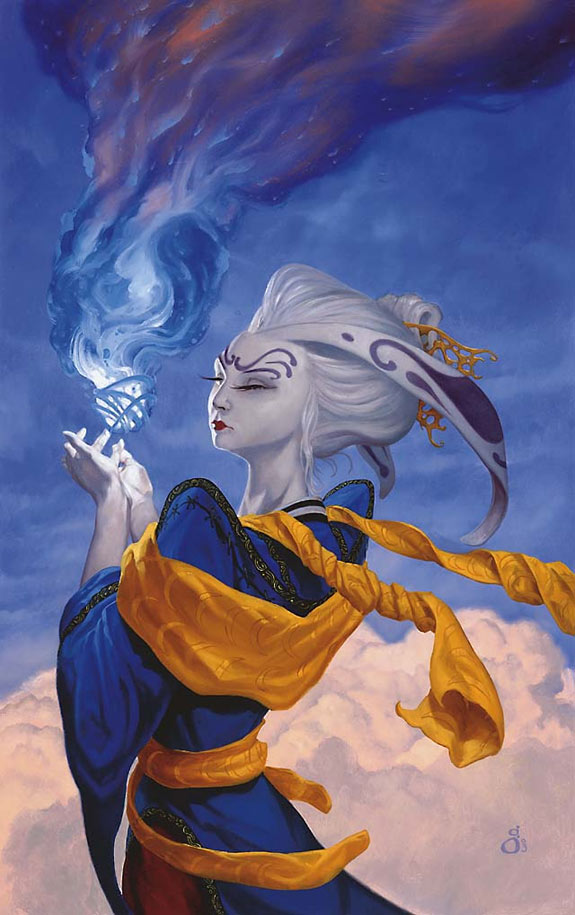 Counsel of the Soratami art by Randy Gallegos