e're still a couple of weeks away from the release of Duel Decks: Sorin vs. Tibalt. To be precise, it comes out on March 15. That's the Ides of March, for those of you still on the Roman calendar. So we're not quite ready to show you everything in it. But we can show you what it looks like! As you can see, it features new art for Sorin, Lord of Innistrad and Tibalt, the Fiend-Blooded. As long as we're here, let's look at the cards a little closer.

Of course, these cards will be premium foils, so here are some close-ups of actual cards. 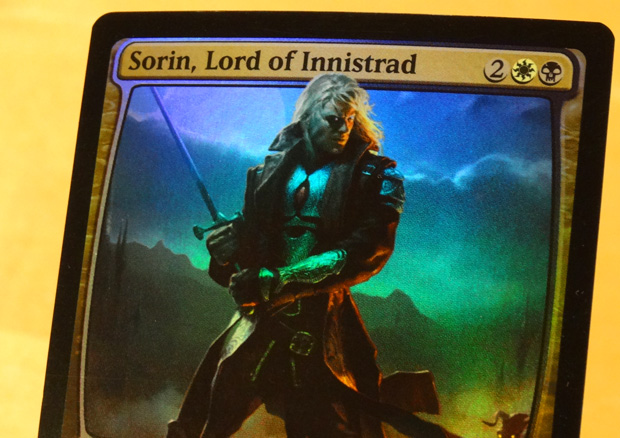 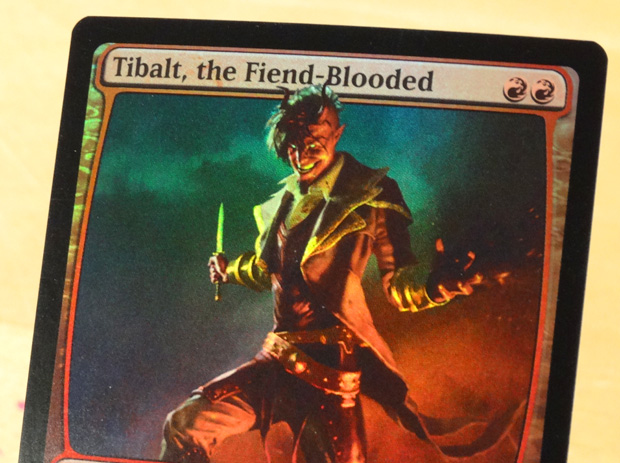 And here, again, is the picture of Sorin and Tibalt together. It's like the card text has magically vanished! 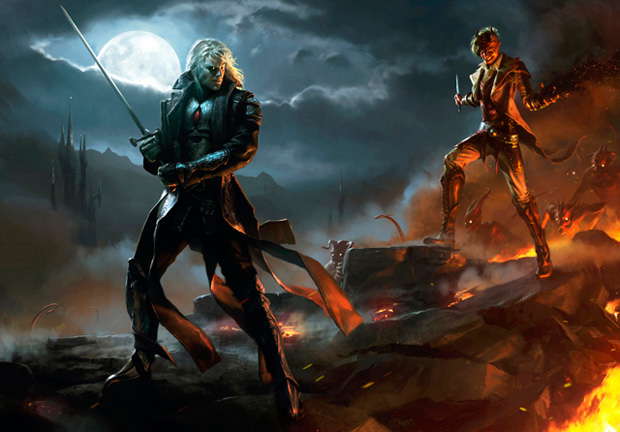