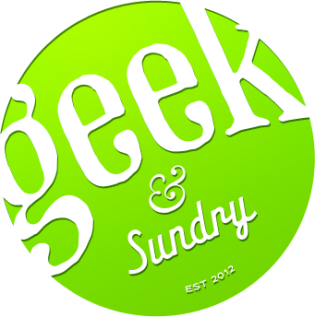 eased on Monday, the new Geek & Sundry show "Spellslingers" launched on their YouTube channel yesterday and it is awesome!

In this week's episode it is Sean "Day[9]" Plott vs. E-Sports caster and personlity Rob Simpson. They battle with a green-blue Simic deck and a white-black Orzhov deck. There's nothing I enjoy more than watching two people have fun playing Magic.

This series is great to show friends who are thinking about getting into Magic. They don't dive deep into the theory or rules and instead just focus on having fun.

They'll be back next week with another episode featuring NASA's Mohawk guy: Bobak Ferdowsi!