all the color-shifting going on, it's easy to miss Planar Chaos's Time-Spiral-like art references. Although Planar Chaos is built around Dominaria's alternate past, nostalgia still plays a strong part in the set as it showcases twists on familiar abilities in the guises of other colors.

The Magus cycle recalls powerful lands from the past. Ana Battlemage and Auramancer's Guise add new cards to cycles that have gone before. Slivers recreate the effects of powerful enemy-colored gold cards of old.

The powerful red creature Stingscourger shows off red's alternate-reality "bounce opponents' creatures" theme, alongside Dead. Note that its art gives a nod to the 2/2's heritage. 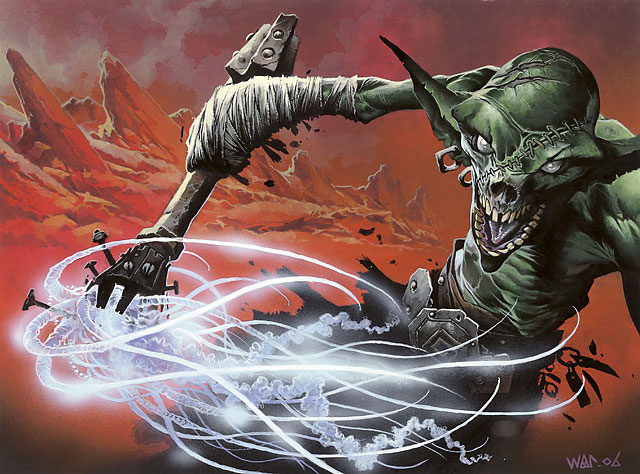