o you say you have a lot of Magic cards? And you wish you had a nice way to store them? Listen to this story by Daniel Rezendes! He originally sent it to Mark Rosewater for use in a mailbag column, but Mark kindly sent it over to the Arcana department, where we are happy to give this story some exposure. Because seriously, this is the coolest cabinet we've ever seen.

Take it away, Daniel! 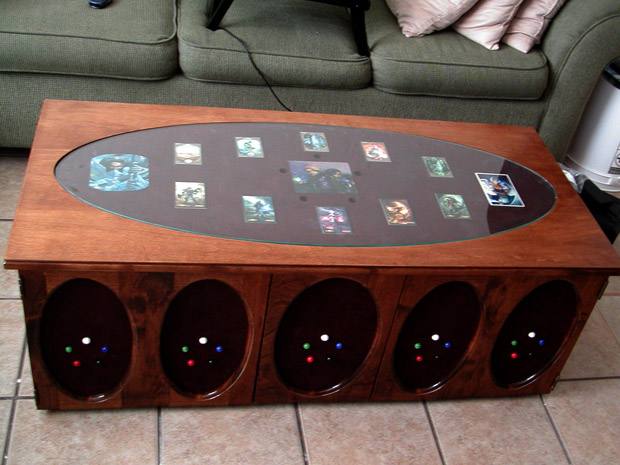 I've played Magic since Ice Age, and my collection has grown so large that I need a dedicated piece of furniture to house it. Rather than just using any old cabinet or whatnot, I spent some quality time with my father and, on occasional weekends over the course of a year, we built a cabinet specifically for my Magic collection, designed around the Magic card back. I'm fairly confident it's the most gloriously nerdy piece of furniture in the state. 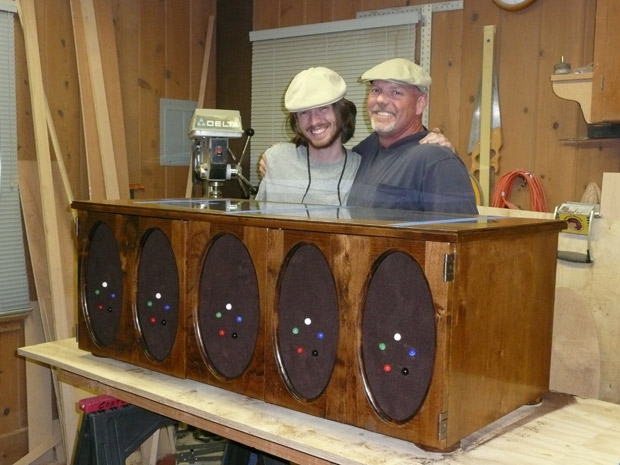 The cabinet is built to house six 5000 count card boxes, one for each color and an extra for artifacts/multicolor/miscellaneous; each is about 2/3 full, so I have plenty of room to expand. There wide doors for those two bays were designed to look like two Magic card backs, complete with marbles for the color wheel. (As it turns out, all five Magic colors are used in traditional Chinese Checkers sets. Convenient!) With a utility bay in the middle, the front appears to have the 'magic' number of 5 doors. The central door is actually the same dimensions as a Magic card, while the other four faux doors had to be squished a bit to keep the cabinet from getting to wide--design had to cave in to functionality, there. The doors can also latch to the sides when they are open, to keep them out of the way when I need to get to my cards. 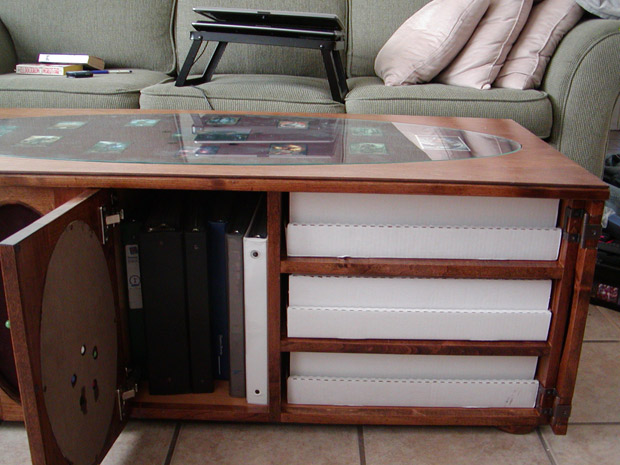 The top of the cabinet has an inlaid glass oval to continue the Magic motif, with the color wheel oriented toward the front of the cabinet. The color wheel here is actually drilled through into the central part of the cabinet, so I can reach in and push up the glass, when I want to change what I have displayed underneath. Right now, it's a set of Unglued basics, some promo shots of the Lorwyn planeswalkers, shots of Urza and Radiant from a old Duelist covers, and an early promo pic of Urza and Mishra. 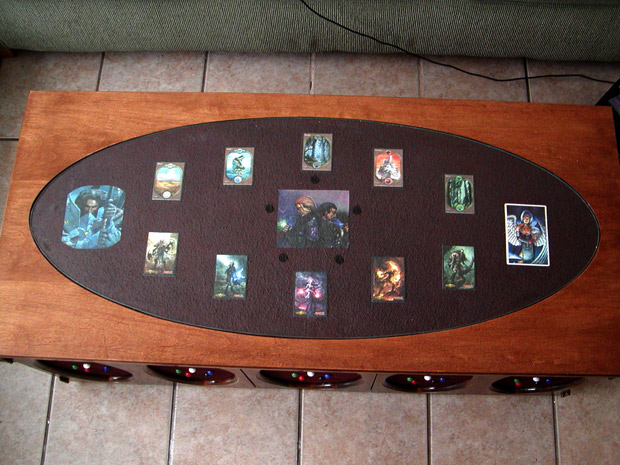 The cabinet is excessive and geeky and I'm incredibly proud of it. I figure you and your readers may get a kick out of it as well. :D