alking the Planes is a semi-regular video series we produce with Shawn Kornhauser and Nate Holt. Their most recent episode brought them here to Wizards Headquarters before PAX and the Magic Online Community Cup.

While they were here in the offices they filmed the intro and some pieces involving the community team from the Community Cup. I even made a cameo by accident. I knew they were standing outside my cube talking but I had no idea the camera was running until it was too late!

While they were here I happened across Shawn and Nate brainstorming and discussing the shoot. Shawn was storyboarding the shots they wanted. I asked if I could have it for an Arcana to give you all a little peek into part of what goes into making each Walking the Planes episode. 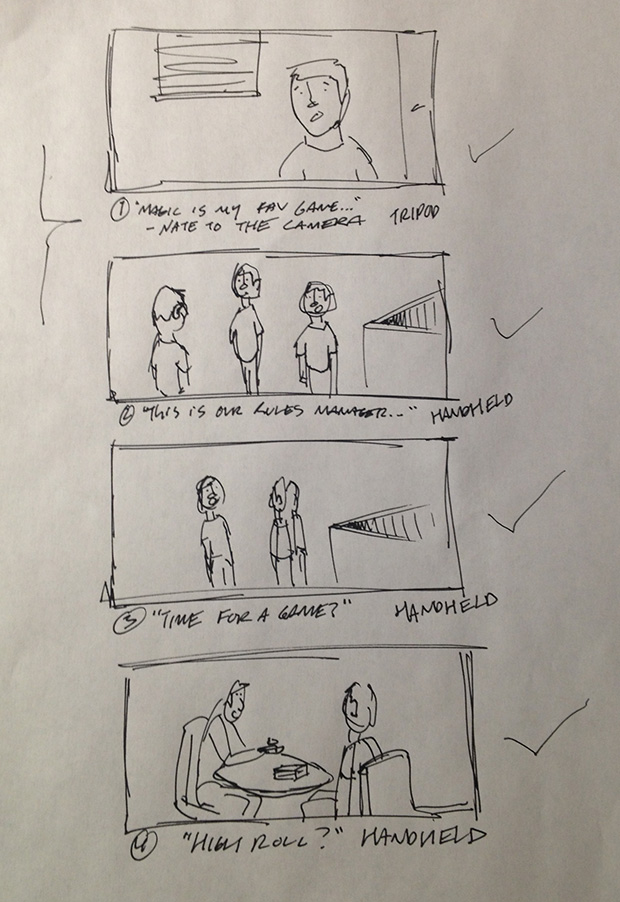 That's all fine and good but let's see how close the first two shots were from storyboard to the actual intro. 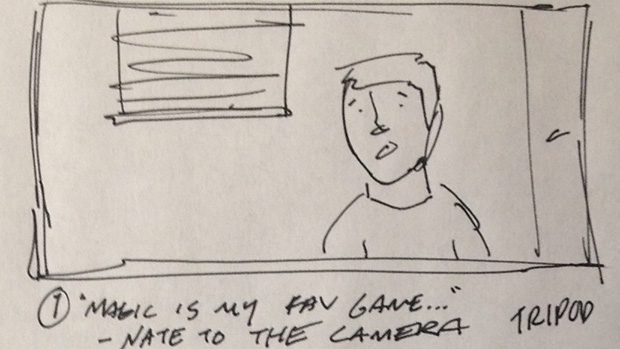 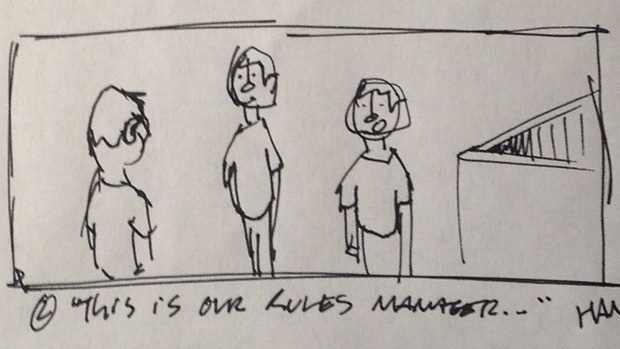 Not bad! But what about the other two? Well, they weren't that close to shots. The thing about storyboarding is that they don't always know the details on the location, especially when filming in an office which is still being used for day-to-day work. You can see above that they expected some standing shots with Matt Tabak in frame, but those didn't work out. So, while the essence of frames 3 and 4 are in the video, the shots aren't there close enough to compare.

The next Walking the Planes episode will be after Pro Tour Theros in Dublin, Ireland. I can't wait to see what they come up with!