The Symbol of Avacyn, Part 2

lthough Avacyn is missing from Innistrad, her symbol is everywhere. We originally covered this in September by looking at several pieces of art from Innistrad that showed the symbol. Since then, Dark Ascension has come out, and that means it's time to take another look. Hooray!

The most prominent place to see the symbol of Avacyn is in the iconography of her church. For example, there's this collar: 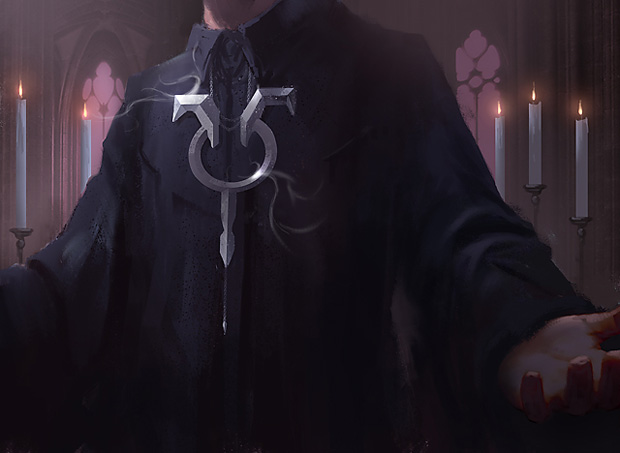 You'd think those collars would be unique to the priesthood, but they've also collared their griffins: 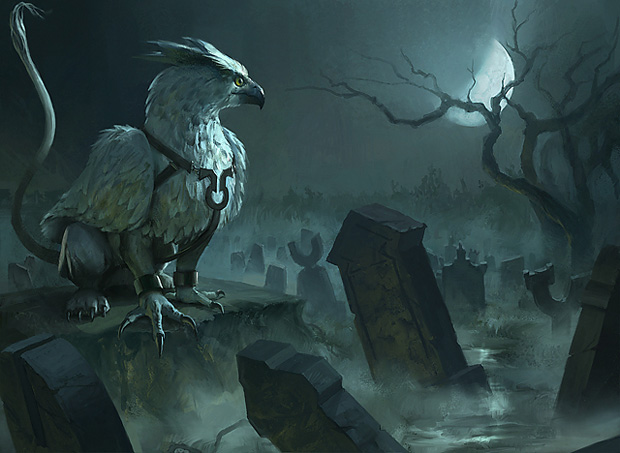 Even Clerics who aren't working inside the church wield Avacyn's symbol. Thraben Doomsayer has a staff that should look very familiar at this point. 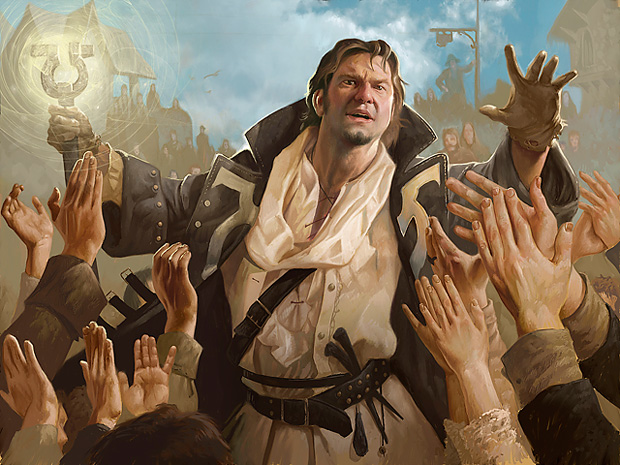 The obvious symbol on Executioner's Hood is on the wall in the background. But a closer inspection of the hood itself reveals that the symbol has been stiched onto the face! 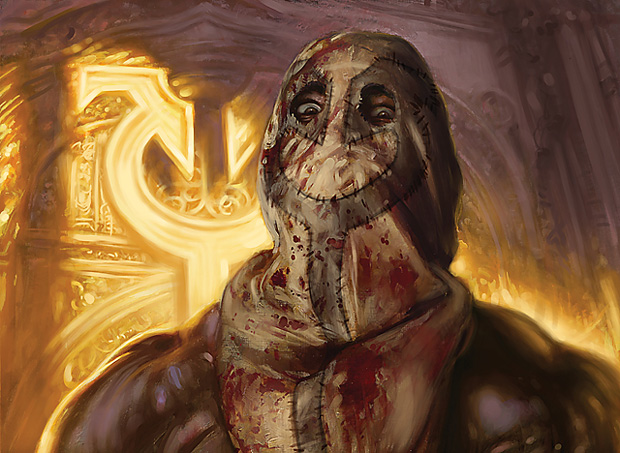 The symbol of Avacyn is so widespread, it's even in common use as a gravestone, as seen in Grafdigger's Cage 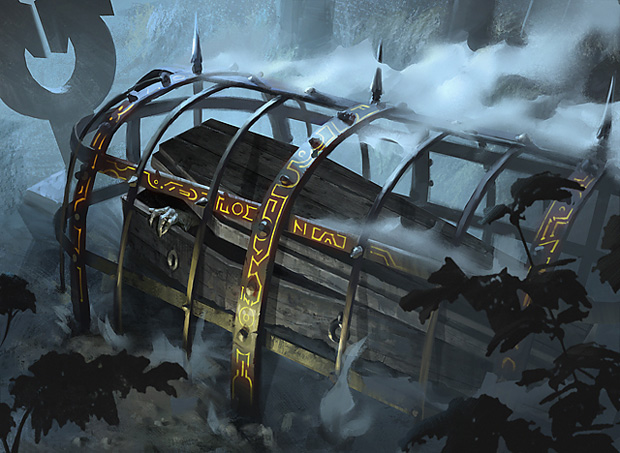 In fact, we've already shown you gravestones in that shape. Scroll back up to that Silverclaw Griffin and check out the graveyard. There are a couple of broken stones that clearly used to be in the shape of the symbol of Avacyn.