Sympathy for the Minotaur, Part 2

ower struggles shift control back and forth from good to evil, worlds literally collide, and the Multiverse rolls on. That is, for everyone except the minotaur.

Here we see the mighty Tahngarth's punch being caught, Steven Seagal style, by none other than Gerrard. Karn sits idly by, clearly not a fan of any minotaur. 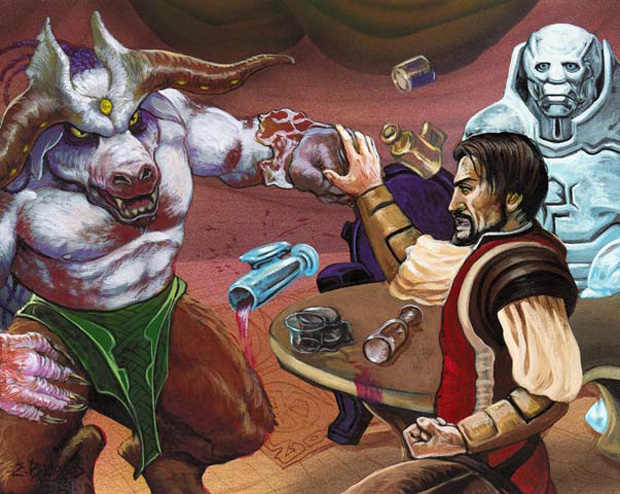 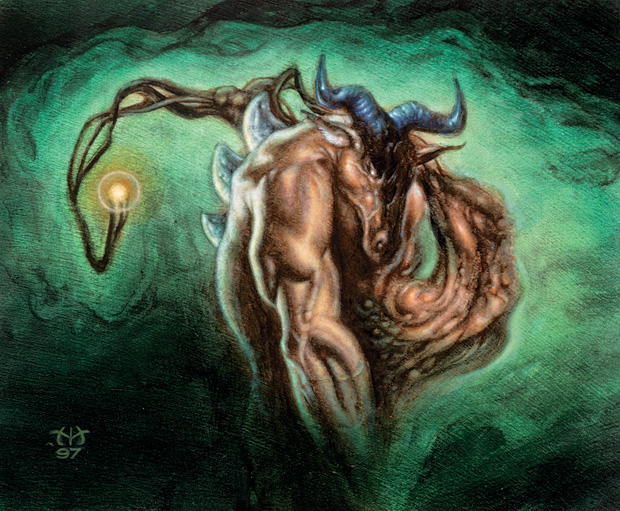 Dominated in the art and Hand to Hand. 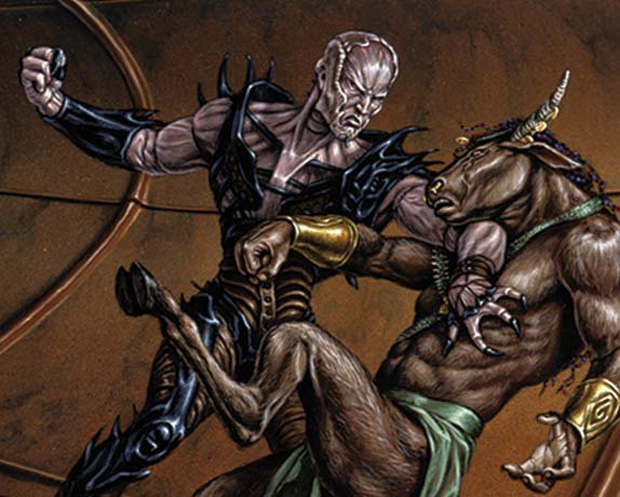 Proving that all minotaurs are treated equally badly. 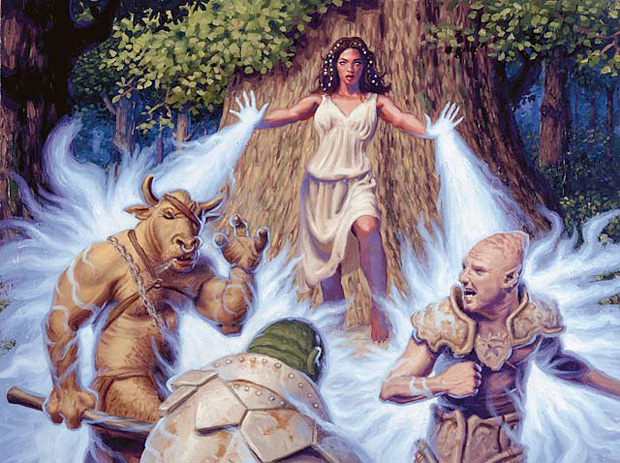 Recipient of a magical shove off a cliff by a horned brother. 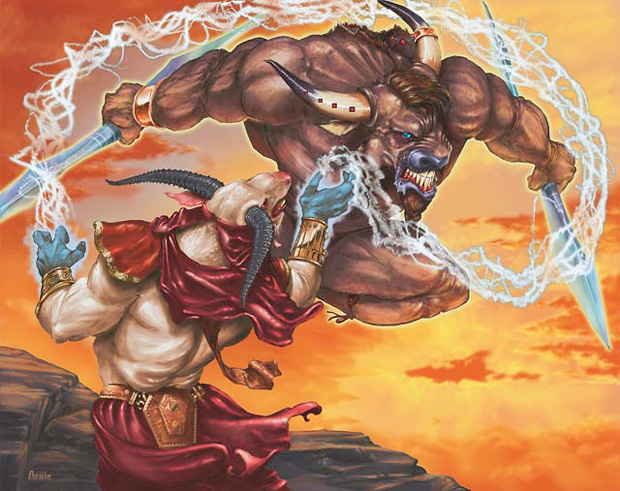 When you think about it, the boomerang had to be thrown at a minotaur. There never really was a choice. 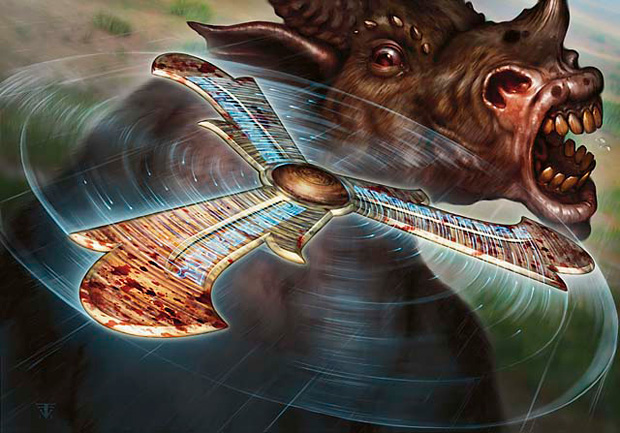 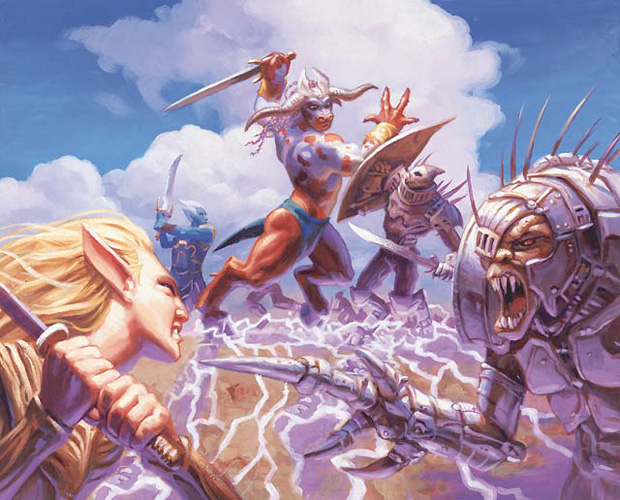 Finding out the hard way that dragons are not music fans. 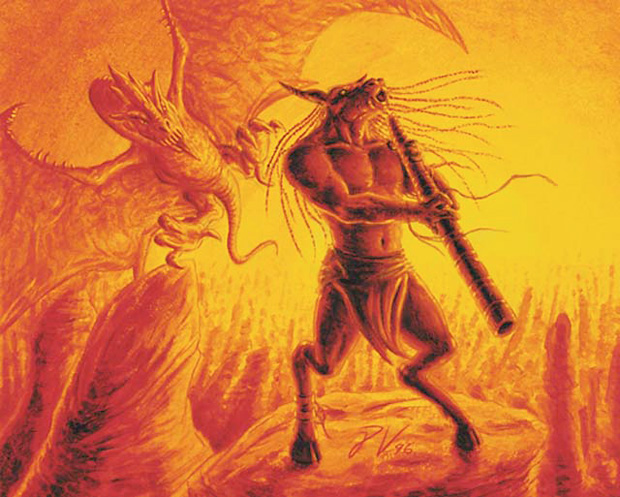 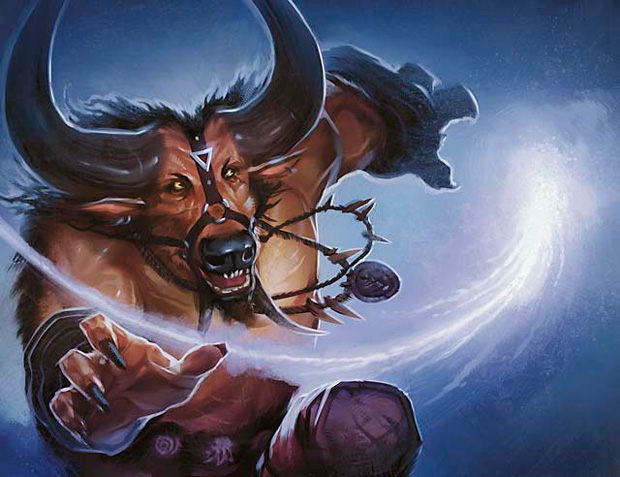 Tethered by a Kor, to a Kor, and impaled by his own sword being ridden, like a surf board, by a Kor. 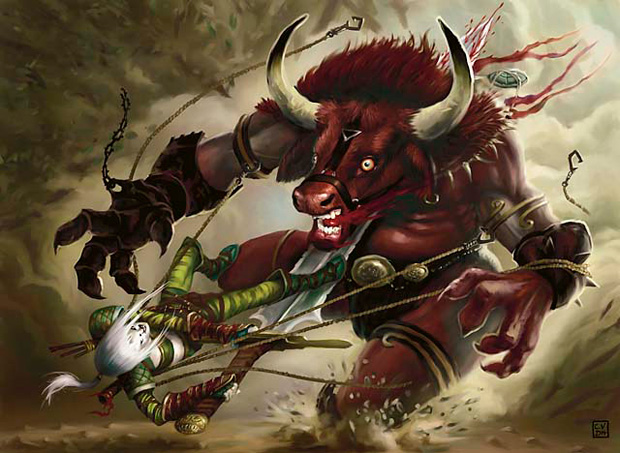 O, woe is the minotaur.