enth Edition (expansion symbol: a big ol’ X) is coming this summer, a Core Set filled to the brim with cards you chose and with some special goodies hand-picked by R&D.

If you recall, one card returning in Tenth is Howling Mine, that classic card-drawer eternally begging to have its symmetry broken. You selected Ralph Horsley’s sketch for the art of the card, and the final art is done! Here, Ralph takes you through the process of creating the new Howling Mine art, in his own words. 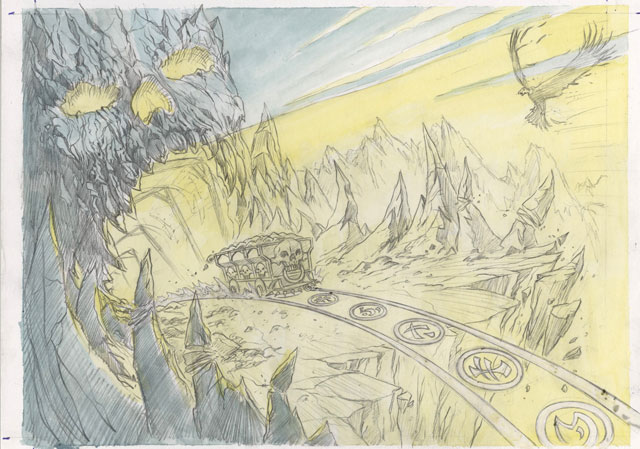 I wanted to acknowledge Dana Knutson’s previous version of this card and had designed the sketch around that theme.

In this first stage I started off by masking out the magical ‘track’ with masking fluid, then lay down a basic colour wash. This helps map out the image for me and also helps ‘fix’ the graphite from the pencil sketch in place. 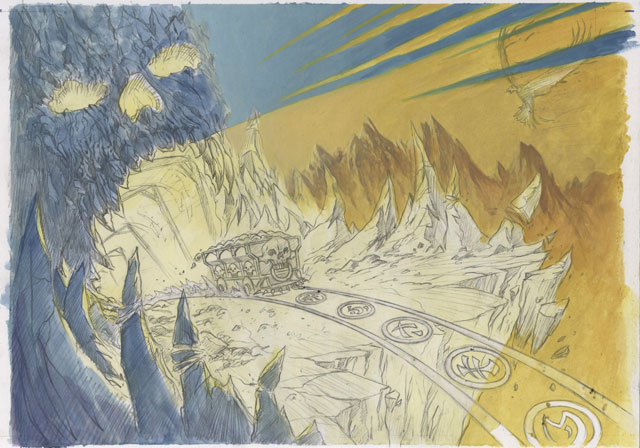 I start painting the background in. I always tend to work from back-to-front and this piece was no exception. I opted for mid-range values against which the foreground elements should stand out more strongly. 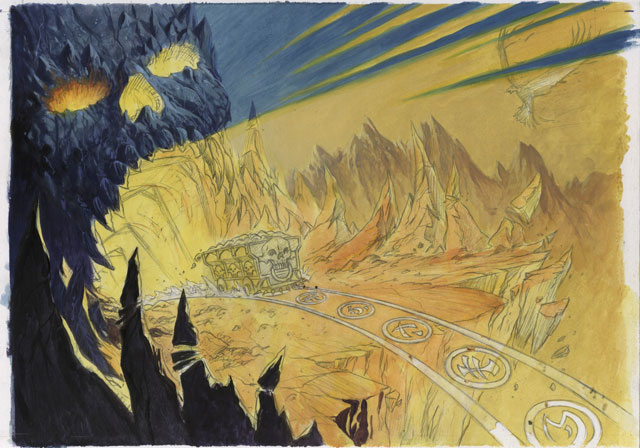 I continue working through the blue area of the image. This is going to have the darkest tones within it and I include those now so that I have this value range to gauge the rest of the painting against.

I also had a quick dabble in one of the eye sockets of the rock face so that I have some idea of how I might render that aspect of the image. 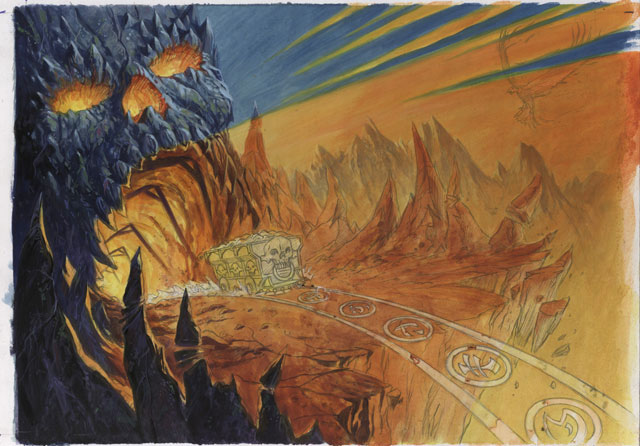 I have added highlights to the rock to help define the form and some other tones and colours into the foreground rocks. I have then begun to build up the yellow to red colour and value range. 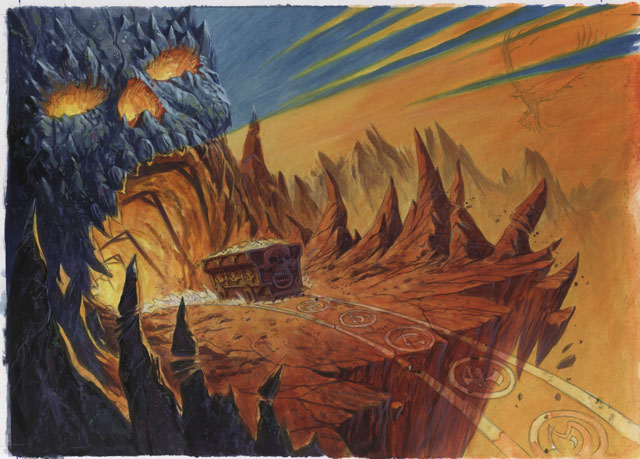 The darkest values have now been completed . I tend to use quite a lot of thin washes to achieve the mid range variation and texture, but a more opaque paint mix for the shadowed areas. 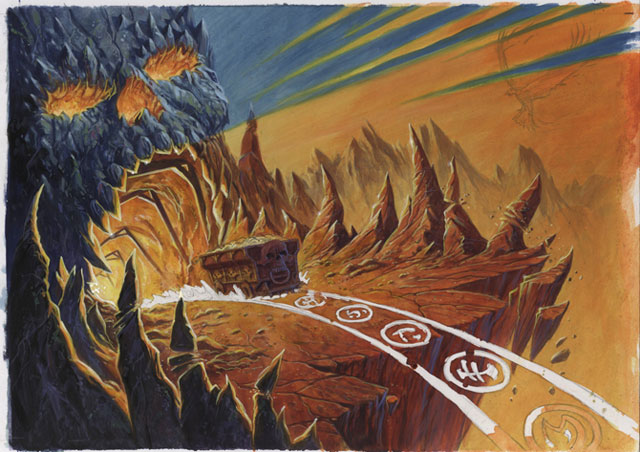 The highlights have been added to emphasize the light source coming from within the maw of the cave mouth, and the truck has been painted.

I am now ready to add the final touches and the masking fluid has been removed. This was left on so that paper underneath stayed white and was not affected by the washes thrown over this area. By ‘masking’ the image in this way I can achieve a purer and more intense colour at the end. 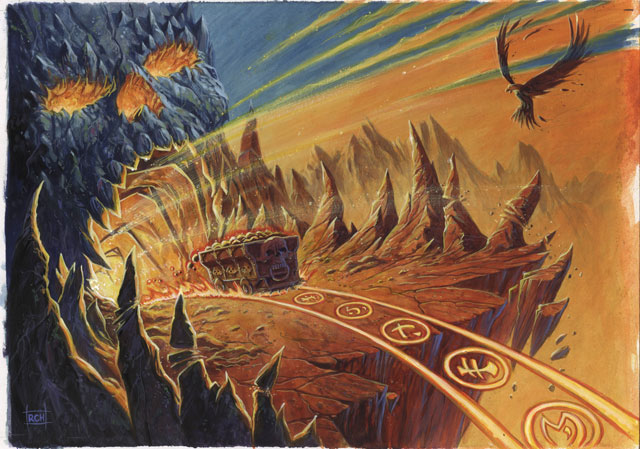 The final touches are added, most of which are intended to convey a sense of movement and an impression of a howl being emitted from the cave. 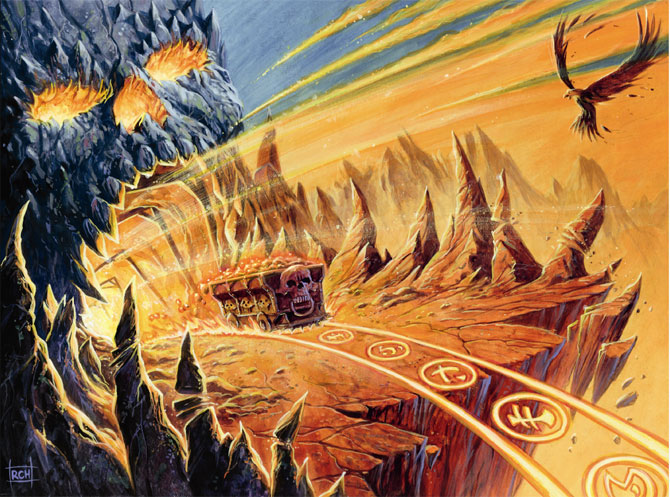