on Spencer's art for the Alpha Terror was submitted with the dimensions reversed. Jesper Myrfors, the art director for Alpha, just turned the art sideways. He thought it looked cool and kept it that way: 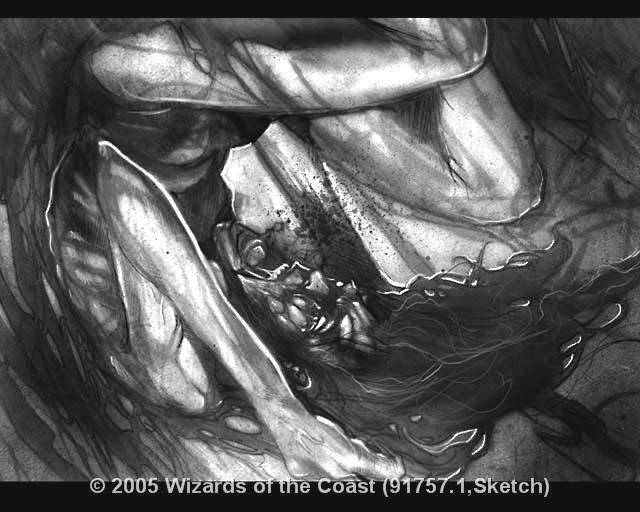 Look familiar? The creative team thought so, too. And they made a similar maneuver in the finished art: 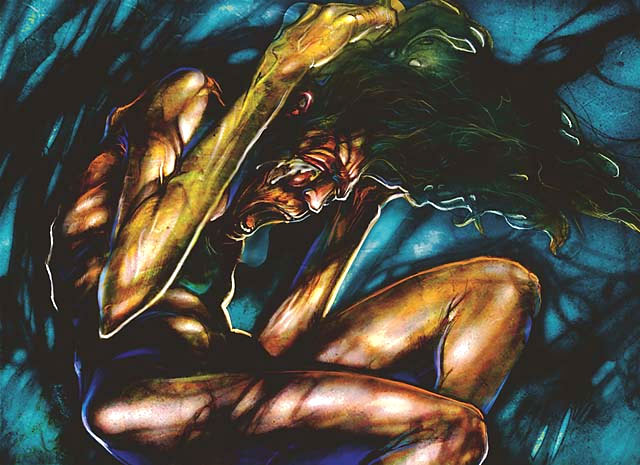 To distance Mortify slightly from that original Terror, since they are so similar in concept (a spell that frightens a creature to death) and now in art, the creative team wanted to emphasize a slight emotional difference in the mood of Mortify. They wanted to crank up the sense of sorrow -- that curl-up-in-the-fetal-position, oh-god-no, I-wish-I-could-unsee-what-I've-just-seen sort of feeling -- rather than the direct-to-the-loony-bin, abject terror in Ron Spencer's Terror. Note how the open-eyed freak-out of the sketch has turned into horrified weeping in the final art. Think of that next time your Orzhov deck Mortifies a critter!