onspiracy finally releases tomorrow and we can hardly wait to get started cracking conspiracies and revealing hidden agendas. But while we carefully plot our drafting schemes and plan our alliances (only to later break them, of course), let's take a little time to explore the wilds of Fiora, the home plane of Dack Fayden, by looking at the various tokens Conspiracy will be bringing to the table.

There's only one way in the set to make Zombies, but with Wakedancer as a common, you better believe this guy will be shambling all over your drafts. 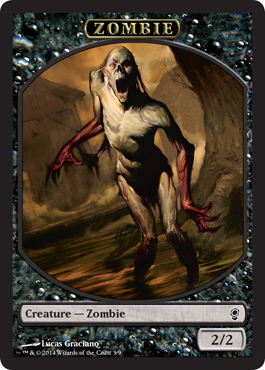 Spirits are a big part of white's flavor on Fiora, as Doomed Travelers constantly find themselves falling prey to the intrigue around them. But the constant Rousing of Souls—often fomented by some Custodi Soulbinders—means there will be many of these flying around once Conspiracy releases. 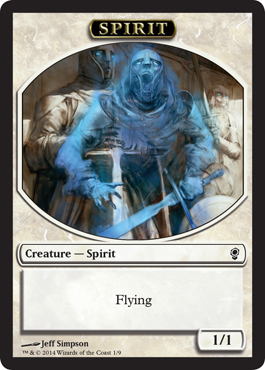 Evan Shipard did an amazing job capturing just how terrifying and large the Demon can be that comes out of Reign of the Pit. 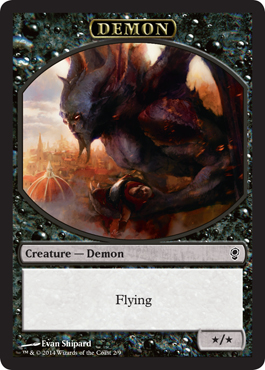 Have you read Grenzo's Rebuttal? That cards is all kinds of destructive, scaling up for every player in the game in its wanton demolishing of the table. Oh, and it also happens to come with a 4/4 Ogre that looks a lot like this: 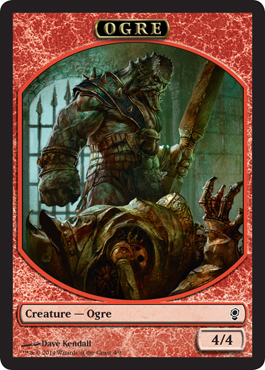 Elephants are surprisingly running rampant in Conspiracy, matching Spirits with three cards that produce them. Terastodon is a bit hard to find, but Selvala's Charge and Elephant Guide will surely be trampling over the opposition left and right (and across). 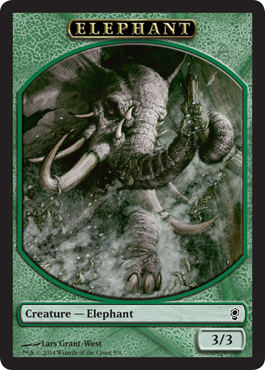 It's the triumphant return of Squirrel! You can see just how excited Level 5 Judge Toby Elliot is to play with Squirrel's Nest in the Conspiracy draft and play video. 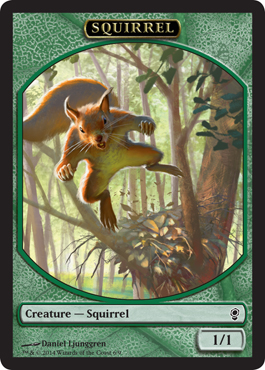 Predator's Howl and Wolfbriar Elemental are both capable of putting entire packs of Wolves onto the battlefield, so make sure you have some of these beauties handy! 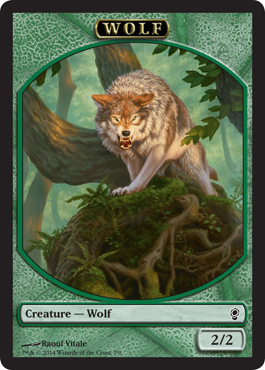 Here's a new one. You can actually start the game with the 1/1 Construct token in play with the conspiracy Sentinel Dispatch. And if you want more Construct action, Flamewright lets you both make more and put them to good use. 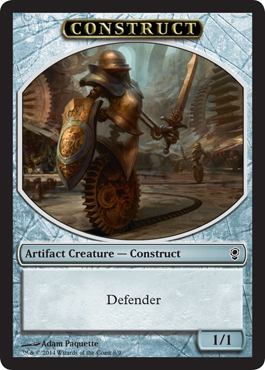 Okay, so it's not technically a token, but we just had to show off the Dack Fayden emblem that lets you start taking control of all of the things. Plus, it's hard not to get lost in those dreamy eyes of Dack's. It's probably why he's the greatest thief in the multiverse. 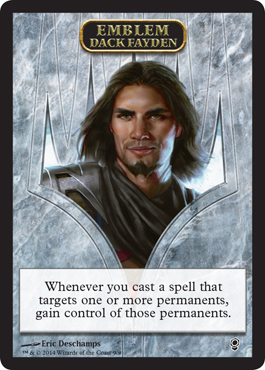