here are a number of tokens in Theros, and we've already shown you a few, but now it is time to show them all to you. 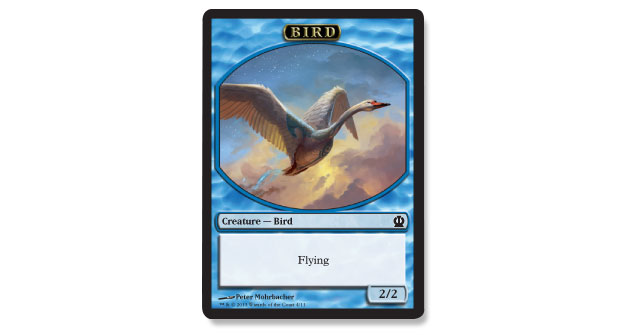 It's a bird! It's a plan—... No it's just a bird. You'll have to keep an eye out for the card which makes this token. 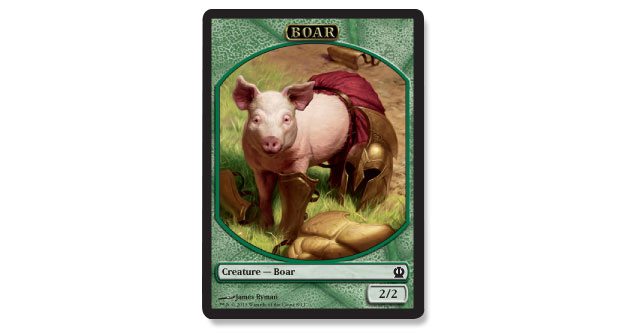 We debuted this adorable token at the PAX Worldbuilding panel and it remains one of my favorite tokens ever. 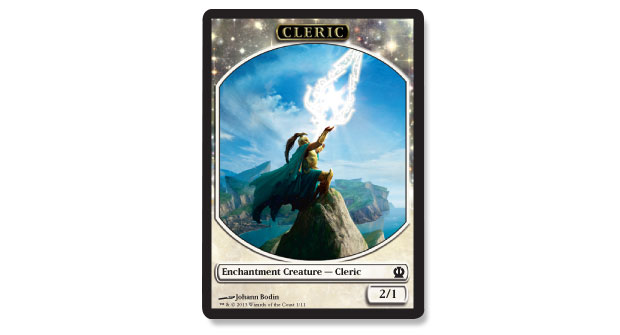 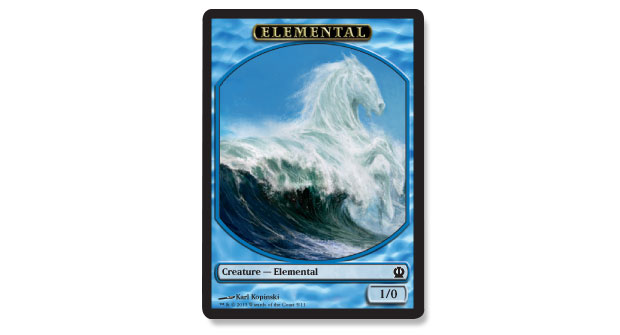 In ancient mythology it was the god of the sea (Poseidon/Neptune) who created the horse. Which I always found odd because you'd think they'd make an animal which could swim better. In any case, I'm sure it's coincidence that this Elemental features a horse emerging from water. 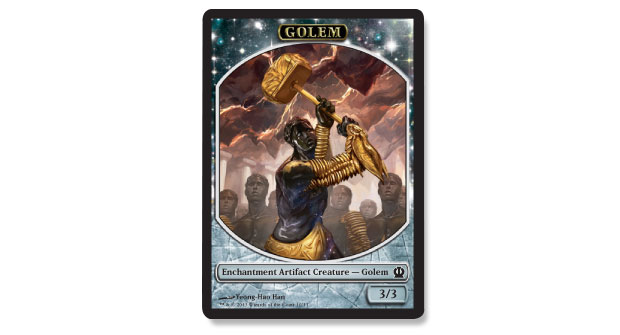 This Golem is forged by the Hammer of Purphoros, the god of the forge. 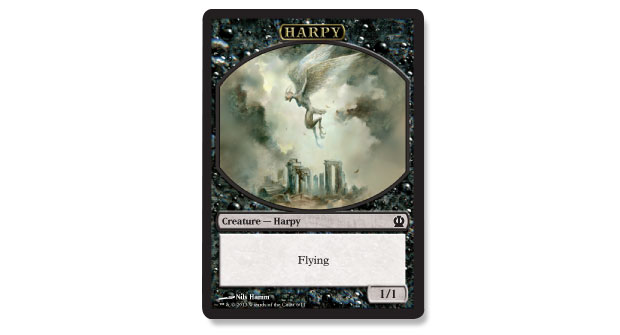 I love this Harpy flying over ruins of some city in a cloudy stormy sky. 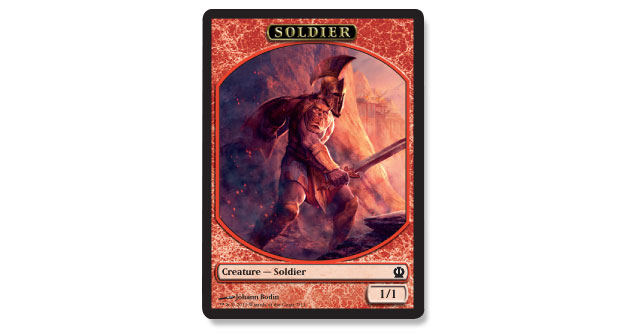 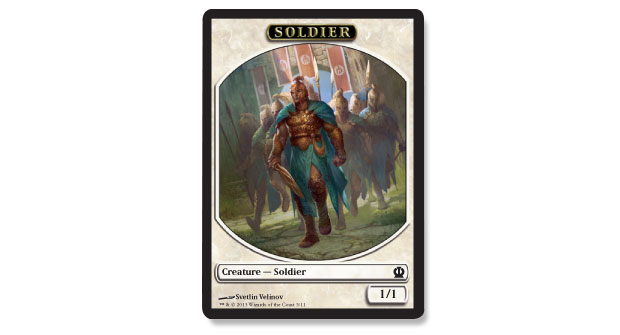 And a white Soldier token! 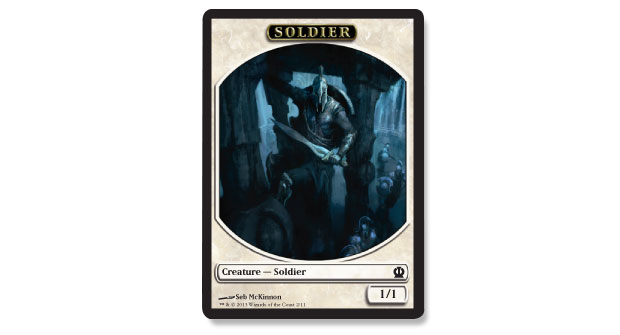 And another white Soldier token! So many Soldiers! 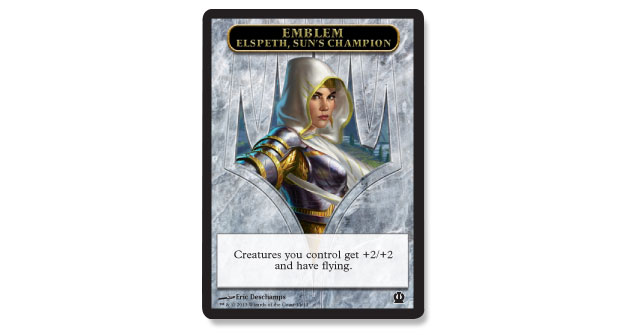 Lastly we have Elspeth's new emblem.