is Urza's Tower from Antiquities:

But so is this:

Back in Antiquities and later in Chronicles, Urza's Tower (and its brethren, Urza's Mine and Urza's Power Plant, and many other cards) were printed with four different art versions. Urza's Mine and Urza's Power Plant depict four different conceptual interpretations of the “mine” and “power plant” concept; click the anvils in the Gatherer window to see Mark Poole's paintings for each.

But the Urza's Tower card was different.

In each case we see a similar tower, but in a different location.

The reason has to do, appropriately enough, with mana. Early on, study of ancient Thran artifacts kindled in Urza the artificer's passion. Under the tutelage of his mentor Tocasia, Urza and his brother Mishra learned to develop increasingly complex mechanical wonders. As his zeal for artifice expanded, so did his need for resources. Urza erected these towers to facilitate the extraction of mana from a variety of locations, which is why you see Urza's Towers set against several different backgrounds. 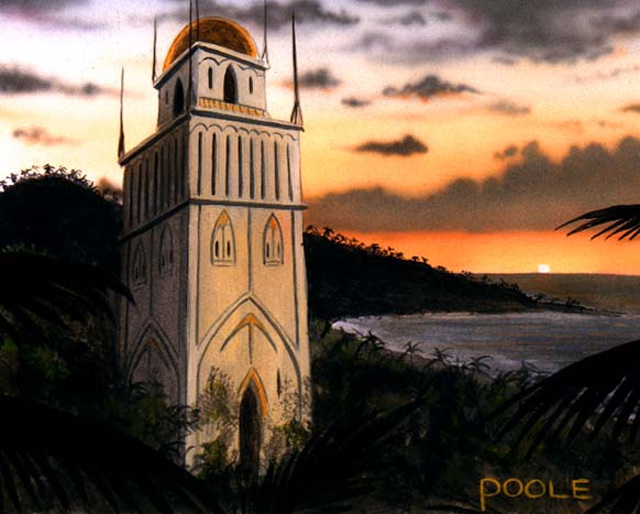 Later, following the cataclysmic events of the Brothers' War, Urza became a planeswalker—a being with the power to travel from plane to plane of Magic's multiverse. (Every game of Magic you play, you play as a planeswalker—a hurler of Ravnican spells, Kamigawan spells, even ancient spells from bygone Dominaria.) The cost to the multiverse was high, however; events surrounding Urza's war with his brother left vast swaths of Dominaria strip-mined of their resources, Argoth destroyed, their mentor Tocasia dead, and Terisiare in the grips of the Ice Age.