you might have heard once or twice, Shadowmoor is like the dark reflection of Lorwyn. And that's played out in a few key Shadowmoor cards that were concepted as explicit mirrors of Lorwyn cards. But (like all reflections, really), they're reversed.

In Lorwyn, the Kinsbaile Balloonist flies around, cheerfully giving other creatures rides through the air. Flip the switch, and you get the much less friendly Kinscaer Harpoonist shooting them out of the sky.

Here's the Kinsbaile Balloonist. Click on the "Darken" button to Shadowmoor it up. 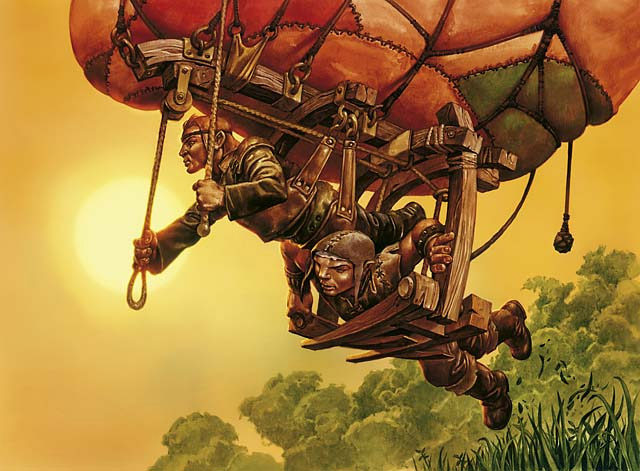 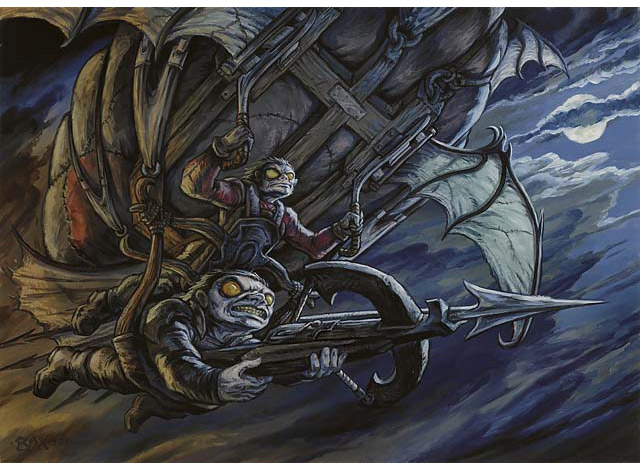 Not all of the "mirror" cards are strict mechanical flip-flops. Rhys, the legendary elf, appears in both Morningtide and Shadowmoor as two cards with linked flavor and art, although his abilities aren't linked so closely.

This time, since Rhys isn't "redeemed" until Shadowmoor, we're starting with the darker one. 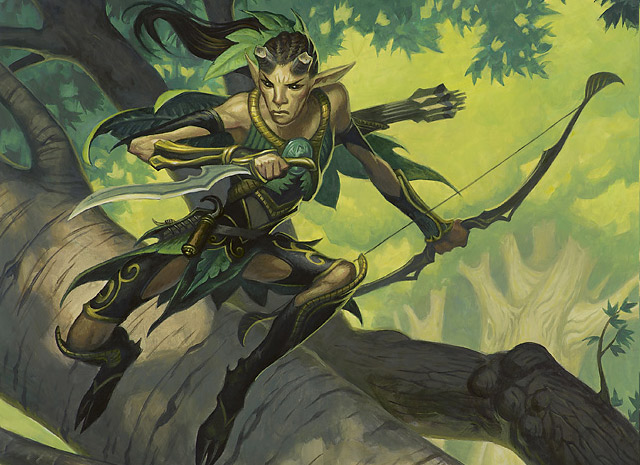 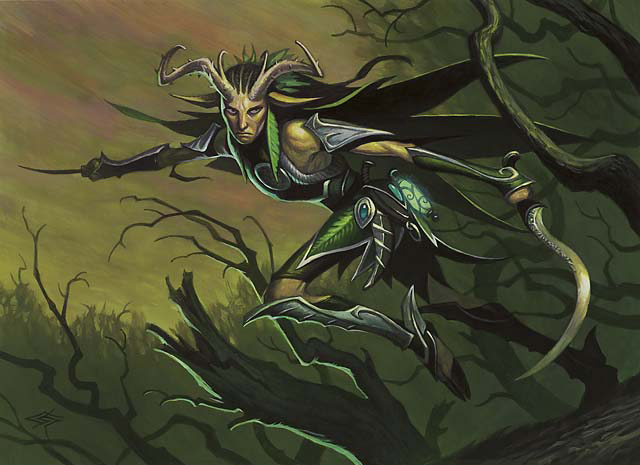 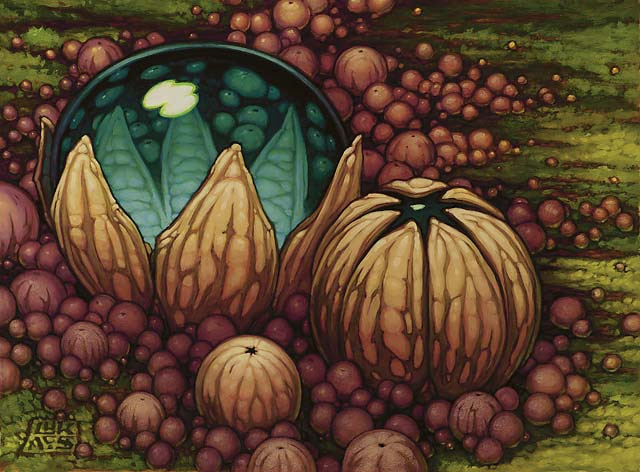 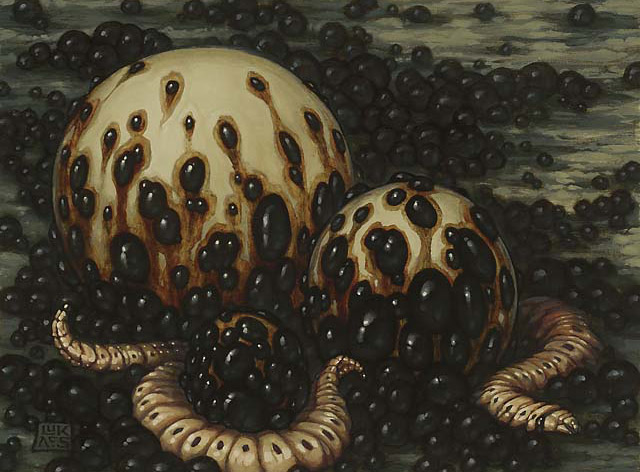 Another Way to Darken

While we're on the subject of "dark reflections", we thought we'd mention that from time to time, cards get new art that can change the mood of the card dramatically. Consider the case of the Bog Wraith: 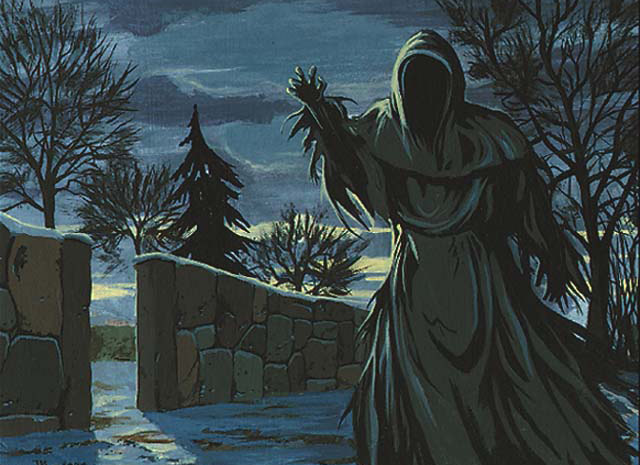 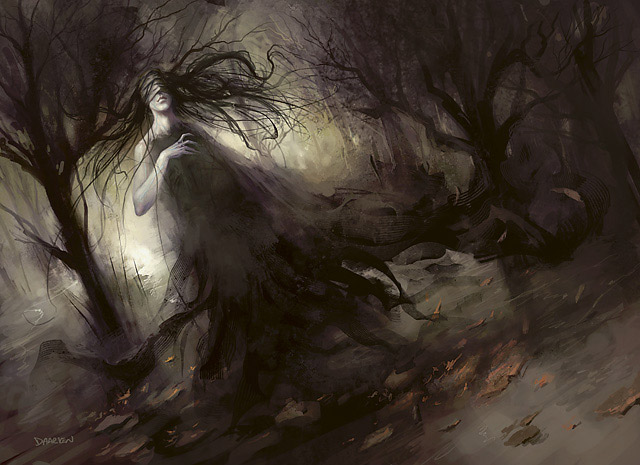