o here we are in Commander Preview Week. But preview cards don't normally get assigned to Arcana. We got to break the news that Sol Ring is in all five decks, but that was a special case. Luckily, however, UltraPro has a couple of new things coming out that tie with Magic: The Gathering Commander. Let''s take a look! 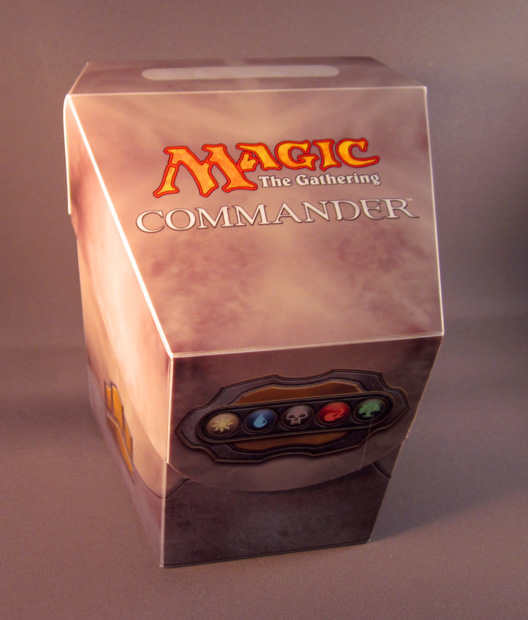 That's the new Commander Deck Box. It holds 100 sleeved cards, which you'll agree is the sort of thing you want in a product with that name. 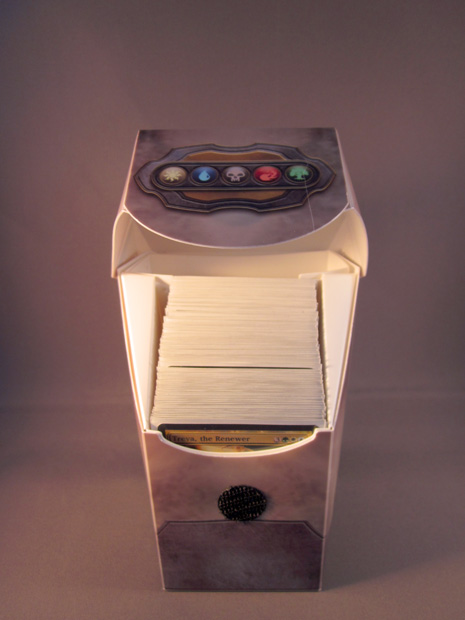 Classy! You might be wondering why it's shaped kind of like a trapezoid. Well, that's in case you have any oversized cards you want to include with your deck! 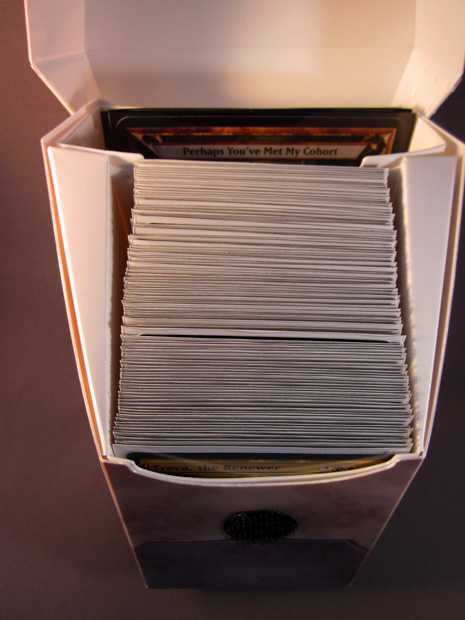 As you might remember, the five Magic: The Gathering Commander decks each come with three oversized foil commanders, which are also included at regular card size. So let's say you want to bring along your oversized commander. Or some Archenemy Schemes. Or Planechase Planes. Or maybe you've got some Vanguard cards you like to carry around. Any combination of those will fit back there!

Did you notice something odd about that last picture? Aside from the presence of Vanguard cards, which were just thrown in there because they were handy. They look a little shiny, don't they? Almost as if they were... in sleeves!

So that's the other part of the announcement. Commander Deck Boxes and oversized sleeves! 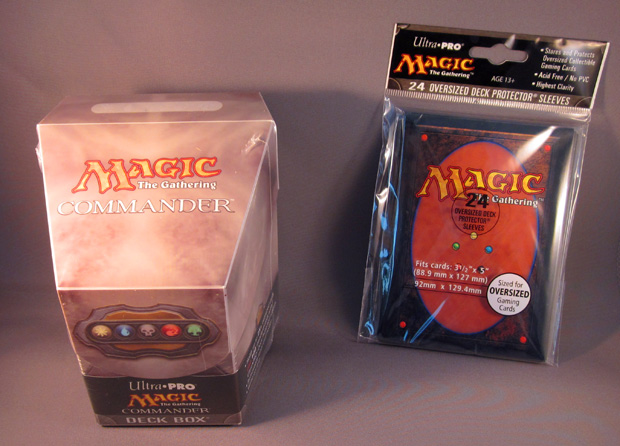