Based on certain textual clues, we think these were probably cards that had to be added to the playtest file before the design process had been completed. Enjoy! 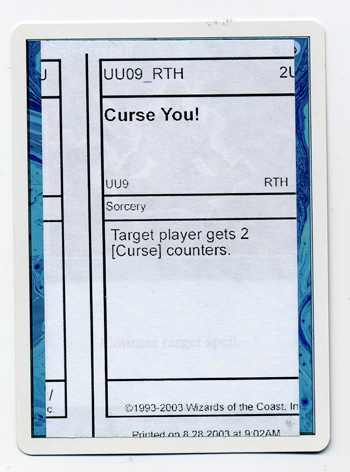 First of all, this playtest card is miscut. So that's kind of annoying. Also, it employs a mechanic that we at Arcana Headquarters cannot identify at all. So this card has very little to tell us about the creation of "Earth," which went on to become Champions of Kamigawa. 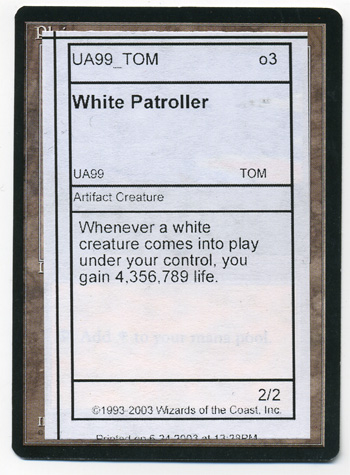 Sometimes, the people in design aim a little high and have to have their numbers tweaked a little by the developers. In this case, we're guessing that gaining over four million life every time you play a white creature was a little powerful. 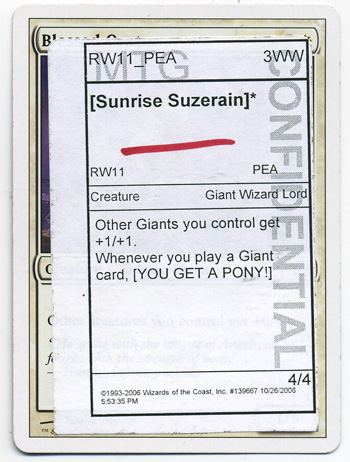 Frankly, we have no idea why this card was changed. Who doesn't want a pony?