A Vedalken in Alara

ot everyone affected by the Reborning of Alara is unhappy about it. Take this woman:

This Vedalken has thrown herself wholeheartedly into the world of Alara, instead of trying to keep everything Espery forever (as described in yesterday's Savor the Flavor). And she's found a snake to be her friend! 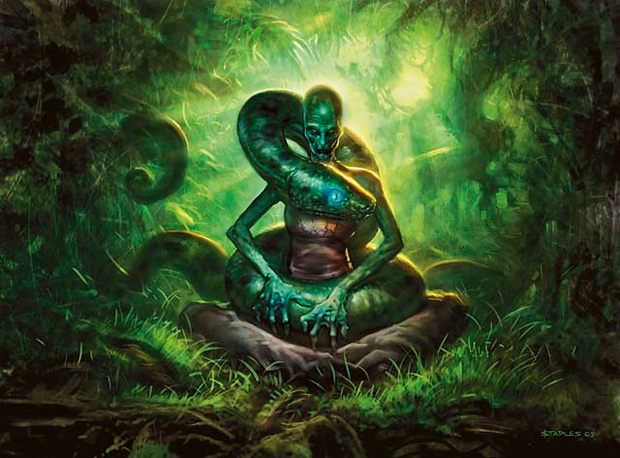 The snake, interestingly enough, has his own card, on which the vedalken makes a guest appearance in the flavor text: 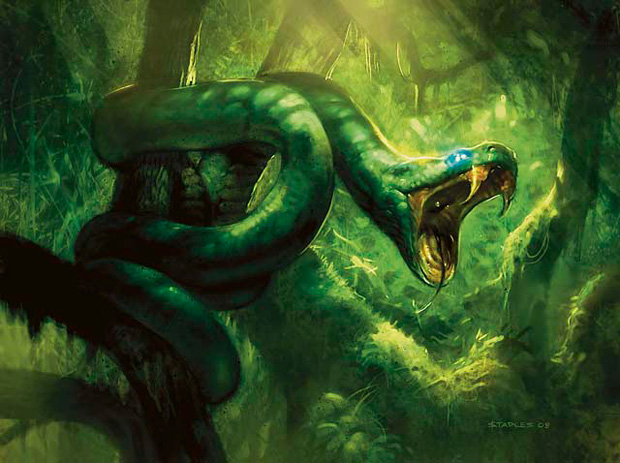