ymbology is a powerful thing. That's why the mana symbols work to represent not only colors but in many cases the idea of what represents each color of Magic. The sun is often seen as purity and the light it produces banishes shadow so there is this idea of truth, all things commonly tied to white. The water droplet for blue mana can be seen to represent tranquility (the card of the same name not withstanding) such as the calmness of a flat lake, often tied to meditation, etc. I could go on for every color but instead I want to draw your eye to an uncommon from Magic 2014.

Here's a look at the notes that artist Franz Vohwinkel had to work with from our creative team:

Color: None (Artifact)
Location: Not important
Action: Show a close-up of vial of noxious purplish-black liquid. A female rogue's leather-gloved hands are about to unstopper the liquid (but she's mostly out of frame -- keep focus on the vial itself). We can see skull-like shapes in the swirling liquid.
Focus: The vial of magical poison
Mood: One drop and you're dead.

So, I've looked at this art a number of times from flipping through the Player's Guide and when I've seen the card in packs while drafting but my brain had never progressed beyond simply seeing a purple swirling fluid in the vial. Turns out that those are little skulls in the vial!

Take a look for yourself. 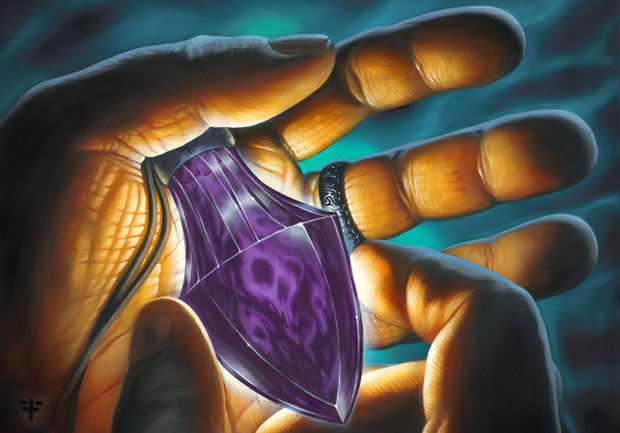 And here's the initial sketch concept he submitted: 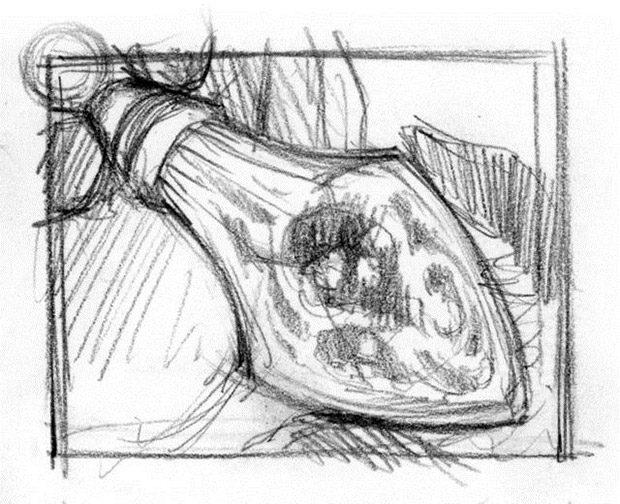