Visions in a Mage’s Jar

Spiral’s magus cycle represents wizards in post-apocalyptic Dominaria who have unlocked the power of ancient artifacts.

Magus of the Jar holds an artifact so powerful that it was banned in Urza Block and Legacy, and remains restricted in Vintage. Why is it so powerful? Because it can hold within it the thoughts of even the mightiest of mages.

Take a look at the art of Memory Jar. In it, the mystic jar has smashed to pieces, and its former owner’s memories spill out. 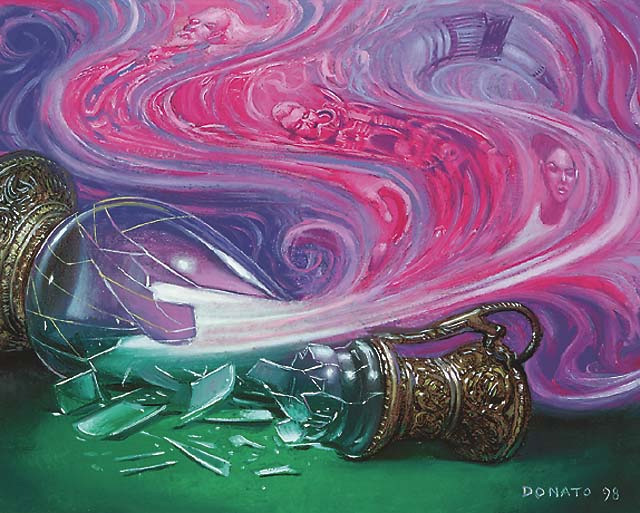 The art of Memory Jar is meant to depict the stored memories of Urza himself. You might recognize older, bearded Urza and a younger Urza (see the art of Urza’s Armor) among the visions. Note also the great wizards’ school, the Tolarian Academy (upper right), shown at a time before it is destroyed.