t's time to take another look at the Wall of Mythic Rares! But first, a quick recap! When Zendikar was being developed, Aaron Forsythe had all the mythic rares displayed on the wall outside his office. From across the room (where the web team was stationed at the time) it looked like this:

The idea was that the cards needed some extra eyes, so they were posted semi-publicly so people could comment on them. We've already dealt with Fire Dog Dinosaur (Obsidian Fireheart) and Loruthos the Deeplord (Lorthos, the Tidemaker). Today, we'll look at DIala, Archangel Colossus! 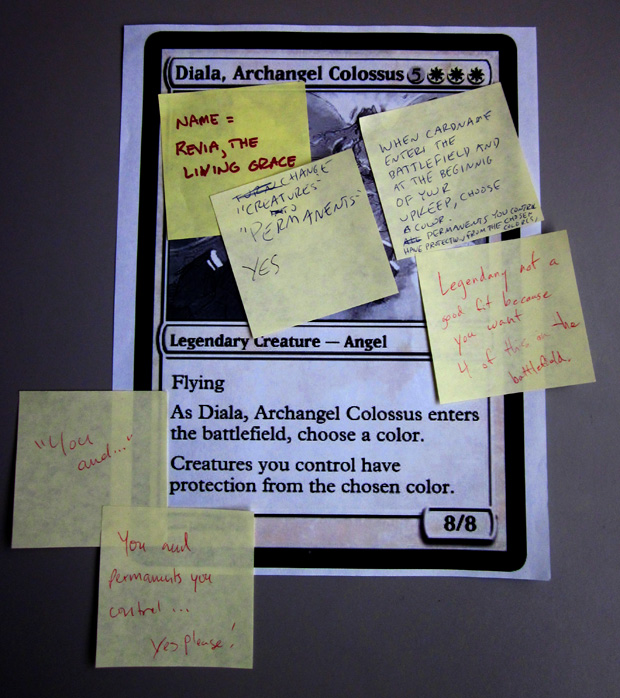 As you can see, the card as it stood at the time was an 8/8 flier that gave protection from a color. Here are the notes:

You and permanents you control...

Legendary not a good fit because you want 4 of these on the battlefield.

When cardname enters the battlefield and at the beginning of your upkeep, choose a color. Permanents you control have protection from the chosen color(s).

After all those comments, it was clear that people liked the idea of a giant, flying color-hoser. But the mechanics of giving everything protection weren't achieving consensus. After a few more rounds of sticky notes, here's how the card ended up: