What Does Curse of the Cabal Depict?

to what is turning out to be “Curse of the Cabal Day” on magicthegathering.com! In addition to Card of the Day and Chris Millar’s article on the card, today Magic Arcana focuses on the art of, and flavor behind, Curse of the Cabal.

In the Odyssey and Onslaught Block storylines, the Cabal was a twisted and corrupt brotherhood always lusting for Otaria’s reins of power. The Cabal hosted—and fixed, and profited from—brutal but broadly popular pit-fights. The coliseum where the pit-fights occurred can be seen, logically enough, on John Avon’s Cabal Pit: 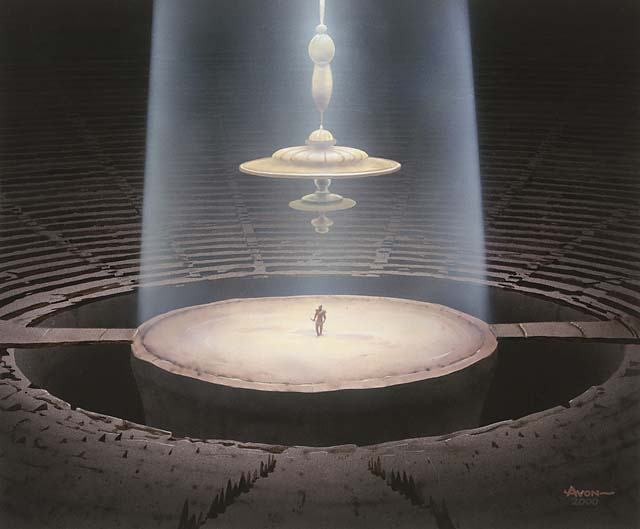 Now fast-forward to post-apocalypse Dominaria. The Cabal’s twisted influence can still be felt, years and years after the fact, thanks to fractures in Dominaria’s timeline. Curse of the Cabal draws upon the this time-warped essence with an effect similar to that of the Braids, Cabal Minion card.

In the art of Curse of the Cabal, you can see one pillar of the Cabal pit poking through from that bygone time. That electric-blue transition between dimensions is the “suspend visual cue,” as you can see on many other suspend cards. 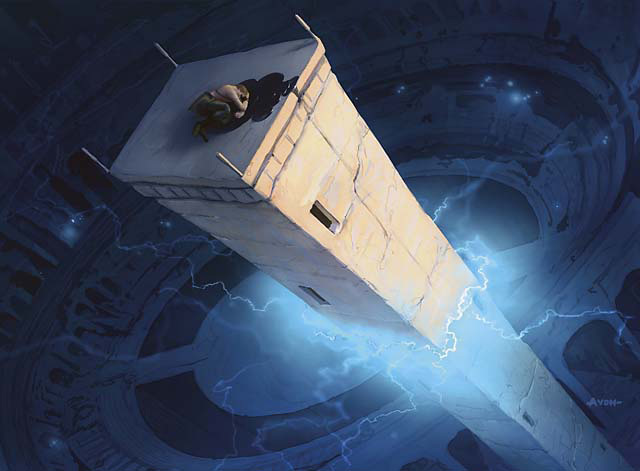 The crushing influence of the Cabal has devastating effect on the poor figure in the art—his body lies broken and black ooze puddles around his body. That’s what you get for messing with the Cabal—even generations later!