"What If?" with Odyssey art

What if we always used the art that was submitted for each card? Well, things would certainly look different, and we like to think that they'd make a little less sense.

Here's how some familiar Odyssey cards would look if we kept the art that was submitted for them: 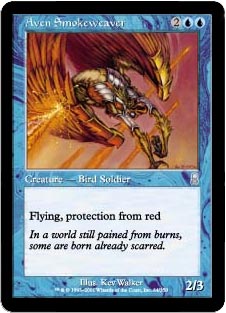 Yes, that is an Aven in the picture. But it was supposed to have protection from red, and it's difficult to see if the firebolt is hitting it or bouncing off. Plus, the image has a very red look to it, so this art was eventually moved to Flame Burst. 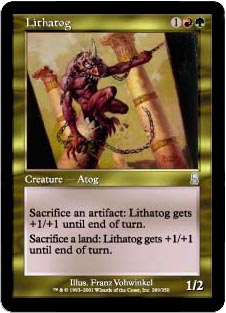 When the art came in for the five Atogs, this one stood out as not "atogish" enough. Atogs generally have a cartoon-like feel to them, and this bruiser definitely did not. It was assigned to Chainflinger (which was previously going to be a dwarf). 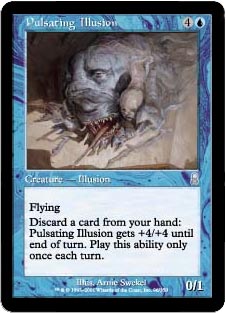 This was another issue of "feel." The submitted art was quite spooky, as opposed to the just plain "weird" that we normally associate with blue Illusion creatures. So it was moved to a more suitably spooky black card, Bloodcurdler. 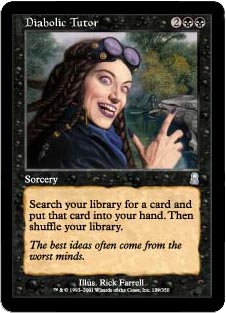 The art submitted for Diabolic Tutor was so impressive and powerful that Continuity and R&D decided to go back and create the card Braids, Cabal Minion just to give it a more suitable home. Now there's an example of the design process in reverse!