What It Rides Is Up to You

ave you seen Scythe Specter from the Magic: the Gathering Commander Devour for Power deck? No? Take a look:

That's some Specter! Not only does it make your combat-damage-riddled opponent discard a card (like most of the other seventeen Specters in Magic) it makes all opponents discard, no matter which opponent in a multiplayer game took the damage! Then, when all the discarding dust has settled, the person who discarded the card with the highest converted mana cost—or persons if there is a tie for the highest—loses that much life! Good thing I like to hold onto lands to trick my opponents into thinking I have some type of counterspell.*

But what's the specter riding? Is that some type of insect-mandible type dragon-drake-elemental creature? Let's take a look at the art: 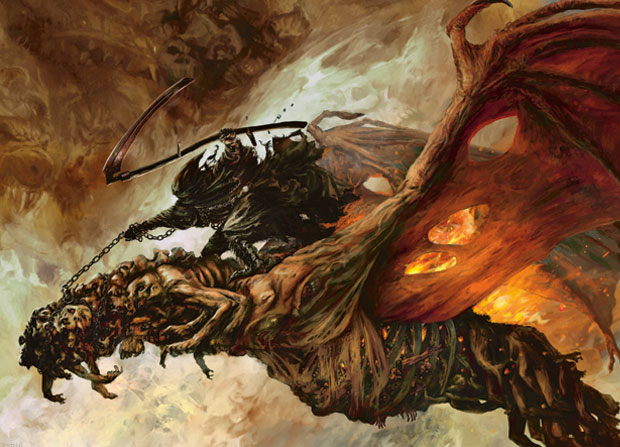 Color: Black creature
Location: Strangely colored sky
Action: Show a specter, which in Magic is a ghostly, faceless, hooded figure that rides an undead flying creature of some kind. This specter carries a huge, evil-looking scythe, and its tattered cloak billows out behind it. What it rides is up to you** -- could be an undead or skeletal drake or bird, or something much stranger (as long as it flies).
Focus: the specter
Mood: A sower of nightmares

If that wasn't enough, the specter, along with the winged, un-dead cluster, are flying through a cavern of perturbed-looking, possibly dead creatures! Presumably representing all those cards your opponents just discarded.

Zoom in and enhance!

Let's see, there is a snarly wolf and a sleeping lamb:**** 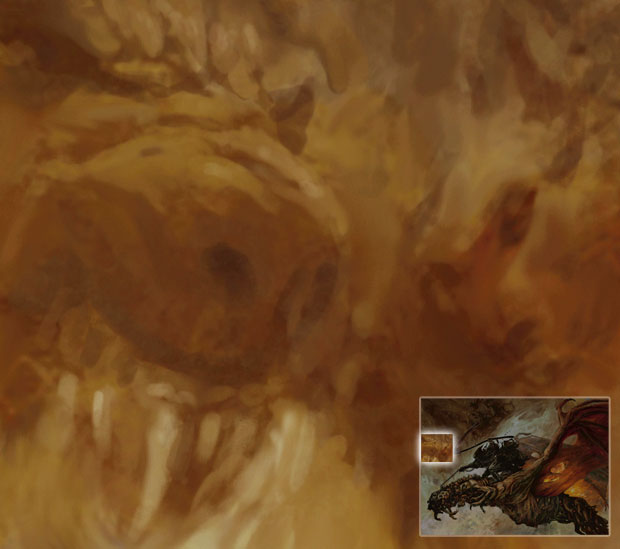 ...an amphibious, big-mouthed creature in need of a dentist: 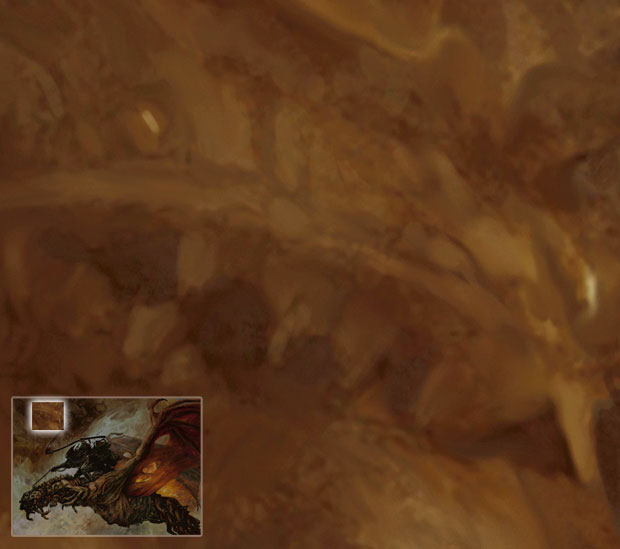 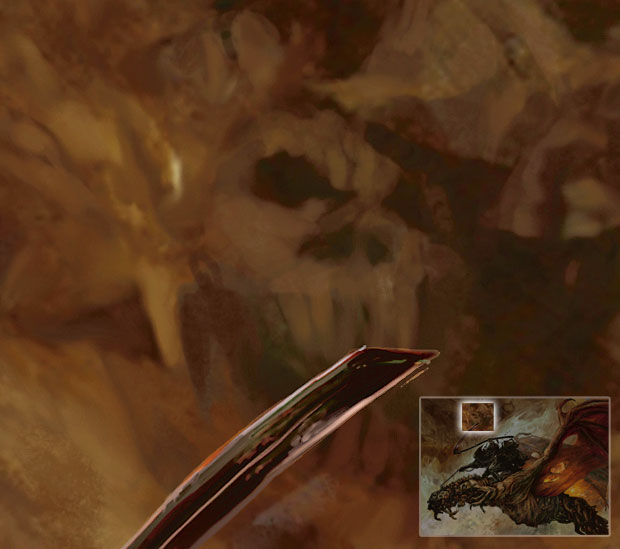 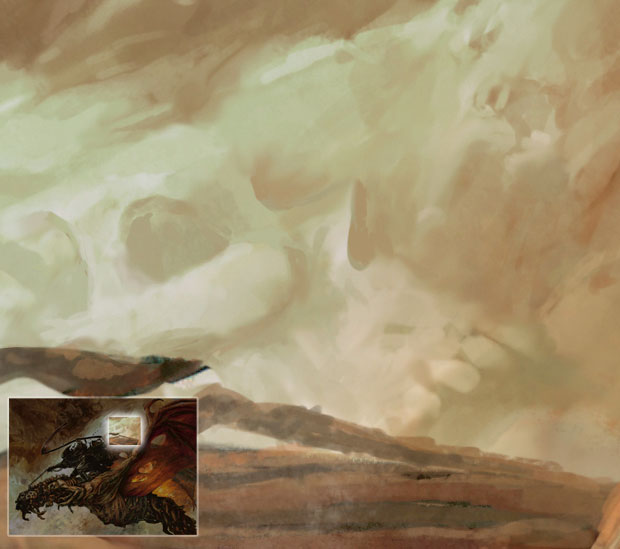 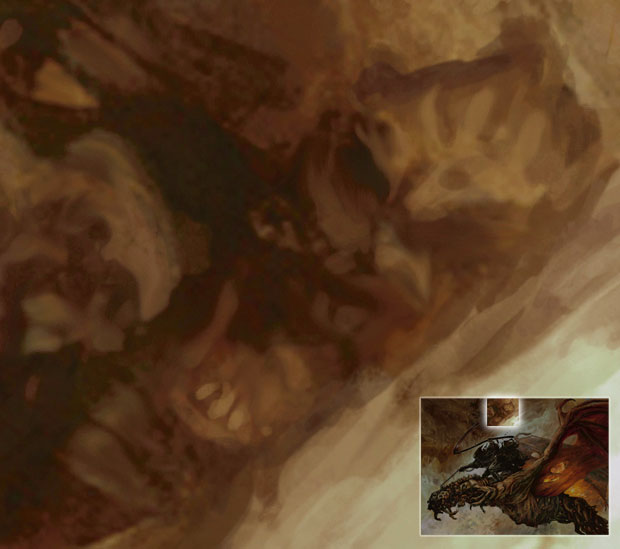 Does somebody have a copy of Dismember I can borrow?

* Did I just say that? Now everyone knows my secret.
** "What it rides is up to you"! Remind me to never go out in the woods alone with Vincent Proce.
*** Ewww here meaning "awesome."
**** All lambs are sleeping, not dead, unless otherwise noted. C'mon, they're lambs.