always exciting when art starts to arrive at the Wizards of the Coast offices. All of a sudden, walls that were once bare and uninspiring bristle with the first images of the new set.

Now, obviously we can't show you what the art wall looks like right now (although you might be interested to know that the future looks awesome), but we can give you a peek at what it looked like when the Lorwyn art started showing up. 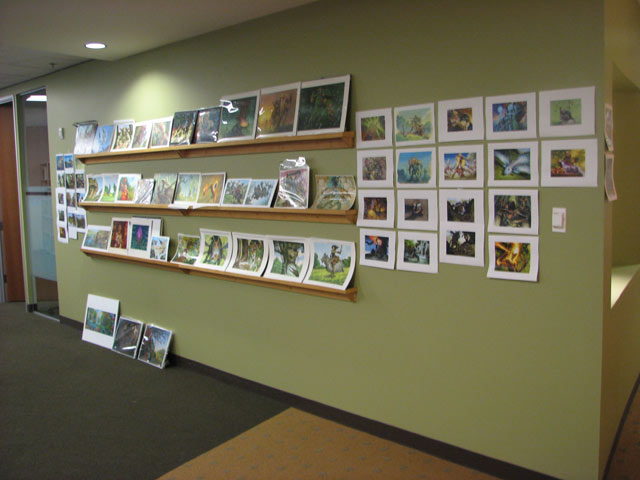 Let's take a closer look at some of these pieces! 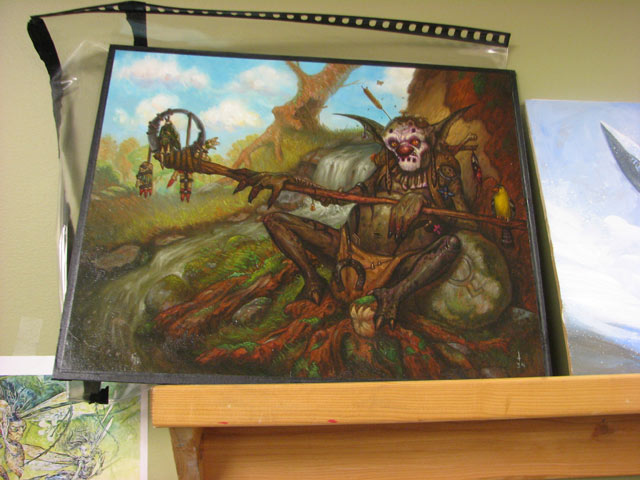 This is Jim Pavelec's Knucklebone Witch art. There's also a bit of Omar Rayyan's Glen Elendra Pranksters in the corner -- note that that's only a printout of the art down there, which is why it's taped to the wall. 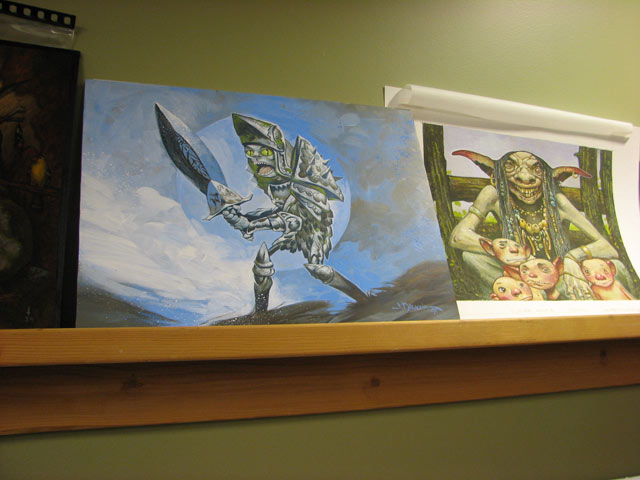 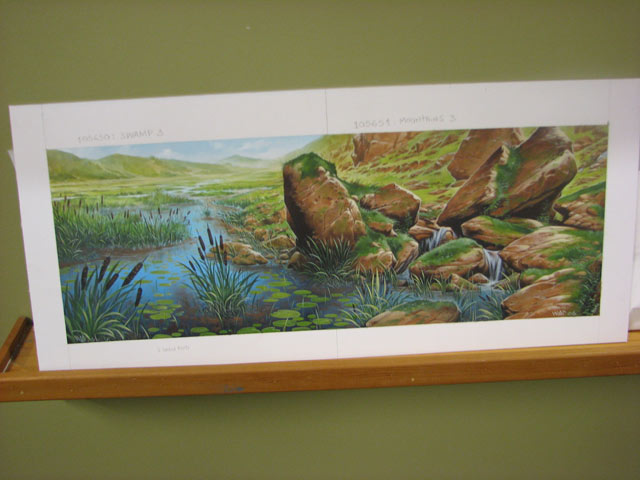 You've seen Wayne Reynolds's Swamp/Mountain mural before. But here's three of the Lorwyn two-land murals together: 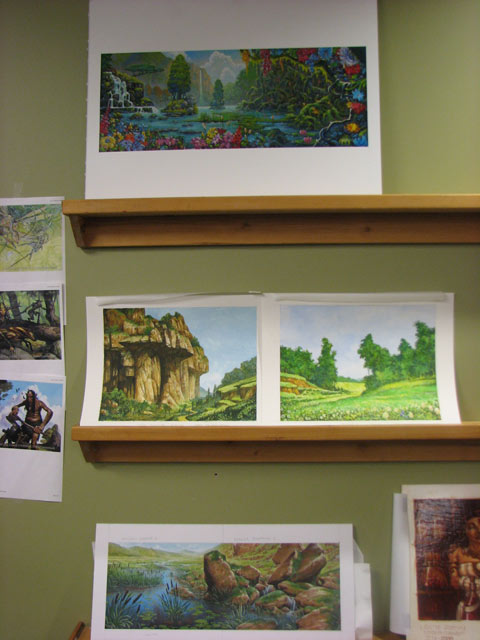 From top to bottom, that's Ron Spears (Swamp/Island), Larry MacDougal (Mountain/Plains), and Wayne Reynolds (Swamp/Mountain). They look pretty cool next to each other like that!