We're taking a two-week holiday break and will be back with new stuff on Monday, January 2, 2012. Until then, please enjoy our favorite Arcanas of 2011. This article originally ran July 20, 2011.

sn't it great that there are new cards in core sets now? Why, just check out Warstorm Surge here:

That's some handsomely lightning-filled Raymond Swanland art, and it merits a closer look. 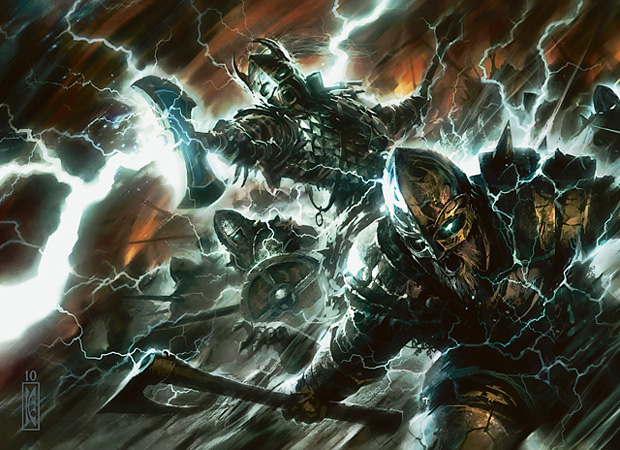 One of the neat things about a card making its debut in a core set is that the art can show a plane that isn't the setting for an entire block. And the flavor text of Warstorm Surge contains a reference to its plane:

"Listen to the roar! Feel the thunder! The Immersturm shouts its approval with every bolt of lightning!"

The Immersturm is on the plane of Valla. Here's a closer look! 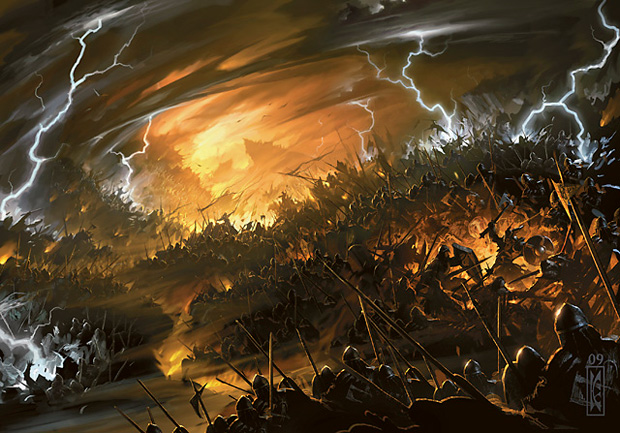 Yeah, that looks like the sort of place that would have a Warstorm Surge. We'd love to claim that Warstorm Surge is actually depicted inside the art of Immersturm, but instead we'll just have to pretend that it's taking place just out of the frame.