et's take a break from the announcements of new products. It seems like every Arcana since the beginning of 2010 has been announcing something. It's time to get back to basics, by which we mean "showing things in art that you might not have noticed." So: Roar of the Crowd!

Fairly straightforward ... except where's the crowd? Let's blow the art up and look for it! 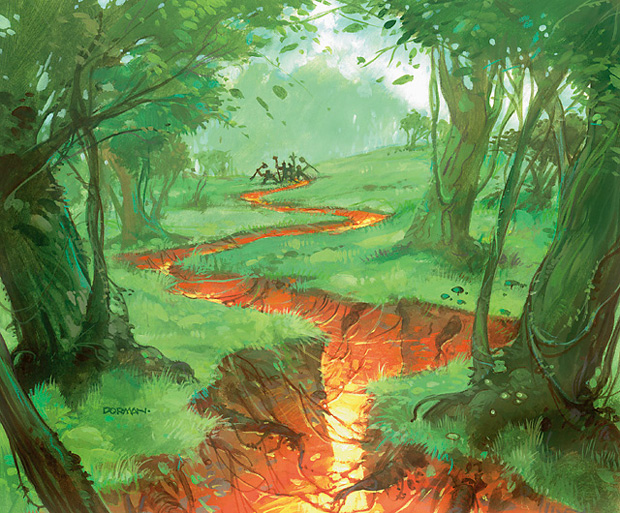 Roar of the Crowd | Illustration by Dave Dorman

Ah! They're off in the background. Clearly, it is their combined roaring that has split the forest in two. Here's the art description:

This spell represents a kind of sonic attack. Show a jagged fissure in the earth that starts in the distant background and leads straight to the viewer. Bright orange-yellow light shines from within the fissure. At the fissure's point of origin in the background, the silhouette of a small group of humanoids can be seen -- it should be unclear what kind of creatures they are.