World Championships 2007: A Weekend of Magic for Everyone 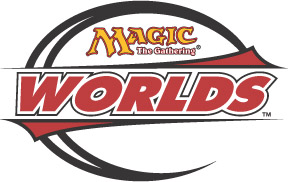 week's Magic: The Gathering World Championships isn't just a tournament to determine the best of the best of the professional players. It's also a giant convention of Magic for everybody—including you. So why should you attend Worlds? There are dozens of reasons—here's sixteen or so.

Magic on national television!
Thursday morning, Magic: The Gathering will be featured on the CBS Early Show and we're looking for 200+ Magic fans to appear on live national TV in NYC! Buses will take players from the Javits Center (11th and West 35th) to the CBS Studios at 7 a.m. For the early-risers, there's free product and swag for the first 150 people to get on the buses. Buses will depart the studios to bring players back to the Javits Center at 8:45 a.m. If you're competing at Worlds, don't worry about being late for the first round—a separate bus will depart at 8:15 a.m. and have you back at the Javits by 8:45 a.m. If you’re interested in participating in the trip to CBS Studios, please contact pr.wizards@gmail.com.

Artist signings!
Four absolute powerhouses of Magic illustration—Aleksi Briclot, Rebecca Guay, Jim Murray, and Paolo Parente—will be on hand at Worlds in New York to sign your cards. Click here for more information on these artists and their cards.

Opening ceremonies!
Check out the parade of each country's Magic national champions, and then watch Kai Budde, Zvi Mowshowitz, Tsuyoshi Fujita, Nicolai Herzog, and Randy Buehler get inducted into the Hall of Fame!

Show up and get a premium Mirari's Wake!
For showing up. To Worlds. At all. You get. A foily Mirari's Wake. You don't have to sign up for an event, you don't have to win a game of Magic. You just get this. It's a bribe, see. You show up at the Jarvits Center, we give you your Mirari's Wake. It's that easy. Will you come to New York and get your Wake already please?

Super Friday Night Magic!
Booster packs and FNM promo prizes to the winners, and free pizza and soda to all players! The format is Lorwyn sealed, and all participants get a December FNM promo card in addition to their food for playing. See the public events schedule for more.

Daily drawings!
Gaming Etc. is donating a load of incredible product to be given away each day, including "Power Nine" cards, booster boxes of older sets, Magic Online coupons, Magic art prints, and Magic accessories. It's free to sign up for the drawings—just visit the information booth or play in a side event!

Original art prizes!
Play in the Public Events, and you could win Jim Murray's original art of the Lorwyn incarnation Vigor, or some canvas art prints!

Question Mark!
Magic Head Designer and trivia buff Mark Rosewater will be on hand to run some serious trivia on Saturday night. Team up in groups of three—the winning team gets a set of iPod Shuffles!

Worlds Multiplayer Free-for-All!
Battle for survival in tables of eight until the last eight or standing—and then play a final rumble to determine the Worlds multiplayer champion. This even is non-sanctioned, and is therefore open to Wizards employees! You might play against members of Magic R&D, Magic Brand and/or, if the rumors are true, some Hall of Fame members.

Incredible side event prizes!
Here's a sampling of top prizes for side events (open to all!) going on at Worlds:

Eight-player pick-up tournaments!
These are going on all day long, from Thursday through Sunday, 10AM-9PM. Formats include Booster Draft, Standard, Extended, and Mini-Master. Win one of the tournaments and walk away with 8 boosters!

Game demos!
Got a friend or relative who's new to Magic? Or want to check out a new Wizards game? All these games will be demo'd on site: Magic Online, Magic, D&D Minis, Star Wars Minis, MapleStory, A&A Minis War at Sea—and there's an RPG delve!

Gunslinging!
Grab your favorite deck and come test your skill in a casual Magic throwdown against the likes of R&D Head Designer Mark Rosewater, R&D developer Erik Lauer, Magic Brand manager Elaine Chase, Director of Magic R&D Aaron Forsythe, and many more! Hall of Famers, top players, Magic celebrities...come take them all on. Beat the 'slinger and win a booster pack...or a mystery draw from the box!

Sunday Webcast!
You can view the Sunday Webcast in the event hall, or from home on magicthegathering.com! Tune in and hear Hall of Famer Randy Buehler call it like it is.

Oh yeah, and you can WIN A CAR!
Check out the "Vroom!" events on the public events schedule for your chance to win a Magic-themed 2007 Toyota FJ Cruiser. Will you be the one to drive away a winner?