s 2009 winds down, we look back at what we've achieved and what we hope to achieve in the coming year. And then we show pictures of the Worldwake Fat Pack! 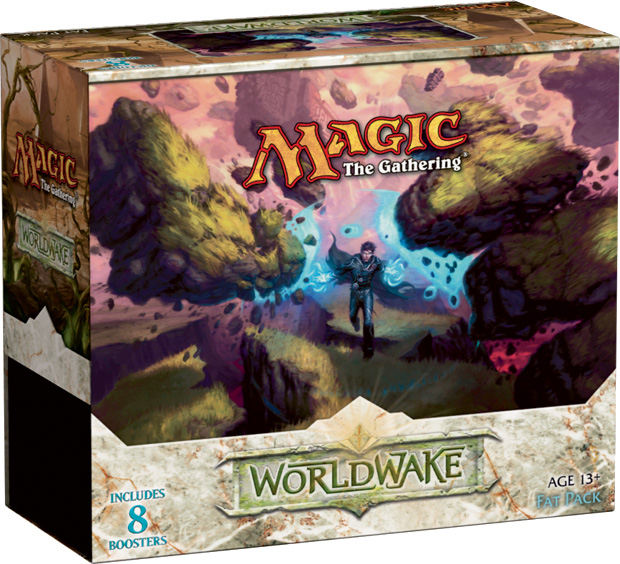 Well, hello there, Worldwake Fat Pack! What treasures do you contain?

Reading from left to right, there's a handsome storage box, the Worldwake Player's Guide (featuring a familiar Planeswalker on the cover), forty Zendikar basic lands (the kind without the text box), the wrapper, a sample chapter from Robert B. Wintermute's In the Teeth of Akoum, and eight Worldwake booster packs.

We'll give you a closer look at those boosters tomorrow, but right now we're more interested in the art by Eric Deschamps, featuring Jace dealing with some unusual Zendikar weather. 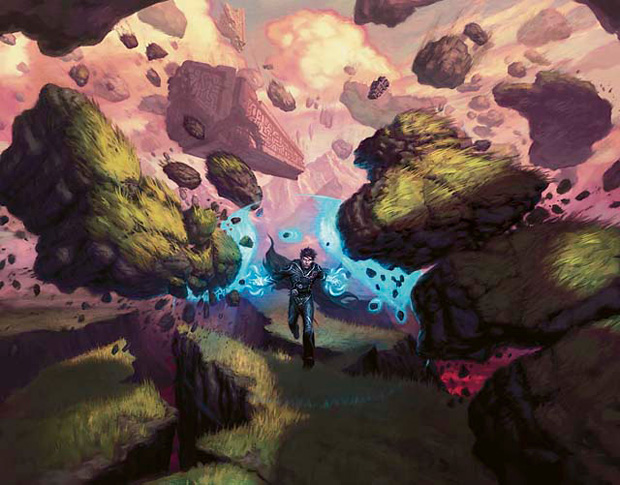 (Note: The thing we originally identified as a second storage box is actually the wrapper, which can be unfolded to show the great art. We apologize for the error.)