re you wondering what the Worldwake intro packs will look like? If you're not, we caution you not to read any further. Turn back now, while you still can! Otherwise, let us press on and see if we can satisfy your burning curiosity! 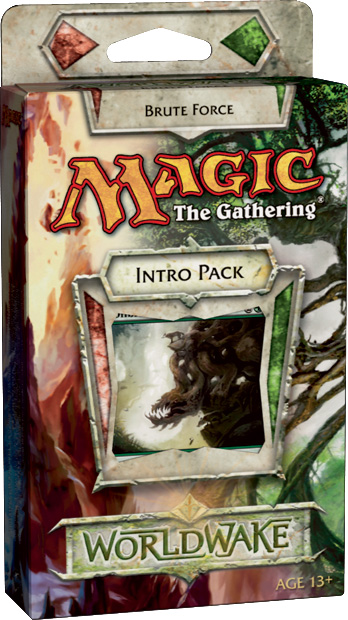 Here we have a red-green concoction entitled "Brute Force." What wonders could it hold? One can only assume that there are brutes of some sort, and probably forces. That would make sense. 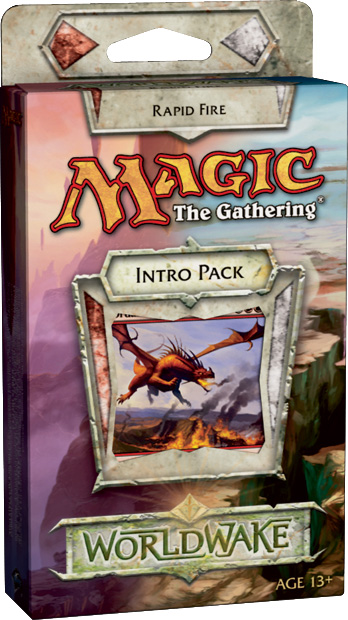 "Rapid Fire" is red-white. The rare creature we can see through the window looks like it's some kind of flying, firebreathing red monster. That sounds vaguely familiar. 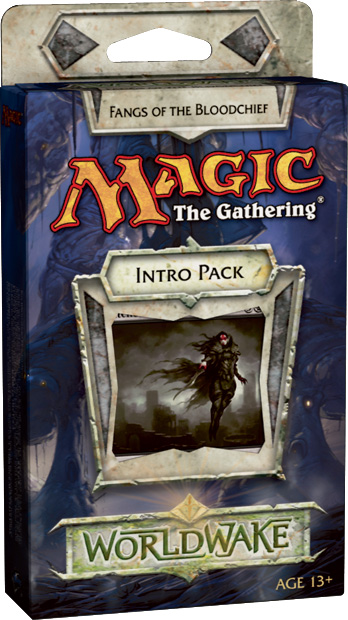 A mono-black deck? Called "Fangs of the Bloodchief"? That seems like it might contain a vampire or two. 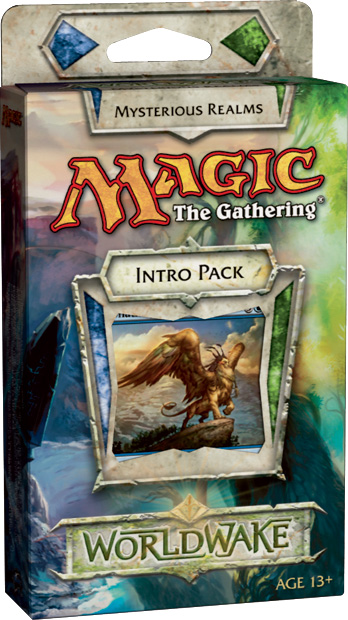 "Mysterious Realms" is very mysterious indeed. It's green-blue, but past that, who can say? 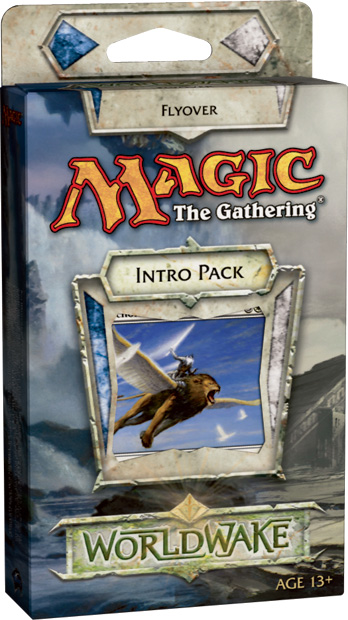 The white-blue "Flyover" deck does appear to have at least one creature with flying. There it is, flying over there.