irrodin Besieged Game Day is March 5-6. And on that day, you'll have a chance to get your first card from Action. Exciting!

Before we get into that, a reminder. Action will be either Mirrodin Pure or New Phyrexia. Not both. And it's already decided. We're not telling you which it is because it's fun to pick a side without knowing who's going to win.

And speaking of picking a side, that's exactly what you'll do at Mirrodin Besieged Game Day, which is on March 5 and 6. If you pick Mirran and win, you'll get a card from Mirrodin Pure, and if you pick Phyrexian and win, you'll get a card from New Phyrexia. That's correct: one of these cards is from a set that hasn't been released yet, and the other is from a set that doesn't exist. Note that both cards are actually in Action, but one of them won't be printed with the expansion symbol you see here.

What Does an "Affiliated Deck" Mean?

All non-Planeswalker cards in Scars of Mirrodin are watermarked with either a Mirran or Phyrexian symbol to represent the card’s affiliation. You can build your Game Day deck to be affiliated with one of the two sides; this makes you eligible to win the Mirrodin Besieged preview cards. (Having an affiliated deck is not required for Game Day; you can play any Standard-legal deck you choose.)

Okay, the situation has been explained. Let's get to the cards! Here's the New Phyrexia card: 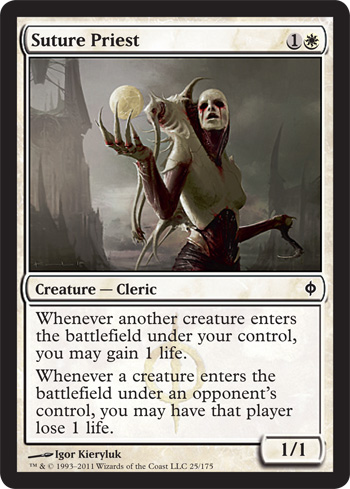 And here's the Mirrodin Pure card: 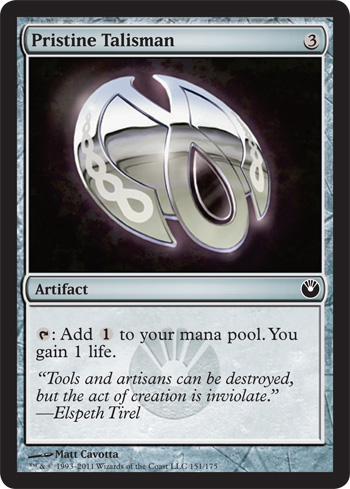