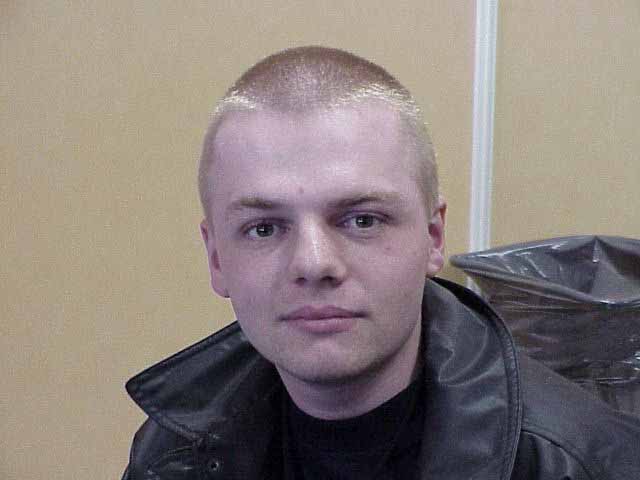 Two years in a row, a Norwegian has taken home the European Championship title. But this year, the defending champion Nicolai Herzog thinks that will change. "I think Kai Budde will win. He has playtested extremely much, and he is a good player on a good team," Nicolai thinks.

Last year, Nicolai of Oslo, Norway was a relatively unknown name in the Pro Tour circuit. He had some decent performances, but that was about it - until the European Championship in Berlin. Repeating fellow Norwegian Sturla Bingen's performance from 1998, Nicolai went all the way to the top, beating Germany's Dirk Baberowski in the finals. Then at Worlds, Nicolai proved that the victory at Euros hadn't been a stroke of luck by making his first Pro Tour top 8 performance. And in 2000 Pro Tour New York, he finished 13th, another strong finish in just one year.

"It's kind of cool being well-known and to get recognized," Nicolai admits. Because now, people know his name and his face. And when Nicolai sits down opposite an opponent, he is shown more respect than when he was unknown. "But they probably shouldn't," Nicolai laughs. Not that he feels the pressure of being the defending champion, in fact, he merely feels the way he always does before a big tournament. Except from this time, he isn't too confident.

"I won't fizzle, but I don't have any big ambitions," Nicolai reveals. "Why not? Well, I kind of have a bad feeling, because I haven't tested much. Once or twice a week, we've played random decks without sideboards. We have drafted quite a bit, but we don't have any Type II tech. So I guess a lot of the teams are far ahead of us."

Nicolai expects the Type II format to be dominated by Replenish, Stompy and Angry Hermit, but he also thinks that the Standard portion of the Euros will see most of the dominant deck archetypes; White Weenie, Control Black, Accelerated Blue, Bargain and Wildfire. Personally, he likes Stompy. After all, that was the deck that gave him his international breakthrough. "I like green, and like I've said before, I don't like the blue cards a lot. What I play will depend on my result in the draft. But don't expect me to play blue," he smiles.

Even though Nicolai doesn't expect to win, he won't totally rule out a Norwegian victory. "Never count out the Norwegians," he says. "I know I'm capable of winning. And Sigurd [Eskeland] is ambitious." The fact is, the Norwegian party is really strong this year. Most of the players are experienced Pro Tour players who live mostly in the same part of the country, which again meant that they have been able to at least theoretically playtest well. And naturally, the Norwegians wouldn't be unhappy if their dominance of the European Championship continued.

Nicolai won't be very disappointed if that doesn't happen, though. He is by far more disappointed that he won't get to see Paris. "I haven't seen a thing yet, and I won't see anything. That bothers me a bit. We are just staying from Thursday to Monday, and really wanted to see Paris..."