ast week we made a budget-friendly version of Jund that specializes in mirror matches. This week I'd like to focus on my inner Timmy. Some of my favorite reoccuring themes in Magic are tribes. Slivers get the nod as my favorite tribe for obvious reasons, but Elves have always been a close second for me. Elf decks always seem to flow beautifully for me. Just playing a generic Elf deck would probably be pretty boring, though. I'd like to introduce you folks to an exciting new card interaction. 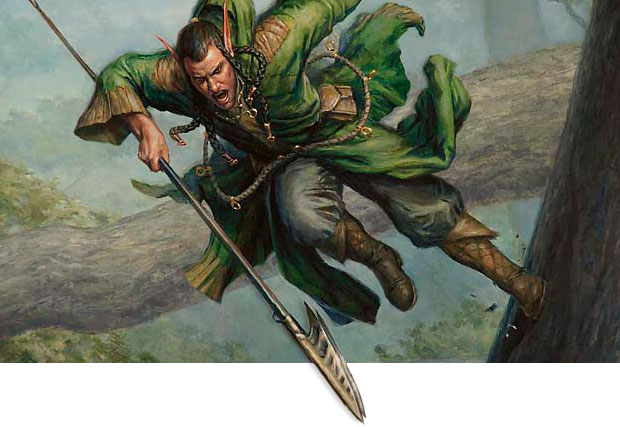 I was wrong, though. I found that an active Quest for the Gemblades made my opponent play a very different game. Especially when playing in the casual room, I found that the enchantment created a lot of interesting and fun game scenerios. The current Standard environment seems to have far too many copies of Day of Judgment and Martial Coup flying around for an Elf deck to make any waves, but Magic is not always about attacking a metagame. Sometimes you just need to embrace the building desire to attack with an army of 7/7 Elves!

Lets start by discussing the cards I chose to play with.

Elvish Visionary: A body that replaces itself with another card is always a welcome addition.

Quest for the Gemblades: An on-board trick that makes life very difficult for your opponents, it also combos very nicely with Joraga Warcaller.

Nissa's Chosen: A 2/3 body for two mana is a pretty good deal.

Nissa Revane: Nissa is awesome in this deck. She also happens to be the least budget-friendly card, though. If you cannot find this mythic rare, she is not Nissasary. You can replace her with any of your favorite Elves.

Overrun: Another classic Elf finisher. Overrun seemed like an obvious inclusion to me.

Vines of Vastwood: This is one of the best green tricks ever printed. It can save your creatures from virtually any removal spell and can even mess with our opponent's Equipment or Auras if it catches them trying to attach.

Leatherback Baloth: Every Elf needs a pet. Oh, I'm also a big fan of playing 4/5s on the second turn.

The deck is surprisingly easy to build on Magic Online. A lot of players have mentioned that recent online trade values seem low. This is just another reason to download the client if you have not tried Magic Online yet. You can build decks on a reasonable budget and find someone to game with at any time of the day!

As of this writing, here's what the rares were trading for on Magic Online:

All the commons and uncommons in this deck can be easily gotten for a tenth of a ticket or less. So you should be able to trade for the entirety of the deck for under 25 tickets.

I put the deck together on Magic Online this past week and played some games with it. The first three games I played were in the tournament practice room. 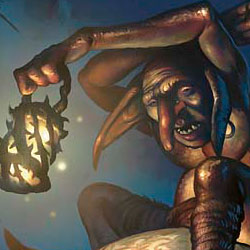 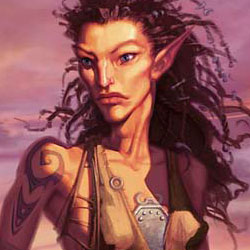 I drew Vines of Vastwood and attacked with Nissa's Chosen. My opponent double-blocked, and I killed the Bloodbraid Elf. I played my land, cast Nissa's Chosen, activated both Oran-Riefs, and passed the turn. My opponent cast another Bloodbraid Elf, flipped into Sprouting Thrinax, and passed the turn. I drew Llanowar Elves, played my land, cast Joraga Warcaller without kicking it, cast Llanowar Elves, activated both Oran-Riefs, sacrificed Quest for the Gemblades targeting Joraga Warcaller, and attacked with a 10/11 Nissa's Chosen. My opponent blocked with Sprouting Thrinax and made three 1/1 tokens, then played a fifth land and cast Maelstrom Pulse targetting my Joraga Warcaller. I cast Vines of Vastwood on it in response, but my opponent had a Terminate in response to that, and the Warcaller died. 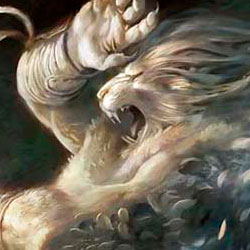 I decided to play a few games in the casual room to see how it went: 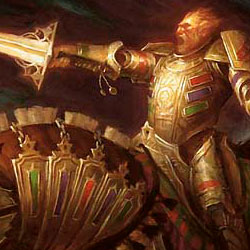 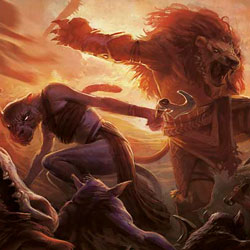 This deck is a lot of fun to play. Competitive gaming can be a lot of fun, but sometimes you just want to attack with an army of green monsters. If you wanted to make this deck more competitive, you could probably splash red for Bloodbraid Elf and Lightning Bolt, use Eldrazi Monument over Overrun, and work on the curve a bit. The deck is easy to build and will certainly do well in the casual room or at your local Friday Night Magic.