introduced Pyretic Ritual last week, the newest ritual available for aspiring combo players. This week, I would like to remind everyone of my favorite cast of creatures. We're only a week past the Extended rotation and everyone seems to be in a state of panic.

Initial reactions to the new Extended format were cut and dried. Most players assumed that Faeries would be the clear frontrunner out of the gates. I wasn't convinced, though. Faeries may be the most powerful strategy in the abstract, playing with Bitterblossom, Cryptic Command, Spellstutter Sprite, Vendilion Clique, and Ancestral Visions seems pretty unfair. But the most powerful deck is not necessarily the best. One can expect Great Sable Stags to populate virtually every non-Faerie sideboard. Grove of the Burnwillows and Punishing Fire will probably be the most popular sub-theme in the new format. I would hate to be packing a deck filled with Vendilion Cliques in a format where Punishing Fire is one of the premier strategies.

There are, however, things that I would very much like to do in any format. Reveillark has been very easy to find since it rotated out of Standard. The same can be said for Glen Elendra Archmage and Mystic Gate. Other cards I would like to play with, like Body Double and Knight of the White Orchid, have always been easy to get.

Reveillark is one of the most powerful creatures ever printed. The card advantage one accrues in a deck built to maximize the value of a Reveillark is almost always enough to win the game if you're able to buy enough time.

Buying time isn't all that difficult when you're packing cards like Aven Riftwatcher, Knight of the White Orchid, and Path to Exile. After sideboard, the deck gets even more ways to combat every type of strategy. Wrath of God is surprisingly easy to come by these days, and Hallowed Burial is even moreso. I'll stick with the easier of the two options, but if you happen to still have your Wrath of Gods from back in the day then you should probably just sleeve those up instead.

Enough hype—let's take a look at what cards we want to be slinging.

Reveillark is an auto four-of. If you've never had the pleasure of playing a 60-card deck with this card then you cannot possibly understand how powerful this card is. This is the centerpiece of the deck. I promise that this will be one of the best cards in the new Extended.

Aven Riftwatcher hasn't seen much play since Pro Tour–Hollywood in 2008. Red decks seem like they have the potential to be very powerful in the new Extended. Aven Riftwatcher seems like it's the best option available here. Aven Riftwatcher is an excellent way to survive to the later stages of the game when you're playing against aggressive decks.

Life just doesn't get much better than casting a Mulldrifter. I've cast hundreds, perhaps thousands, of Mulldrifters over the past few years and it never gets old. If I could play seven copies of this card I probably would. There's no better way to maximize the value of a Reveillark than Mulldrifter.

Glen Elendra Archmage is another personal favorite of mine. I've probably been the biggest driving factor behind this card's value for the last few years. I'm not sure what spells we need to be countering, but I'm certain that Glen Elendra Archmage will make things very difficult for our opponents. Archmage is one of the best cards we can play against red decks, dedicated control decks, and non-creature based combo decks. It has virtually no dead matchups.

Body Double lets us create an unstoppable loop of card advantage. Body Double can copy a Reveillark in a graveyard and Reveillark can bring back the Body Double when it leaves play. Things get very difficult for your opponent once you have the combo assembled.

Draining Whelk is one of my favorite cards to pick up in a cube draft. I like having this level of power in the deck. This card is pretty impressive. Think about it—your opponent taps out for their Baneslayer Angel, and you tap six mana and cast a Draining Whelk, countering their Baneslayer Angel and dropping a 6/6 onto the battlefield. You can be tricky with this too. If you have a Draining Whelk in your graveyard you can cast a Path to Exile on your own Reveillark in response to one of your opponent's spells and have the Draining Whelk return to play with their spell still on the stack. Remember that Reveillark triggers when it leaves play, so bouncing it or exiling it will still result in an overwhelming card advantage for the controller.

Relic of Progenitus is going to be important no matter what everyone says. From opposing Reveillarks to Tarmogoyfs to Dredge-style strategies to Punishing Fire. Graveyards are going to be abused for a long time. I like having the tools to beat every type of opponent. Relic of Progenitus lets me do just that.

Everflowing Chalice is one of the most impressive tools we've been given in quite some time. I'm happy to experiment with a play set in this archetype.

Knight of the White Orchid and Fieldmist Borderpost is a combo that I love to play when I bring my Reveillarks to the table. I figured this would be a great place for this type of trick.

Path to Exile will remain the premier removal spell of the format. Path to Exile is especially powerful here because it will often be used as a one-mana Rampant Growth in response to an opponent's removal spell.

2 Relic of Progenitus 4 Path to Exile

4 Knight of the White Orchid

I played a few games with a friend to make sure the deck had what it takes to compete in the new Extended. 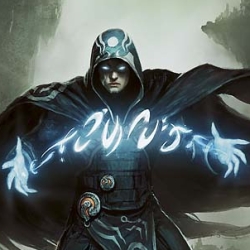 My opponent cast another Bloodbraid Elf and flipped into an Ancestral Visions. He played a Flooded Grove and added a red. He used the mana to cast another Punishing Fire to take out my Knight of the White Orchid. He attacked with both Bloodbraid Elf and I blocked one with my Mulldrifter. I drew a Plains for my turn, played it, cast a pair of Aven Riftwatchers, and passed the turn. My opponent shot each one down with a Lightning Bolt and attacked me again with his Elf. I drew a Fieldmist Borderpost, cast Reveillark for the evoke cost, and returned Glen Elendra Archmage and Mulldrifter. My opponent used his Grove of the Burnwillows to let me gain 1 and to return his Punishing Fires during my end step. On his turn he shot my Mulldrifter and attacked, I blocked with my Archmage, and he shot it with the other Punishing Fire. I drew another Reveillark, cast Body Double copying Reveillark, and passed the turn.

My opponent used his Grove to recur his Punishing Fires some more. He studied the board and decided to pass the turn. I drew a Relic of Progenitus and cast it. I immediately began removing cards in his graveyard from the game. I attacked with my Reveillark copy, cast a Reveillark, and passed the turn. My opponent shot one Punishing Fire at the Reveillark and when he went for the second I used the Archmage to counter it. I continued to attack with my Reveillarks and eventually my opponent was overwhelmed. The Punishing Fires were removed from the game with enough time and the Body DoubleReveillark engine wasn't going anywhere.

This game is a very good example of just how powerful this deck can be. My opponent did some of the most powerful things available in the new format and the Reveillark deck was able to do things that were even more impressive. 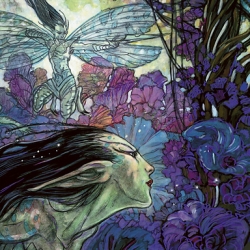 I drew a Plains, played my land, attacked for 2 with my Knight of the White Orchid, bringing my opponent down to 17. I cast Mulldrifter but my opponent was ready with a Cryptic Command. My opponent played a fifth land, attacked for one with a Bitterblossom token, and passed the turn. My Riftwing Cloudskate came in off suspend and I killed the untapped Bitterblossom token. My opponent attempted to cast a Mistbind Clique in response, I used my Path to Exile. I drew Reveillark, attacked with my Knight of the White Orchid, and put my opponent at 14. I cast my Reveillark and passed the turn. My opponent made another Bitterblossom token and passed the turn. I drew Glen Elendra Archmage and attacked with Reveillark and Knight of the White Orchid, and my opponent blocked Reveillark with a token. I attempted to cast Glen Elendra Archmage but my opponent had some spells to cast in response. First my opponent cast a Vendilion Clique and took a look at my hand, he took nothing, then he cast a Spellstutter Sprite and countered the Glen Elendra Archmage. On his turn he attacked me with the army of Faeries and the Mutavault. During my next upkeep he cast Mistbind Clique and tapped down all my lands, I attacked with my Reveillark and he took the damage. He untapped and attacked with his team again, this time, the Mutavault stayed back. He had the Cryptic Command to tap my team down the next turn and I was dead to his army of flyers. It's amazing how quickly Faeries can turn a game around. 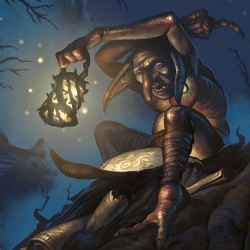 I hope this article inspired you to start brewing something special for the new Extended. Fauna Shaman was recently previewed along with many other cards and it seems like a perfect fit for a Reveillark style strategy. I'm excited to see what everybody decides to play with in the new Extended. I'll be gunslinging at the New York City Prerelease next weekend and I hope to see everyone there. Not in New York? Find a Prerelease near you by clicking here!