ts footsteps of today are the lakes of tomorrow.

If you have three 1/1s in play and Craterhoof Behemoth enters the battlefield on your side of the table, you're going to be attacking for 27 trample damage. That's probably good enough to lock up victory. 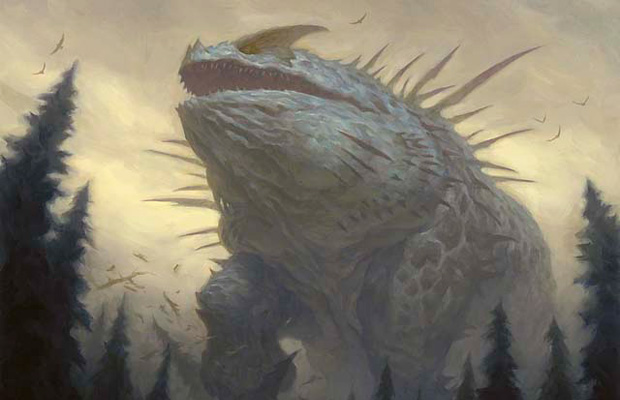 To accomplish this, we're going to need to build a reanimator deck with a token theme. Luckily, Raphael Levy played a reanimator deck at Pro Tour Dark Ascension a few months ago. Raph's deck already played a good amount of inexpensive mana acceleration creatures and Lingering Souls, so we can use his decklist as a starting point when building our new Craterhoof Behemoth deck.


There's a lot to learn from the above decklist. Raphael Levy's deck is playing with a lot of cards that can be extremely difficult to acquire. Don't Panic! I'm going to find a way to budgetize the archetype and take advantage of Avacyn Restored's best reanimation target.

Lingering Souls is perfect for this type of deck. A lot of time, the Spirits can be used as speedbumps, preventing an opponent from killing us with attacks while we set up a reanimation turn. Sometimes our opponent will have countermagic or graveyard hate to prevent us from comboing at all. Lingering Souls shines the brightest in these spots, giving us a powerful alternative win condition.

Mulch does everything we want in this deck. Mulch fixes our mana and fills our graveyard with flashback spells and Craterhoof Behemoths. Playing fewer than four copies of Mulch would be a huge mistake.

Faithless Looting is probably the best card we could possibly ask for. Unfortunately, playing with this spell turns us into a five-color deck. I thought about it a great deal and decided that we'd be willing to risk some potential mana issues to make the deck more powerful. The deck's mana should still work fairly well despite the heavy commitments across the color pie.

Playing four Unburial Rites is a must in a deck like this. Unburial Rites allows us to reanimate our Craterhoof Behemoth and end the game in a blink of an eye.

Craterhoof Behemoth can't be our only creature worth targeting with Unburial Rites. I want us to be able to reliably cast our other game-breaking creature, but I'd also like it to work well with Craterhoof Behemoth if it's not enough to win the game by itself. I did a Gatherer search and I believe Geist-Honored Monk is the perfect card for this slot. 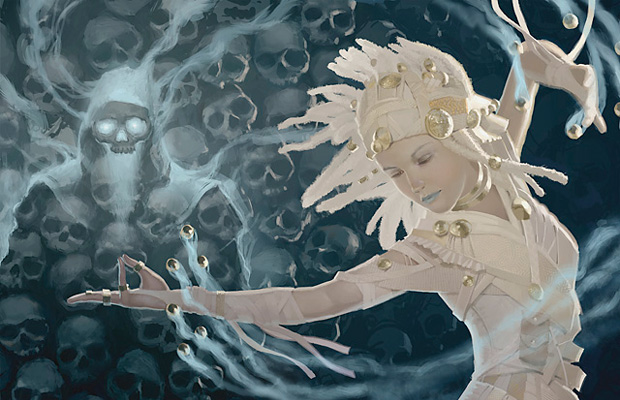 I wanted a bit more token production and I felt the deck could still be soft to some of the better Strangleroot Geist draws in the format. I decided to throw a singleton Blade Splicer into the list as Lingering Souls number five and an excellent answer to Zombies and Red-Green Aggro.

Sure, Craterhoof Behemoth is our primary win condition, but it's silly to think we're going to be able to set up perfect conditions and resolve Unburial Rites in every game we play. Gavony Township helps remedy this problem, providing us with an excellent alternative victory route. It's worth noting how much extra power the deck has just by playing a few copies of Gavony Township. We can continue pumping mana into our Township until our opponent is forced to tap out and deal with our growing team. This can give us some good opportunities to surprise hard-cast Unburial Rites and steal the game.

The mana base is tricky, but Evolving Wilds and Shimmering Grotto help smooth things out. We probably won't be casting Avacyn's Pilgrim or Birds of Paradise on the first turn often, but these cards shouldn't be bad even if they enter the battlefield on the second or third turn of the game.

Here's the main deck once we crunch all the numbers.


One of the nicer things about playing five colors is that I get to play with some of the most powerful sideboard cards in the format. Flashback spells are especially powerful in this type of deck. We can mill ourselves with cards like Mulch and Tracker's Instincts, and in post-'boarded games we'll be able to net a free card every time we happen to hit an Ancient Grudge or Ray of Revelation in the right matchup.

Purify the Grave is good for the same reasons. It works incredibly well in the matchups where it's live and our deck is well equipped to accrue huge card advantage whenever it's cast.

I wanted to have more in the way of an aggressive token strategy in my sideboard for the times where my opponent has a good amount of graveyard hate. A couple extra copies of Blade Splicer and Gavony Township should allow me to play around the hate and punish opponents for bringing in sideboard cards that don't do anything against a swarm of growing fliers.

Timely Reinforcements is still one of the best sideboard cards available in the current Standard format. I'll be happy to have access to a few of these.

Here's the final sideboard once we put it all together.

This matchup shouldn't be too difficult. The aggro deck can apply a huge amount of pressure on you at the earliest stages of the game, but it shouldn't be very hard to stall the game with token production and get to the point where you can finish off your opponent with a Craterhoof Behemoth. Don't worry about taking damage from early attacks; your opponent's creatures will get incrementally bigger as the game progresses and it's important to get the most value out of your chump blocks.

This should be a tougher matchup pre-sideboarding, but Esper Control players likely have three to five cards they think will cause you major problems. Unfortunately for them, our deck is well equipped to prey upon decks that water themselves down with do-nothing hate cards. If it becomes clear they don't have any hate, then the matchup can actually be a lot harder because all their cards will still do something after sideboarding.

White-Blue Delver is a huge problem for this deck. I'd recommend trying to get aggressive with a token strategy. You can steal the game if the Delver player is trying to play a more controlling role. You need to stay aggressive and keep up that demeanor; if your opponent plays as the beatdown you're almost assuredly going to lose.

You're going to be in a world of trouble against the Zombies deck. Zombies have an incredibly fast clock and they have cards like Mortarpod and Tragic Slip to deal with your early creatures. Blade Splicer is really good here, but it's not enough to sway the matchup in your favor. Zombies might have Nihil Spellbomb in the main, but it might be in the sideboard. You'll need to get creative with your sideboarding depending on the list you face. Always bring in your extra Blade Splicers!

The deck should perform well in a tournament setting and it shouldn't be too difficult to acquire all the cards. The mana base is a bit shaky, but you can fix that if you're willing to invest a bit more into the deck. The deck's mana does work as is, though, and I'm sure you'll be pleasantly surprised by its remarkable ability to kill opponents as early as the fourth turn. 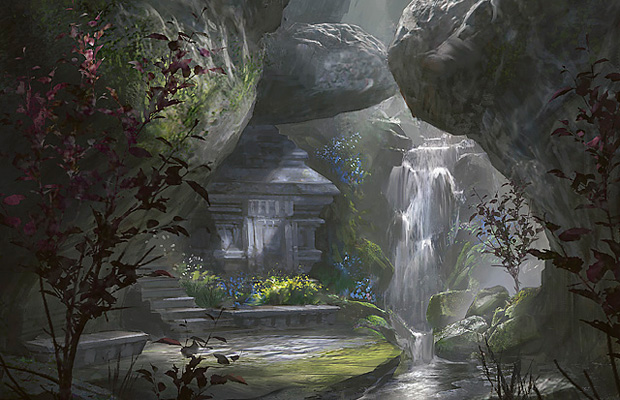 Avacyn Restored has only begun to change the landscape of the Standard metagame. Cards like Entreat the Angels are still being evaluated, but I'm sure they have a great deal of power that's just waiting to be unlocked.

Pro Tour Avacyn Restored just happened this past weekend. The tournament was Block Constructed, and the winning deck featured four copies of all the blue and white rare and mythic rare miracles. That's right! A miracle deck won the Pro Tour in a format with no library manipulation; we can only imagine how powerful these cards can be when you have access to a card like Ponder.

I strongly recommend that all aspiring deck builders check out the Pro Tour Avacyn Restored coverage. Block Constructed formats are usually excellent starting points when you're attempting to build decks after a rotation. The lessons from Barcelona will be extremely important when we Return to Ravnica.

Be sure to shoot me an email or hit the forums with any questions or comments. I'm always looking for feedback and future column ideas!