This Can't Be Real

few weeks have passed and everyone seems to be settling in to their new, post-Magic 2012 Standard decks. Red decks have proven themselves to be very powerful, but white-blue decks found a new tool from Magic 2012: Timely Reinforcements. That was enough to push the red decks back out of the spotlight, and Standard has found a nice balance where many decks are playable in a competitive setting.

Today, I'd like to talk about a more casual exercise. Building tribal decks is one of the easiest deckbuilding challenges. Decks built around a particular creature type and cards that care about it are fun, they're focused, and they often have the ability to beat some of the most powerful decks in a given format. There are a few things you need to check before you try to build your latest tribal deck.

First you need to find a "lord" or other key creature-type-focused card that makes the theme worthwhile. Good examples would Goblin King or Mistbind Clique. It's important to identify a powerful lord or other focus card before you go and bind your hands by choosing to only play a single creature type. By building around one of these cards you're able to push a strategy to its absolute limit. The cards were all printed for a reason, and it's usually worth your time to explore a card's fullest potential. 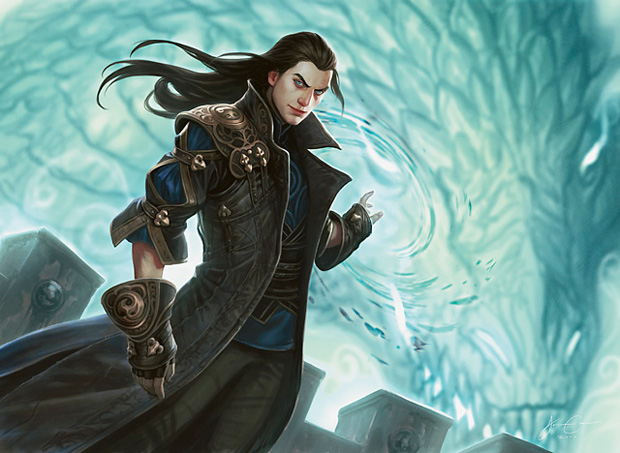 The latest core set introduces one of the most powerful lords ever printed. Lord of the Unreal would be absurd if it were a Goblin, Elf, or even Merfolk lord. I've gotten a lot of requests to build an Illusions deck, so I'd like to make it happen this week.

The next step is to make sure there are enough creatures of the chosen type to fill a reasonable mana curve and make a cohesive deck. In the past, especially during Onslaught and Lorwyn blocks, this has been an unspoken commodity. However, tribal decks have proven themselves to be real contenders even outside the zeitgeist of a tribal-themed block.

Luckily, Magic 2012 offers up a healthy dose of Illusions to be played alongside their lord. Illusions have never been powerhouses in the Constructed Magic world. It's a creature type that implies a drawback. Most people have probably tried some Illusions in their Limited deck and decided that the cards aren't fit for Constructed.

I've been doing some thinking, though, and Illusions seem like they're a lot better in a format where spot removal is still just spot removal. In modern Limited formats it isn't uncommon for every deck to have at least five spells that target a creature. A card like Phantasmal Dragon can end the game quickly, but it's unfortunate when you spend four mana and see your hopes washed away by your opponent's Stave Off. In Constructed, the spell that kills the Dragon is probably just going to be a real removal spell. I'm not sure why it feels better, but it does.

There are few things that give me a warm fuzzy feeling like a 5/5 Dragon for four mana. Rathi Dragon is one of my favorite aggressive creatures of its era. To me, Phantasmal Dragon presents the same kind of vicious clock without the terrible drawback of having to sacrifice two lands. Phantasmal Dragon is surprisingly good against Squadron Hawks. Players often equip their hawks with Sword of War and Peace or Sword of Feast and Famine; Sword of Body and Mind has fallen out of favor as of late. This means your opponent's Hawks may have protection from red, white, black, and green, but they probably won't have protection from blue. Phantasmal Dragon happens to interact favorably against one of the most common (and most powerful) strategies in the current Standard.

The best Illusion has got to be Phantasmal Bear. Blue just got a nonlegendary Isamaru, Hound of Konda. Let's be honest—if Phantasmal Bear was getting targeted, then it was going to die anyway. A 2-power creature for one mana is always a good start to a successful aggressive strategy.

Lord of the Unreal is probably the best lord ever printed. It only costs two mana, which puts it in a special league with Lord of Atlantis. Applying hexproof to your whole team is pretty huge too. Hexproof is especially good here because all the creatures you're passing that ability along to will die if they're targeted. It's especially strong when you consider its interaction with Phantasmal Image.

I wasn't comfortable only playing twelve Illusions in the deck, but I didn't want Phantom Beast because it's not a Constructed-quality body. Adaptive Automaton is an Illusion when I want it to be. It's a decent lord effect that pumps my team and benefits from multiple copies of itself or Lord of the Unreal. It's a nice card to copy with Phantasmal Image too.

Summoner's Bane is a card that most people have probably forgotten about. I know that I was confused when it showed up on a Gatherer search for "Illusion." This "fixed" Mystic Snake gives us a token that gets pumped by eight cards in our deck. Cards like this will allow the deck to function as an aggro-control strategy. Curving out with a pair of lords and landing this when your opponent tries to play a four-drop is especially brutal.

If I want this to be an aggro-control deck, I'm going to need some cheap and efficient countermagic. Mana Leak is the best counterspell currently legal in the Standard format. Its drawback is small when you consider its versatility and ease to cast.

I want the deck to have some catch-all cards that can solve any sort of on-board issue that might come up. Into the Roil seems like the best card to fill this roll. Into the Roil can bounce any problem permanent and give us a window to counter whatever it is on its way back in.

The deck needs removal, and that can be a difficult thing for a mono-blue deck. Luckily, New Phyrexia gave us Dismember, and we will happily pay 4 life for a one-mana instant-speed spot removal spell. This is important against a lot of decks, but most important against Deceiver Exarch decks.

Finally, the deck needs more countermagic. I don't want a Remove Soul effect like Psychic Barrier. That's too narrow—we need a card that counters whatever we bounce with our Into the Roil. Deprive seemed like the perfect card for this. It isn't a card that you would want to play too many copies of, but two copies of Deprive aren't going to leave you mana starved.

Once we put it all together we get the following list:


This looks pretty impressive at first glance. The deck has a healthy mana curve, efficient creatures, and powerful lines of play—and it's blue. I wouldn't be ashamed to sleeve this up and take it to a local tournament. If you're looking for a super-budget-friendly and deceptively powerful archetype, then this might be the right deck for you. I wasn't sure how this deck would turn out when I started working on it, but I can honestly say that I've been really impressed with the unreal situations that come up.

Let's play some games and see how this thing works. 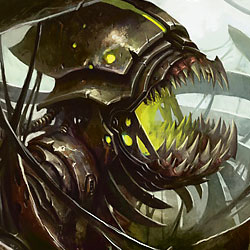 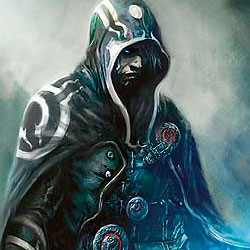 I drew an Into the Roil, played my fourth land, cast Phantasmal Dragon, and passed the turn. My opponent played a Celestial Colonnade, cast Jace Beleren, ticked it down to draw a card, and passed the turn. I drew a Tectonic Edge, played it, blew up my opponent's Seachrome Coast and Celestial Colonnade (his only white sources), and attacked him with the Dragon and Jace with both my lords. He chump-blocked the 3/3 and put two tokens in front of the Lord to try to kill it, but I used Dismember to end those shenanigans. My opponent drew a card off Jace Beleren and played a Tectonic Edge before passing the turn. I drew a Phantasmal Image, cast it copying the Lord of the Unreal, and attacked my opponent for 14. My opponent drew his card, and without the white mana he needed to cast his Day of Judgment he was forced to concede.

Tune in next week when I'll get back to testing with full, detailed match reports following the release of Magic 2012 on Magic Online. I hope you enjoyed this exploration of Illusions in Standard. If you're looking for a budget-friendly and relatively strong deck for the coming weeks, then this may be the right choice for you. I really enjoy the way this deck plays, and I'm sure that I'll be piloting something similar if I play in any local tournaments in the next week.

Be sure to send me your ideas and comments on the forums or in an email. I'd love to hear about whatever new and offbeat ideas you might be working on. I've though a bit about building a deck that gains a large advantage by abusing the Merfolk Looter–type effects in Standard, and I'd love to know whether you would like to see a grindy control deck, a ruthless aggro deck, or a calculating combo deck in the coming weeks.