wrote about an exciting new combo deck built around Pyromancer Ascensionlast week. I knew the deck was very powerful and I played a version of it at a 296-player Pro Tour Qualifier in Edison, New Jersey. I made a few play errors in round one and lost to a Mono-Red player. I rallied and won my next seven matches in a row. I drew into Top 8 and won my quarter and semi-final matches without dropping a game. I made some play mistakes in the finals and my opponent played exceptionally well. I was a bit upset with myself over the play mistakes, but it was exciting to do so well with a deck that was originally designed for my column. 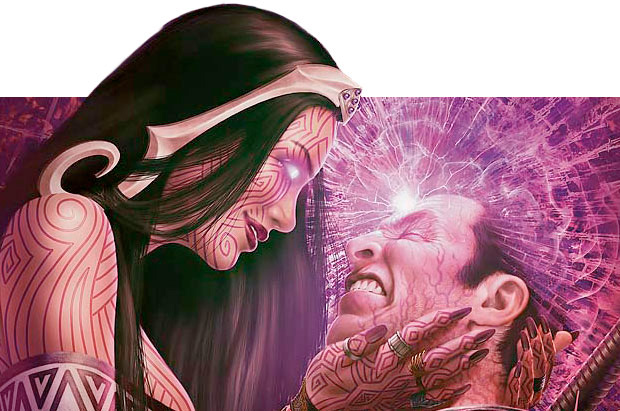 This week I'd like to discuss another new archetype that has become possible with the release of the new core set. Liliana's Caress is the latest version of Megrim. Megrim has always been a favorite amongst casual players. Both the 2010 and 2011 core sets are legal until fall; this means we can play a deck with eight copies of this type of effect. Cards like Burning Inquiry suddenly become very powerful when you get to play with eight Megrims.

Another new card from Magic 2011 that hasn't seemed to get the attention it deserves is Dark Tutelage. I can assure you that control decks are very much alive. A spell with this type of effect seems like it creates a lot of unwinnable positions for your control opponents. Against players with more aggressive curves you can simply sideboard them out for Burst Lightning. I prefer packing Dark Tutelage in the main and the Burst Lightnings in the board, but if your area seems to be flush with aggressive decks I don't think there's much of a downside to playing the Burst Lightnings in that slot.

Blightning is an obvious inclusion here. Blightning is one of the most powerful cards available in today's Standard and I would be crazy not to run a full playset in a dedicated discard deck. A lot of people seem to be scared of Obstinate Baloth, and with good reason. The new core set's Loxodon Hierarch is especially dangerous when you're packing cards like Blightning and Mind Rot. Luckily for us, the new White-Blue Control decks seem to trounce green decks with enough consistency that you probably won't have to fight against Obstinate Baloths too often. If you do run into an opponent with Obstinate Baloth it isn't the end of the world. You can always use a spot removal spell.

Mind Rot is essentially Blightning five through eight. We want to play enough discard to make our Liliana's Caress and Megrim worth the slots.

Sign in Blood is one of the most underplayed cards available in today's Standard. Last time I checked, the ability to draw two cards for two mana was absolutely ridiculous. This type of effect is especially powerful when your spells have such a high variance of actual value depending on your enchantment situation.

Lightning Bolt is obvious. There isn't anything quite as good. I've been shoving this in just about everything since it was reprinted last year. As it turns out, there isn't a deck that wouldn't be helped by playing a set of Lightning Bolts. It does everything you want a card to do. It kills creatures and opponents with a startling level of efficiency. 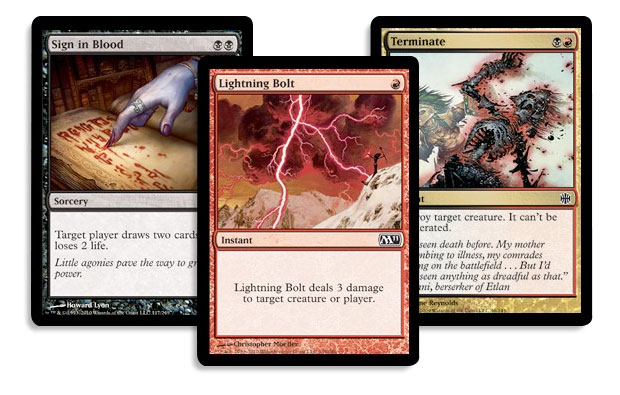 Terminate seems like another obvious inclusion. Sometimes your opponent plays a creature and it changes the race math. Having a card like Terminate allows you to interact with your opponent when it becomes necessary. I wanted a fifth Terminate after playing a few games with the deck so I decided to include a Doom Blade.

Here's the list after I mash it all together:

If you've been lucky enough to open any Dragonskull Summits or Lavaclaw Reaches then you can replace some of the non-basics here with those. The sideboard hasn't been worked on much at this point, but I'd like to have some number of Deathmark, Burst Lightnings, and a few copies of Chandra Nalaar or Liliana Vess.

I played a few games with the deck to see how it fared against the new Standard metagame. 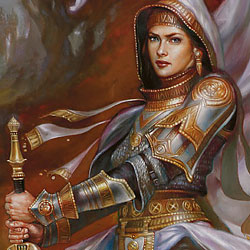 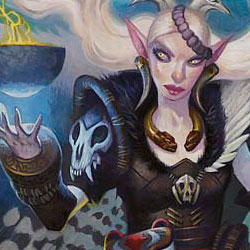 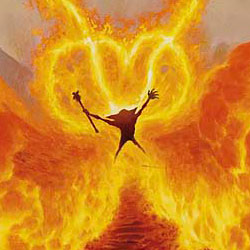 Things didn't go as well as we might have hoped, but having access to eight Megrim effects will make this deck a boogeyman until the rotation. I've always liked discard strategies, but something seems to be lacking here. I'm not sure I love having a discard deck that wants to play other spells before its discard. The opponent has an opportunity to play their hand while you're casting spells like Liliana's Caress and Megrim. By the time you start casting your Blightnings and Mind Rots they have already played a good portion of their hand. With more testing and a more finely-tuned list this deck could be a force in the Standard metagame. I'd love to hear your improvements in the forums.

I've been receiving an unprecedented amount of email in reference to last week's column. I'm sorry if I didn't get the chance to respond to emails you may have sent me this past week. A lot of you have asked for my non-budget decklist for Pyromancer Ascension. Here's what I played to a second place finish at the PTQ last weekend.

My sideboard wasn't very finely tuned, if I had to play with the deck again I would probably play with Matignon's sideboard from the French Nationals. The Ascension deck has proven itself to be a tier one deck in today's Standard. I hope you all enjoyed this week's exploration of the double Megrim strategy.