had the best seat in the house a couple weekends ago at Grand Prix Lincoln, where I got to see the latest Modern brews hard at work in a competitive setting. Modern has a massive card pool, so newer players might have difficulty acquiring the cards necessary to build a competitive deck. Today, I'll attempt to build an easily acquired competitive Modern deck. 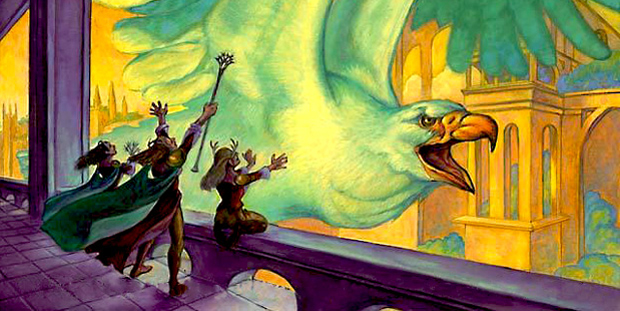 Melira Pod strategies have proven themselves to be at the upper echelon of the Modern metagame. That deck uses Melira, Sylvok Outcast in conjunction with Birthing Pod and persist creatures like Murderous Redcap and Kitchen Finks to set up infinite loops with a Viscera Seer. Chord of Calling is one of the most important tools at the deck's disposal. The deck uses Chord of Calling to find combo pieces and end the game. I noticed a missed opportunity here, though. I'd often see Melira Pod players with a slew of mana creatures and a Kitchen Finks or two on the battlefield. They would have a Chord of Calling in hand, but they would be unable to combo because of a card like Relic of Progenitus on the opponent's side or lack of combo pieces on their own side. If the deck simply played one copy of Mirror Entity, it could use an endstep Chord of Calling to grab Mirror Entity and pump all its mana creatures to lethal proportions on the following turn.

The more I thought about it, the more I simply wanted to play a deck that flooded the table with creatures and used an endstep Chord of Calling to KO people with a horde of mana creatures. The logical application for this plan is an Elf deck. Chord of Calling was used with Mirror Entity to great success in old Extended Elfball strategies.

Just being able to Chord of Calling for a Mirror Entity is pretty narrow, and it loses a lot of its allure once your opponents know it's coming. Elfball lets us take full advantage of Chord of Calling by giving us access to other combos and even letting us tutor up a Regal Force for massive card draw.

There are a number of combos we can include, but the most obvious is Devoted Druid and Ezuri, Renegade Leader. If you have two active Devoted Druids in play you can use them to create six mana with every Overrun activation on Ezuri. This will result in infinite mana. You already have an Ezuri in play, so you can just give your elves +10,000,000/+10,000,000, untap your Devoted Druids, and attack for the win. You'd be surprised how easy it is to assemble this combo when you're playing a play set of Chord of Calling and a few Summoner's Pacts.

Llanowar Elves and Arbor Elf seem like auto-includes here. They're both Elves, so they interact well with Ezuri and whatever other elvish goodies we decide to play with. Our deck will be well equipped to abuse the creature types on these guys.

Heritage Druid lets us explode with optimal draws. If we're lucky enough to have two other one-mana creatures and a three-drop, we can have four bodies in play on the second turn. This type of opening is going to be very difficult for any opponent to keep up with.

Nettle Sentinel is going to be part of any deck that plays with Heritage Druid—the interaction between these two cards lets your mana explode. Also, a 2/2 for one mana is a welcome addition simply for its aggressive applications.

Mirror Entity will win you a huge proportion of your games. You win the game if your opponent taps out when you have a Chord of Calling in your hand. It's really that simple. A horde of unimpressive 1/1s can quickly become a stampede of 7/7s.

Viridian Shaman is an excellent card for this type of deck. Cards like Chalice of the Void, Engineered Explosives, and even Vedalken Shackles can be major issues for our strategy. Having access to artifact removal with a very small opportunity cost seems like it's worth it.

Elvish Visionary is an excellent creature for this type of strategy. We're attempting to flood the board with dudes; the quality of our creatures is less important than the quantity. Elvish Visionary replaces itself, thins our deck, and helps us find a Chord of Calling to end the game.

Elvish Archdruid lets you do some really scary things. You can imagine the amount of mana this thing produces. The pump effect is also really impressive. Remember, it pumps your guys on top of a Mirror Entity activation.

Summoner's Pact increases the consistency of our deck and makes our combos more readily available. You're usually searching for Regal Force, but there are situations where an Ezuri, Renegade Leader or Elvish Archdruid can win the game on the spot.

Here's the deck once I put it all together:

I've been asked to talk more about card availability. Right now, one can acquire all the rares for this deck on Magic Online pretty easily. The rest of the deck is comprised of commons and uncommons.

I played a few matches with the deck on Magic Online to see how it fared against what people were playing in Constructed queues. I hadn't built a sideboard, so I was at a pretty big disadvantage. 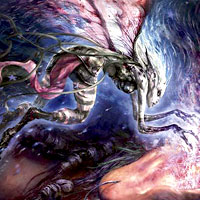 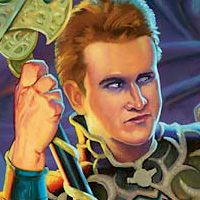 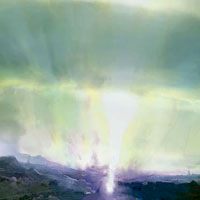 My opponent revealed a Maelstrom Pulse off Dark Confidant and aimed it at my Elvish Archdruid; in response, I tapped the Archdruid and my other Elves and searched up my Mirror Entity with Chord of Calling, untapping my Nettle Sentinel. I drew a Brushland, played it, activated Mirror Entity for 4, and attacked with all five of my guys. My opponent died.

This matchup is pretty good. When sideboarding, I would want to cut Summoner's Pacts and the Viridian Shaman to put in Lead the Stampede and maybe an extra copy of Regal Force. 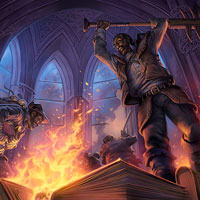 My opponent won the roll and I kept Forest, Llanowar Elves, Devoted Druid, Devoted Druid, Elvish Archdruid, Chord of Calling, and Chord of Calling. My opponent played a Mountain, cast Faithless Looting and discarded a Pyretic Ritual and a land. I drew an Arbor Elf, played my Forest, and cast Llanowar Elves. My opponent played a Steam Vents untapped and cast Pyromancer Ascension. I drew a forest, played it, and cast Elvish Archdruid.

My opponent cast a Pyretic Ritual and put a counter on Pyromancer Ascension, cast a Faithless Looting and the Pyromancer Ascension went to two counters. My opponent played a third land, cast Seething Song, and got ten mana. Manamorphose made four blue and drew two cards. A few more card-draw spells led to a few more Rituals and a Past in Flames was enough to make Grapeshot very lethal. 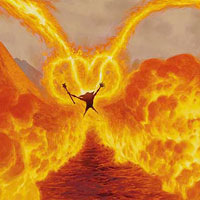 My opponent easily went off with a pair of Pyretic Rituals to turn on both copies of Pyromancer Ascension. It's difficult to beat that deck when you can't interact.

This match wouldn't be so bad if we had Ethersworn Canonist and some type of enchantment removal.

If I were to build a sideboard today it would look something like this.

This deck does an incredible job of staying competitive despite its extreme ease to acquire. I'd strongly recommend this deck to anyone looking to dive into Modern but who doesn't have quite the collection necessary to build one of the tier-one decks. There are a few obvious upgrades that can be made to the mana base, but beyond that, the deck is exactly how you would want it to be even if you had an unlimited budget.

Shoot me an email or hit the forums with questions, comments, or suggestions for upcoming columns.