tandard is pretty tough to crack these days. Jund, Mythic, and White-Blue Control variants continue having success. Gerry T's Naya deck made waves the first week, but players have learned how to adapt and that deck is losing viability quickly. Next Level Bant seems very well positioned right now. I haven't had the chance to play with it yet, but the Bant deck looks like it has an incredible White-Blue match-up, a very positive Jund match-up, and at least an even match-up against Mythic. Vengevine's true power is being further exposed with each passing tournament. The mythic 4/3 haster is inevitability incarnate. Enough creatures either cascade or cantrip to make Vengevine consistently jump back from the graveyard. Currently, players are adopting lists with additional copies of Path to Exile, Oblivion Ring, or Journey to Nowhere in an effort to fight the self-reanimating monster. 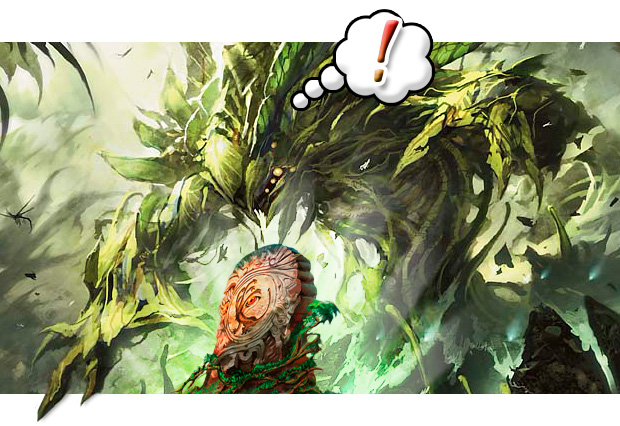 Bear with me here. I played a bunch of legacy this past week and a card I found to be particularly exciting was Relic of Progenitus. The one mana artifact let my Spellstutter Sprites fight with Tarmogoyfs while keeping my Zoo opponent's Knight of the Reliquarys in check. It was obviously strong against 43 Lands, Dredge, and Reanimator, also.

I had built a few Grixis control decks over the past month, but I was forced to abandon them because of their weakness to Vengevine. Relic of Progenitus is Standard legal. I'm not sure if everyone simply forgot, but this card is actually insane against Vengevine decks. I wanted to see what I could do with the Grixis control cards available right now.

Divination: Evoking Mulldrifter is always going to be a fine play. I want to make sure the deck never runs out of gas. It's also important to note that Divination is an excellent way to minimize the effect of your opponent's Blightnings. Jund is, in general, one of our worst match-ups. It's important that we have a reasonable plan against their most powerful spell.

Prophetic Prism: Fixing our mana is nice, but protecting ourselves from Spreading Seas seems even more important. I would like to cast my Cruel Ultimatum on turn seven. It seems like my mana base is being attacked in almost every match I play.

Double Negative: Bloodbraid Elf is a hassle and I wanted a good reactive spell for this spot. It's also important to note that Sprouting Thrinax should be countered if you are able to do so. The deck has very few ways to deal with it and a race situation is difficult to establish.

Relic of Progenitus: I need a way to fight Vengevines. Against decks that don't care about their graveyards you can simply cycle through the relics.

Lightning Bolt: One mana instant speed removal is very good. It's even better when it can be used to kill planeswalkers.

Doom Blade/Terminate: I want a lot of instant speed removal in a deck like this. Letting an opponent resolve a Gideon is actually fine in this type of deck. We don't play any creatures that are dealt with by Gideon and we have five spells that kill him when he turns into a creature.

Cruel Ultimatum: The best haymaker ever printed isn't seeing much play these days. Personally, I love Cruel Ultimatum. I think it does everything I want for a very reasonable cost. There are very few situations where a Cruel Ultimatum resolution doesn't just end the game on the spot.

Negate: I'm pretty sure I want Negate in any deck I play these days. The ability to counter planeswalkers seems far too powerful to me. Killing a planeswalker is one thing, your opponent has probably already brainstormed or done something else completely broken before you actually killed it. Actually keeping the planeswalkers off the board is entirely different.

Mind Shatter: Conley Woods' Esper deck from Washington D.C. made excellent use of this card and I was eager to try playing with it myself. Cards like Wall of Omens, Mind Spring, and Jace, The Mind Sculptor make control decks of today's era have full hands even at the later stages of the game. Cruel Ultimatum may be better against most decks in the format, but there's nothing like a big Mind Shatter against a control deck. That's not to say this card doesn't have value against the more aggressive decks in the format. Mind Shatter can empty a Jund player's hand and make him outright lose to a Cruel Ultimatum. It also wins the fight against Ranger of Eos.

Sphinx of Jwar Isle: As much as I hate to say it. We need a way to actually win the game. Sphinx of Jwar Isle seems like the best option here. Shroud means only Martial Coup, Consuming Vapors, and Day of Judgment are dealing with this guy. If your opponent's deck is packing one or more of these cards you may want to empty their hand before you plop one down on the table.

Into the Roil: I really like this card, it seems like it always does what I need a card to do. I'm becoming more eclectic as a deck builder and I'm starting to appreciate the power of one-ofs more as time goes on.

Spreading Seas: As crazy as it sounds, this may be the most powerful spell in Standard. Prophetic Prisms are losing popularity again and that opens the door for our free 10%. I worked on a deck before the first Pro Tour Qualifier this season that had a cascade engine and Spreading Seas. My friend, Brad Nelson, suggested at one point that we only play three copies of Spreading Seas. I explained that I would either play the full four or not play any copies at all. Brad tested the deck a bit and agreed, "Playing four copies of Spreading Seas is just a free 10%. Sometimes your opponent's draw has shaky mana and you draw Spreading Seas."

I played a few games with the deck to see how it would fare against the format. 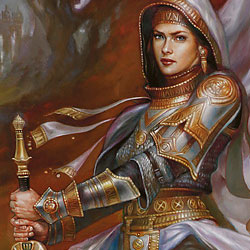 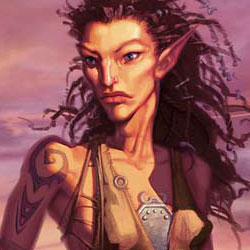 Plans for a sideboard. After playing some Game 1's with the deck I figured it would be a good time to start looking at sideboard options. I like Flashfreeze out of the board, a lot, and I feel like I want at least three copies of that card, perhaps even four. Pithing needle seems like a nice two-of in a format where planeswalkers are becoming so prominent. Extra Double Negatives will really help our Jund match-up. I'd like to have a fourth Relic of Progenitus to help fight the Vengevines right now. I'd round out the board with a few difficult to kill onboard threats and Consume the Meek. Here's the sideboard I would play with if I were to take this deck to a tournament tomorrow.

I hope you all enjoyed this week's deck. Feel free to shoot me an email if you have any questions or comments or if you have a sweet deck and need some feedback.