elcome back to Building on a Budget. This week I'd like to explore the possibility of a Standard Enchantress deck. Kor Spiritdancer makes a whole new archetype possible. Spreading Seas, an aura, is arguably the most well positioned card in Standard these days. Decks packing a full count of Spreading Seas get a huge percentage of wins off the Spreading Seas alone. I've found it to be very difficult to lose games to Jund where I win the die roll and have a Spreading Seas in my opening hand. That may seem like a rare occurrence, but it comes up surprisingly often. Spreading Seas also does an excellent job at turning off manlands in the late-game. 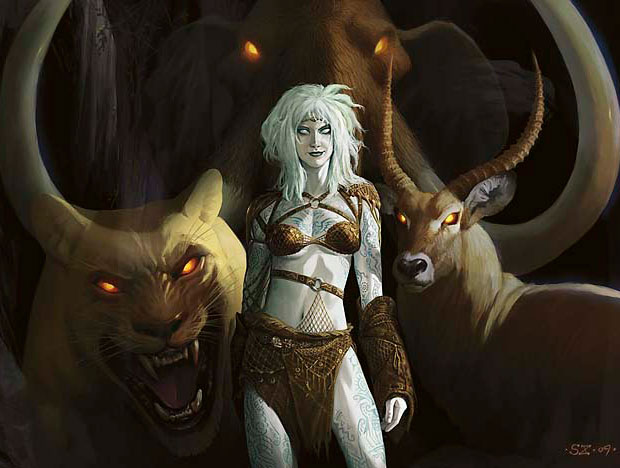 I've recieved well over fifty emails from you guys with various lists for the archetype. Some lists have been straight white-blue, some green-white, but most lists have played with all three Bant colors.

The biggest choice, it seems, when designing a Standard Enchantress deck is whether or not to include Sigil of the Empty Throne. There are sound arguments on both sides of the debate. Personally, I like having a big win condition. Kor Spiritdancer can be big and bad, but having an aerial assault of 4/4s seems like a much more reasonable way to win the game. I'd love to hear your thoughts on this in the forums.

Lets take a look at the card choices:

Kor Spiritdancer: The inspiration for the deck! Kor Spiritdancer provides us with an excellent defense, an absurd amount of card advantage, and a formidable win condition. Truly scary things become possible when you have multiple copies of this in play.

Hyena Umbra: One mana for the totem armor effect is what's most important here. The first strike is very nice against decks like Jund. Making your Kor Spiritdancer immune to Day of Judgment or Martial Coup is always good.

Spreading Seas: I've already talked at length about this one. Spreading Seas may be the best card in the current Standard. It happens to be an Aura, making it fit perfectly in this type of strategy.

Bear Umbra: I just couldn't help myself. Giving my Kor Spiritdancer +4/+4 and totem armor, getting to untap all my lands to draw some more cards with the goodies I've found. Sign me up!

Ponder: I'm worried that this deck won't perform very well if we cannot find a Kor Spiritdancer in the early stages of the game. I want to play Ponder to ensure we draw the right pieces at the right times.

Oblivion Ring: I'm a strong believer in Oblivion Ring these days. Planeswalkers, Emrakul, the Aeons Torns, Vengevines, you name it. Oblivion Ring gets the job done. We may not draw a card off our Kor Spiritdancer, but we deal with whatever problem we need to.

Crystallization: I thought about playing Pacifism, but I did a quick Gatherer search and found this gem. I used to first pick it in drafts all the time, so I figure it will probably be good enough.

2 Sigil of the Empty Throne
36 Cards


I decided to play a few games with the deck and see how things went. 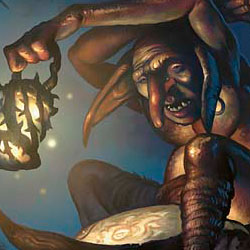 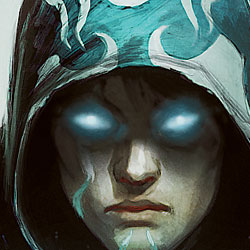 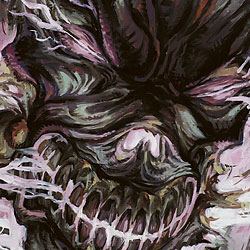 My opponent was pretty excited about the deck so we played a few more games. He won a little less than half of them. I found it especially difficult to win when he held back mana for his Lightning Bolts and I didn't draw Spreading Seas. During our conversation we decided that Sigil of the Empty Throne was unnecessary. Canopy Cover usually provides the evasion needed for a Kor Spiritdancer to go all the way.

Sometimes Kor Spiritdancer can get really out of hand. The deck is not as consistent as I would like it to be, but once the cogs get going, this deck becomes very difficult to beat. Argothian Enchantress was one of my favorite cards of all time and I really wanted to build a new Enchantress deck. If I were going to add more money to this deck I would probably do so in the manabase. If you're lucky enough to have Jace, the Mind Sculptors or Gideon Juras then those may actually have a place in the deck. They don't necessarily work toward our engine, but their absurd power levels make them very tempting to play. Lifelink seems like it could be a great sideboard option. I can't see a lot of decks beating an umbra'ed lifelinking Kor Spiritdancer. There may be a build of this that has true competitive potential. Perhaps it will be revealed at the Grand Prix in Washington D.C. this weekend. 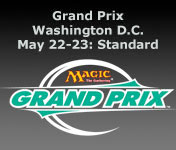 Grand Prix–D.C. is this weekend. Huge Magic tournaments like this are a great opportunity to step up your game and try to get to the next level. The tournament will be Standard constructed so remember to bring a Standard legal deck. Get some friends together and make the roadtrip. I'll see you there!

Next week is Rebound Week. I haven't seen many decks play with Surreal Memoir yet and I plan to change that! If you have any especially exciting ideas for this deck I'd love to hear them on the forums or in an email.