Do These Imprints Make Me Look Vat

Posted in Building on a Budget on December 1, 2010

ast week I began exploring the applications of Master Transmuter in Extended. I've continued testing various lists and I've been more and more impressed with the deck's ability to win games against the best decks in the format. I've recently added Scarecrone and Semblance Anvil to the deck. I will continue working on the list and I'll be sure to have a tournament-ready version ready for you guys by the time Extended Pro Tour Qualifiers roll around.

Today, I'd like to talk about another card that gains a lot of value when exposed to the Extended card pool. Mimic Vat is a card that begs to be abused. Its effect is powerful by itself, but it reaches a whole new level of absurdity when you combine it with cards like Mulldrifter, Nevermaker, Mournwhelk, Spitebellows, Shriekmaw, and Fulminator Mage. 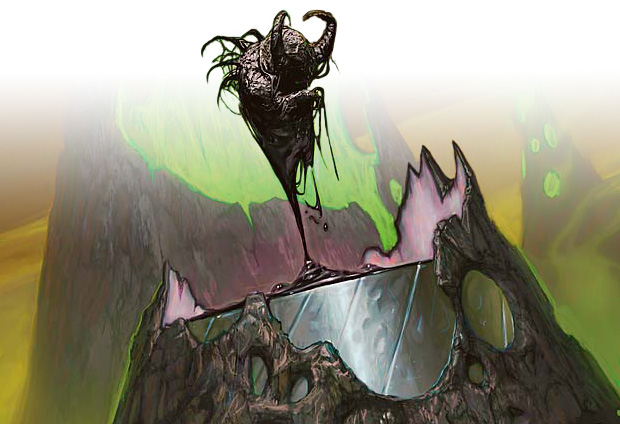 Last week, I asked readers how they would like me to abuse my Mimic Vat. I've seen a lot of Elemental decks sporting cards like Reveillark and Horde of Notions. These decks are increasing in popularity on Magic Online and the optimal builds are becoming more and more streamlined as Extended tournament deck lists become available on the interwebs.

I felt like the Ancient Ziggurat versions of Elementals were too streamlined at this point for my column to greatly affect any builds. Mimic Vat is an obvious addition to the Elemental deck, but I felt like I could build a control deck that did a better job of abusing the powerful Scars of Mirrodin rare. The creatures that work well with Mimic Vat may still be Elementals, but I'd like to support these creatures with powerful spells. To me, it seems like the Elemental decks are just piles of creatures. Sure, the creatures draw cards and kill things, but I worry about any Extended deck that doesn't want to interact with its opponents.

Grixis (blue, black, and red) seems like the best color combination for an Extended control deck. We get access to cards like Lightning Bolt, Volcanic Fallout, Terminate, Jace Beleren, Preordain, Makeshift Mannequin, and all the Elementals that go well with Mimic Vat sans Reveillark.

To start, I'll break the deck down into parts and explain the purpose of each card.

Mimic Vat makes a deck like this possible. I'm only going to play three copies, though, because it loses a lot of value in multiples.

Mulldrifter is the obvious four-of here. Mulldrifter gives this deck an additional threat, a card advantage engine, and one of the sickest things you can possibly put on a Mimic Vat.

Nevermaker may not be a shoe-in yet, but it will be once people realize how powerful this type of effect is when combined with a Mimic Vat. A lot of time you will cast a Mimic Vat on the third turn, evoke a Nevermaker on your fourth turn, and immediately induce a concession.

Fulminator Mage is an important tool against Jund and other control decks. It does a great job at giving you more time to set up your Mimic Vat, and it becomes a very nice imprint once you have your Vat on the battlefield.

Shriekmaw is a surprisingly good threat that happens to provide a big advantage when you imprint it onto the Mimic Vat.

Spitebellows is a nice one-of. It kills Grave Titan, Doran, and attacks for a lot of damage. An additional Shriekmaw initially occupied this spot, but that changed the first time my opponent cast a Grave Titan. Killing Doran isn't quite as important as Grave Titan because you can simply apply a Nevermaker lock.

Flamekin Harbinger can find the perfect piece for the perfect time. I see most Extended Mimic Vat lists play with four copies of this card, but the card disadvantage accrued by casting too many do-nothings can often be a huge hindrance. If the card let me search for any Elemental or Mimic Vat then I'd be sure to play the full four. I'll only play a few copies while I wait for the errata on that, though.

Lightning Bolt is the best spell in Extended and Standard. It takes a lot of arm-twisting to convince me to not play four of this card. It's incredible on offense and defense. It's good against Faeries and Aggro decks.

Preordain has proven itself. It makes draws a lot more consistent and helps us find key cards for specific match ups.

Terminate is a classically awesome removal spell. A deck like this will be able to take advantage of the extra time it buys with these cheap removal spells.

Volcanic Fallout is a necessary evil. The Faeries match-up seems impossible without it. Fallout also does quite well against the White Weenie decks.

Jace Beleren is great against other pure control decks. It preemptively deals with Jace, the Mind Sculptor, it provides a steady stream of card advantage, and it encourages players to play more aggressively. (A huge boon for a deck like this.)

I played a few matches with the deck on Magic Online. Here's what happened: 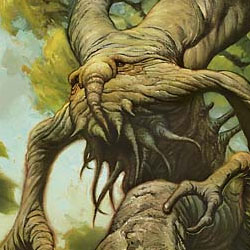 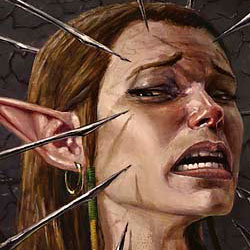 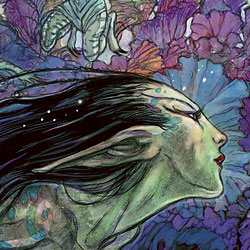 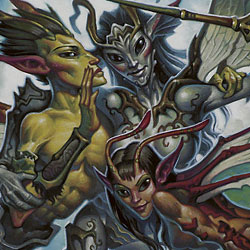 The Grixis Vat deck does very well against pure control decks and aggressive decks. Unfortunately, It's very difficult to design a deck that does well against faeries while maintaining a reasonable match up against the other decks. I hope you all enjoyed this new take on Mimic Vat in Extended. Be sure to check Adam Styborski's column, Serious Fun, this week for more fun with my favorite rare from the new set.

Posted in Building on a Budget on December 1, 2010