ast weekend, I played Sealed Deck at the Dark Ascension prerelease. I like to take notes on the more deceptively powerful cards, though, and try to find their applications for Constructed.

The first card that really jumped out at me was Pyreheart Wolf. A 1/1 for three mana might not seem impressive, but the card makes it very easy to attack freely for a couple turns. My Round-1 opponent played Pyreheart Wolf after a Darkthicket Wolf in the first three turns. On the fourth turn, my opponent attacked.

Imagine what it would be like if my opponent cast Hero of Oxid Ridge or Hellrider that turn. Imagine a second-turn play of Strangleroot Geist. Is there much that can race that in the current Standard format?

I found myself making and remaking red-green aggro decklists in my head.

The undying ability of Pyreheart Wolf is what really puts it over the top for me. It makes the card forgiving. In the past, cards like Pyreheart Wolf haven't been good enough because they required both that you had a positional advantage and that your opponent didn't have a removal spell. Additionally, cards like this have often made players especially susceptible to mass removal, like Day of Judgment. With Pyreheart Wolf, these issues are no longer a problem. If the race is somewhat even, then Pyreheart Wolf forces your opponent to leave back multiple blockers or just make an all-out attack. If your opponent chooses to make an all-out attack, then you can even trade your Pyreheart Wolf for a creature with 1 toughness. Not only do you kill your opponent's guy, but you're left with a 2/2 that makes your team very hard to block. The undying on Pyreheart Wolf actually makes it increase your defenses against board sweepers, instead of opening you up for a blowout. 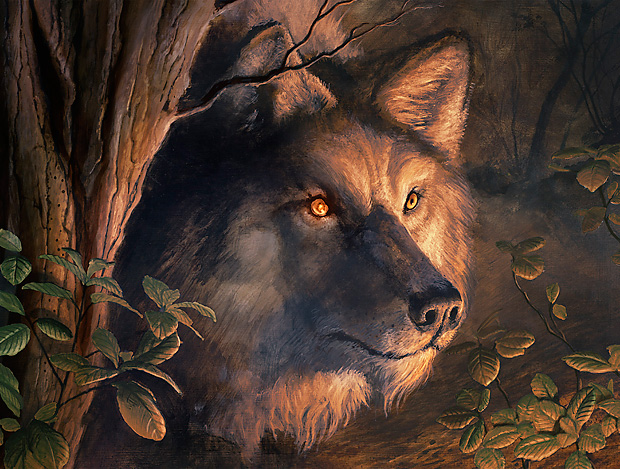 It's not very likely your opponent will be able to block at all when you attack with Hero of Oxid Ridge and a Pyreheart Wolf at the same time.

What's a better card? Isamaru, Hound of Konda or Suntail Hawk? Not really. Isn’t that kind of insane?

At this point, you're probably questioning the validity of my claims. As a dog lover, I might be mildly biased in favoring cards from the Canis genus, but I assure you that both of these cards are actually quite good.

If Young Wolf is good, then Strangleroot Geist must just be the most absurd thing ever—and I assure you, it is. A hasty creature with 2 power can apply a lot of pressure in a very short period of time—just ask Goblin Guide. Strangleroot Geist puts people in really strange positions where they feel like they're forced to race you, allowing it to get into the red zone early. Opponents are unable to trade because they will lose a card and give you a bigger creature. They also can't break serve with inexpensive removal spells because Strangleroot Geist has both haste and undying.

Viridian Emissary is another two-drop that makes the deck resilient to board sweepers, spot removal, and blockers. The deck might not look like it's very mana hungry, but having extra mana at your disposal is always welcome. Cards like Lead the Stampede reward you greatly for ramping your mana. I want the deck to have a reckless abandonment feel to it; I want a deck where the pilot can attack with every creature at every possible opportunity.

I've chosen to include some one-mana ramp creatures. These cards will make the deck mildly weaker against board-sweeping effects. Luckily, board sweepers are actually quite bad against our deck. Our early drops that aren't mana creatures either have undying or replace themselves with lands when they die. We'll have no problem allowing our opponents to tap three or four mana to cast Slagstorm or Day of Judgment. Sure, our opponents might get to kill a mana creature, but they're likely going to lose to one of the deck's haste creatures that hit for 4.

Hellrider is one of the best red cards in Dark Ascension. It's like a haste creature with 4 power, but it has the potential to do a lot more than 4 damage the first turn it enters the battlefield. It's almost like an Overrun. If you curve out properly, you should have a few critters to attack alongside your Hellrider to maximize its effectiveness. Hellrider is a near-perfect four-drop in a deck intended to play such a huge number of creatures. We need to constantly remind ourselves that the deck needs to beat Day of Judgment while applying enough pressure to token strategies in the earliest turns of the game. Additionally, Hellrider will probably be relatively easy to acquire through trading once Dark Ascension is released.

Undying is a fine mechanic for ensuring the longevity of your early plays. If anything, it's going to make an opponent think twice before casting a card like Day of Judgment. Eventually, though, someone will cast a board sweeper—and it's probably going to be after you play your four-mana creature. It's important to point out that we're working very hard to make our deck resilient in this strategy. Haste creatures are another way to punish opponents for playing sorcery-speed board-sweeping effects. Players who intend to catch up with board sweepers will find themselves dead from undying swingbacks and taking hits for 4 to the face over and over.

There was a time when Hero of Oxid Ridge was the most feared four-drop in Standard. Now, Hero of Oxid Ridge has a lot of availability. I suspect it won't be so easy to acquire for long, though, considering the amount of strong token production in the new set. Pick these up while you can still get them on a budget and you'll be very happy to see how well they work in this type of deck. Hero of Oxid Ridge combos very nicely with Pyreheart Wolf, making your whole team gigantic and much harder to block. Most importantly, Hero of Oxid Ridge lets the deck stay on theme and play the most aggressive game it possibly can. I want to be attacking with all my creatures on every available turn. Hero of Oxid Ridge seems like the perfect fit here.

I'll finish off the deck with four copies of Lead the Stampede. Every other spell in the deck is a creature, so you're likely to hit two creatures whenever you cast it. Sometimes you'll get lucky and hit three or four, and that just might be the game. This card continues our theme of bottomless aggression and ensures this red-green aggro deck never runs out of juice.

Here's a pure budget list for the deck. You can easily acquire all the non-Dark Ascension cards here on Magic Online, then pick up Hellrider, Strangleroot Geist, and Pyreheart Wolf for super cheap once Dark Ascension is released online.

Currently, Hellrider and Hero of Oxid Ridge are the only rares in the deck. The mana for the deck would be very poor if I chose not to play with the rare dual lands from Scars of Mirrodin and Magic 2012. Luckily, red-green dual lands aren't the most popular these days and they can easily be traded for. The deck isn't very mana intensive and cards like Viridian Emissary and mana-producing creatures often give it an abundance of mana.

With those low mana needs, I wanted to see if I could find a five-mana creature that fit the deck. Urabrask the Hidden seemed obvious. It does everything this deck wants and nothing it doesn't. Despite being a mythic rare, Urabrask the Hidden isn't hard to acquire. You'll find it's very easy to trade for a pair of these if you want to complete this deck.

Here's the polished version of the deck.

This deck manages to be competitive without being difficult to acquire. However, I would only be giving you a half-story if I wrote about a red-green deck and didn't mention Huntmaster of the Fells—one of the strongest four-mana creatures ever printed. This card does everything. Against control decks, he's an aggressive play that forces opponents to do things during their turn if they don't want to get punished by a gigantic fireball-throwing Werewolf. Against creature mirrors, I like to imagine I hold Huntmaster of the Fells until it's the last card in my hand. Huntmaster of the Fells solves one of the major timeline points for any creature mirror and ensures victory the moment an opponent runs out of gas. Your opponent will eventually fail to play something and Huntmaster will flip into Ravager of the Fells, killing one of your opponent's creatures. You just got 6 points of power spread over two creatures, gained two life, Shocked your opponent, and killed one of your opponent's creatures. That's quite the deal.

I've chosen to leave Huntmaster of the Fells on the sidelines because the card is very sought after. If you're lucky enough to open one or acquire a few through trading I would definitely add them to this deck. 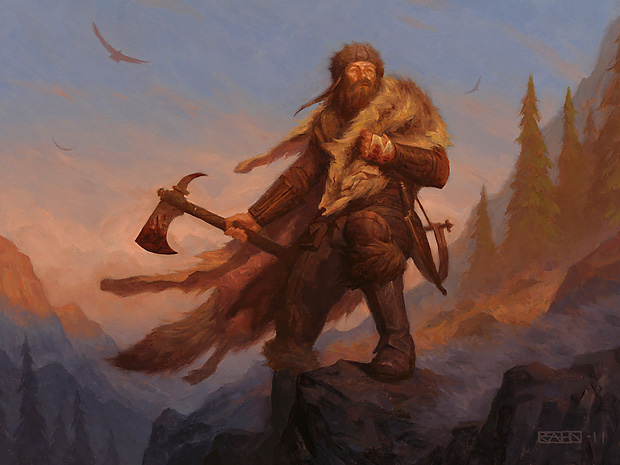 As it stands, this deck is an excellent way to compete in the new Standard without too much of an investment.

I'm eager to hear your Dark Ascension deck ideas! Be sure to hit the message boards or shoot me an email. I already have some really great ideas for the coming weeks, including a Scrapyard Salvo deck!