was lucky enough to play in the Pro Tour in San Juan Puerto Rico this past weekend. I played an exciting deck built around Beastmaster Ascension that had been designed by Zvi Mowshowitz then tested by Sam Black, Brian Kowal, Alex West, Matt Ferrando, Christian Calcano, and myself. My Pro Tour was not a huge success, but two people playing my deck managed to make the Top 8. 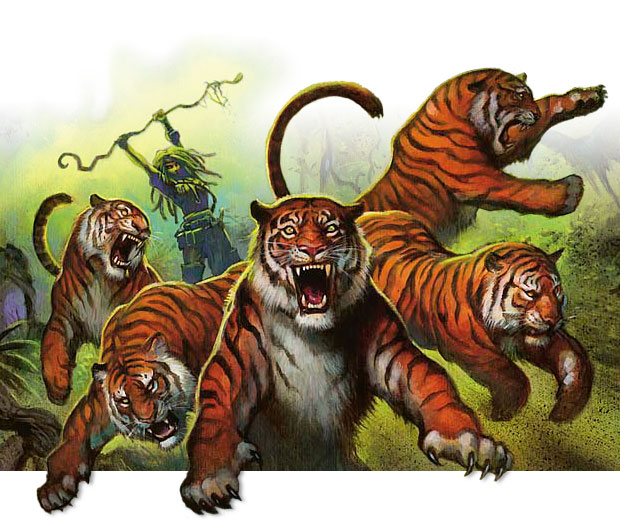 Here's the deck I played: (Keep in mind that this is not a budget list.)


The theory behind this type of deck was very interesting. Against other creature-based decks the plan was simple: Clog the board up into a confusing state, play Beastmaster Ascension or Eldrazi Monument, attack with your team, offer a handshake. Initially, the deck was having a bit of trouble with control decks: Day of Judgment was very good against us and Journey to Nowhere helped them fight our River Boas and Vengevines. I went to Zvi's apartment to do some testing two weeks ago and I learned how to play the match. Zvi cast a turn one Arbor Elf and passed the turn. I played a Kabira Crossroads and passed the turn back. Zvi cast a Nest Invader and played a Khalni Garden. I played a Celestial Colonnade and passed. Zvi cast Beastmaster Ascension and attacked with four creatures. Suddenly, I couldn't win. I realized that Beastmaster Ascension was not in my deck for when I overcommit, but Beastmaster Ascension could force my opponent to cast Day of Judgment into unimpressive battlefields. 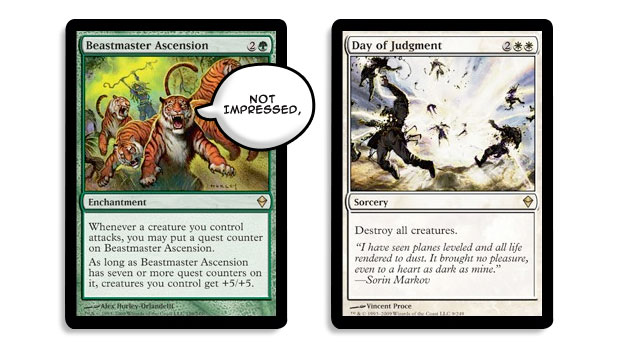 I decided that I would write about a Standard-ready Beastmaster deck. Many cards in the original build are too expensive for this column, but Standard gives us a lot of new options. I'll start by going over cards from the original list that will probably make the cut.

Nest Invader: I was always impressed with Nest Invader. It did an excellent job accelerating me into Eldrazi Monument, setting up massive board presence, and blocking Goblin Guides. I have seen Dragon Fodder be played in a number of different decks and this card seems like it has to be a strictly better version of the Shards of Alara sorcery. You get the same amount of power, the same number of bodies, an extra point of toughness, and the ability to use the one body to accelerate your mana into haymaker turns. Joraga Treespeaker: This card enables some exceptionally degenerate draws. Having five mana on the third turn was pretty normal for my Pro Tour deck. This list won't have Lotus Cobra, but Joraga Treespeaker will still be able to ramp you into very scary things on the third turn. I don't know about you guys, but I'm a big fan of casting Siege-Gang Commander on the third turn.

Kozilek's Predator: Three bodies for four mana is a hell of a deal. I've played many games where I had four or more counters on my Beastmaster Ascension and Kozilek's Predator presented eighteen points of power split between three bodies. River Boa: I only played two copies of this in my deck at the Pro Tour, but those two cards won me at least two games. River Boa is very well positioned against the control decks these days. Day of Judgment lets you regenerate, so River Boa can live through a board sweep now. The islandwalk ability lets River Boa slither past Wall of Omens and strangle your opponent's Jace. I'm not sure how many of these we can fit in the main deck here, but I know I want extra copies in my sideboard.

Eldrazi Monument: I think Eldrazi Monument was probably the best card you could play at this Pro Tour. Very few people had answers to this menacing artifact. Oftentimes, their answer, a Kor Sanctifiers, for example, would be too little, too late, as the Monument often kills people the turn it is played.

Now, I would like to talk about different Standard-legal cards that I might be able to play.

Llanowar Elves: This is just a strict upgrade to Arbor Elf. Having access to explosive mana development is important in a deck like this. You want to be able to dump your entire hand onto the table as quickly as possible against other creature based decks. It's important to remember that the size of your creatures is not as important as one might think. Beastmaster Ascension or Eldrazi Monument will make sure that every threat you present is formidable.

Goblin Assault: Awakening Zone was in the original deck list. The Zone was quickly cut for Bestial Menace, which later became more copies of Vengevine and a few River Boas. Goblin Assault seems like it offers a lot more than Awakening Zone, though, especially in Standard. Vengevines are far too expensive for this column and I need a reasonable way to attack planeswalkers. Goblin Assault and Beastmaster Ascension create an interesting kind of inevitability. Eventually, these tokens will be huge. Simple creatures like Nest Invader suddenly force your opponent to tap out for a Day of Judgment.

Bloodbraid Elf: I doubt many people will be surprised to see the best creature in standard make an appearance here. Bloodbraid and Goblin Assault help make up for what we lost against control decks with the exclusion of Vengevine. I understand that the cascade flips may be less than optimal a decent portion of the time, but Bloodbraid Elf's raw power level makes it very difficult to pass up on this type of deal.

Sarkhan Vol: Long before he went loco, Sarkhan was made for this type of deck. Sarkhan lets you recover beautifully from Day of Judgment. Playing a token producer and activating his +1 ability can activate a Beastmaster Ascension out of nowhere. The threaten ability also combos nicely with the Ascension. Sarkhan Vol is one of the least expensive planeswalkers and can usually be traded for with relative ease.

Siege-Gang Commander: This is an obvious addition. Siege-Gang gives this deck everything it was missing: Reach, high-end token production, and power. I was worried about the loss of Wolfbriar Elemental when I initially thought about adding red, but Siege-Gang alleviated all of my fears.


I played a game on Magic Online to make sure the deck worked like it was supposed to. 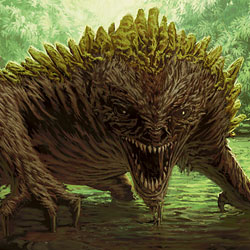 I won the die roll and kept Forest, Forest, Mountain, Llanowar Elves, Nest Invader, Bloodbraid Elf, Sarkhan Vol. I played my forest, cast Llanowar Elves, and passed the turn. My opponent played a Lavaclaw Reaches and passed the turn. I drew another Forest, played my Mountain, cast Nest Invader, and attacked for 1. My opponent played a Raging Ravine and passed the turn. I drew a Siege-Gang Commander, and had a few different options. My opponent didn't have a threat on the board so I figured sticking a Sarkhan Vol was probably the best option. I played Sarkhan, pumped my Nest Invader and the token and attacked for 4. My opponent played a Verdant Catacombs, popped it, and cast a Sprouting Thrinax. I drew another Forest and lacked the second red mana I needed to cast my Siege-Gang Commander. I cast Bloodbraid Elf and Flipped into a Beastmaster Ascension. I used the -2 ability on Sarkhan Vol and stole my opponent's Sprouting Thrinax, I attacked with the team and my Ascension was sitting pretty at five counters. My opponent cast a Bloodbraid Elf and flipped into another Sprouting Thrinax but he couldn't attack because he would die to the swing back, unfortunately, he couldn't hold back to block either because the threaten ability on Sarkhan would be enough to kill him. He realized that he was dead no matter how he set things up and conceded.

Adding red to the deck may seem like a hefty cost. It requires picking up a lot of rares that many players may not have access to. I wanted to make a mono green version of the deck that was Standard friendly as well. I'll explain all the cards that will get to see play in our mono-green list.

Arbor Elf: I see no reason why we can't play a full eight one-mana elves in this deck. I think a card like Arbor Elf is absolutely necessary to the function of the deck. Basically, if I could play more than four Llanowar Elves in the mono-green version, I would, so I will.

Wolfbriar Elemental: The finisher we used in block is ready for some Standard action. I think this guy has a lot of potential. I really like Wolfbriar Elemental's ability to close games without an anthem ever hitting the table.

River Boa: I already spoke about the power of this card, switching back to mono-green lets us play additional copies.

Bestial Menace: Six points of power for five mana is a great deal. The fact that we get three bodies to help turn on our Ascension makes this card incredible.


This list will play out very similarly to the deck I played at the Pro Tour. If you don't have a lot of money to invest in a deck and you've been itching to play some FNM then this may be the deck for you. 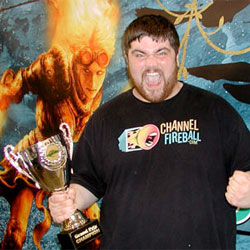 Personally, I think the red-green version of the deck has what it takes to be competitive in a real Standard environment. The list is not perfect yet, but with a good pilot and a good amount of testing the deck should find its way into a perfect list in the coming weeks. Beastmaster Ascension is one of the most exciting cards you haven't played with yet.

I'd like to end this column by congratulating my good friend, Brad Nelson on his historic run over the past two weeks. Two months ago Brad was complaining that he was never able to win anything in Magic despite putting so much time into it. I told him that he would eventually get there and he clearly has. He won the Magic Online Championship Series, the Grand Prix in Washington D.C., and Top 8'ed the Pro Tour in San Juan Puerto Rico. Awesome work, Brad!