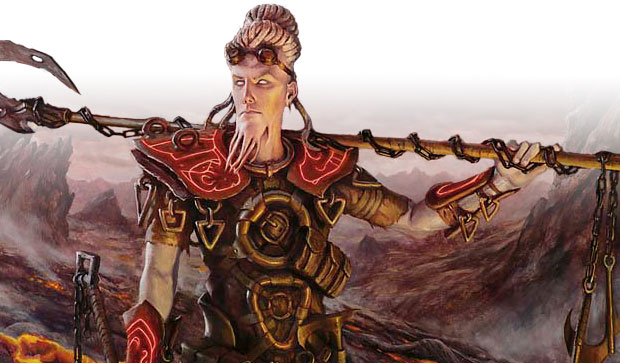 Kor Firewalker seems like one of the better creatures in Standard. This card was the subject of a lot of hype when it was first spoiled; somehow, though, the excitement has ebbed over the past few weeks. This card is an incredible metagame tool. It crushes decks like Jund, Cruel Control, Boros Bushwacker, and especially Mono-Red. This card deserved its original hype, and it deserves a home.

Stoneforge Mystic is another card that seems criminally undervalued at this point in time. Playing a Stoneforge Mystic never leaves you behind. A two-mana automatic two-for-one is a welcomed addition to any white deck's repertoire. In Extended, this lovely engineer can fetch up powerhouse cards like Umezawa's Jitte or Sword of Fire and Ice. In Standard, we can find efficient spells like Trusty Machete, Basilisk Collar, and Behemoth Sledge.

After examining Gatherer for a bit of time I noticed that both creatures were Kor. The cogs in my head started spinning, and I recalled cards like Armament Master, Kor Duelist, and Kitesail Apprentice. A further examination of Gatherer revealed that Conqueror's Pledge actually puts Kor Soldiers into play. I decided that an aggressive Kor deck deserved to be built. Here's the first list I put together.

I played about fifteen games with the deck and was both impressed and disappointed.

The one drops seemed very powerful. Kor Duelist was especially strong. (Double strike ends games quickly.) Stoneforge Mystic was very powerful; the ability to find Equipment and get a body to equip it to is blatantly absurd. Kor Firewalker seemed like it would be an automatic four-of in any white-based deck; the applications of this card are really unbelievable. Sejiri Steppe was also very strong; I had a number of games where it allowed me to attack an otherwise unstoppable planeswalker or just kill my opponent outright.

The deck had a lot of trouble with opponents that drew more than one removal spell. I wanted to include cards like Brave the Elements or Harm's Way to minimize the effect of spot removal like Lightning Bolt. Brave the Elements seemed like a better choice, because it could also be used as a finisher that made my creatures unblockable. Unfortunately, Armament Master was a liability. Every time I dumped mana into equipping it and swung with my team, I would be met with a removal spell that made me lose the game on the spot. Removing the Armament Master causes a chain reaction in the deck's development. Conqueror's Pledge loses a lot of value when I take out the Armament Master, so that will likely be cut as well. Marshal's Anthem loses a lot of value when I cut the Conqueror's Pledge. The Anthem was always an incredible card, but cutting the Conqueror's Pledge lets me lower the land count, and I can't justify playing Marshal's Anthem in a deck with twenty-two lands.

Something about the deck still felt lackluster to me. I went back to Gatherer and began my search again. The creature type of my creatures, was no longer relevant so a whole new slew of efficient creatures became available. The one card that I wanted more than anything else was a copy of Behemoth Sledge. I imagined the insanity that might ensue if I was ever given the opportunity to equip it onto a Kor Duelist. Splashing green seemed easy enough to me. I could play four Sunpetal Grove (a card that has gotten much easier to trade for since the release of Stirring Wildwood). I wouldn't have to play more than four lands that made green mana, because Stoneforge Mystic's ability will allow me to put the Behemoth Sledge into play without using green mana. 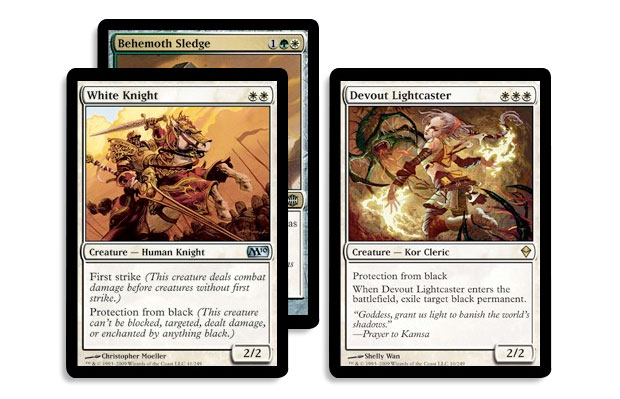 Having creatures with protection from red or from black seemed like a very strong metagame call. Creatures with protection from key colors are prime targets for our Equipment. Vampires will be hard-pressed to beat a White Knight carrying a Behemoth Sledge, and Jund and Grixis will have fits dealing with a variety of creatures that dodge key removal spells. I decided to include a playset of White Knight and at least a few copies of Devout Lightcaster.

The last addition I made to the deck was a few copies of Oblivion Ring. The four Path to Exile were incredible, but I wanted a little more removal. Oblivion Ring deals with problem artifacts or enchantments as well as creatures, and it really shines against Howling Mine / Font of Mythos decks.

4 Path to Exile 4 Brave the Elements

The deck works beautifully. I played a few matches with the deck that I would like to share with you.

Jund is, without any doubt, the deck to beat. When constructing new decks, I find myself aiming to beat Jund more than anything else. My original list had trouble with draws that included an early Putrid Leech followed by a Maelstrom Pulse. The new list should do better, with the inclusion of protection from black creatures and Behemoth Sledge. 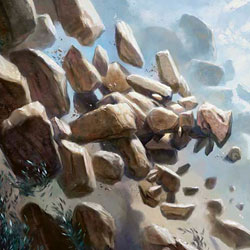 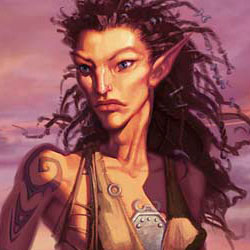 I drew a Plains, used Stoneforge Mystic's Ability to put Behemoth Sledge onto the battlefield, equipped the Sledge to Devout Lightcaster, and attacked for 4. I went back to 20, and my opponent ended up at nine thanks to a fetch land. My opponent drew and cast Broodmate Dragon. I drew Brave the Elements, equipped Basilisk Collar onto White Knight, and passed the turn. My opponent attacked for 8 in the air and brought me down to 13. He cast a second Broodmate Dragon and made a comment about the top of his deck being kind.

The top of my deck turned out to be kinder, though, as I drew a Path to Exile for his Putrid Leech, which allowed me to cast Brave the Elements naming red for exactly lethal damage. 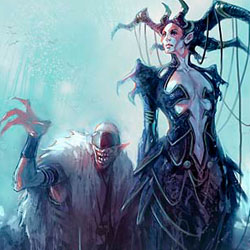 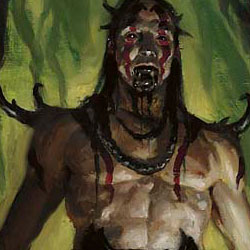 It may seem odd that I tested the deck against two decks with an inherit weakness to protection from red and black, but most decks in the format fall into this category. Vampires and Jund are probably the most played decks right now. Standard Haterator has a very strong match-up here with its powerful hate cards. The equipment theme is strong and very fun. I'm happy to say that this deck is incredibly budget-friendly, very powerful, and exceptionally original. If your local Friday Night Magic is overrun with decks like Grixis, Jund, and Vampires—as many are right now—then this could be a very strong metagame choice.