ello and welcome to Archenemy Week here at magicthegathering.com. Next Level Bant has taken Standard by storm and I'm here to share my latest budget creation, designed to show Next Level Bant players everywhere who their archenemy really is.

Jund, White-Blue Control, and Mythic are still beating up the Pro Tour Qualifier circuits, so we need to have a plan against them too. I had a lot of trouble working on a new Standard deck for this week. Standard seems to be more and more streamlined every time I delve into the format. This time around, I believe the homogeneous nature of the format gives me an excellent target to aim for. 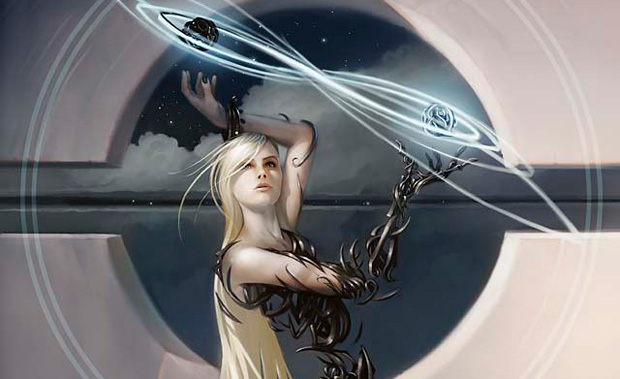 Let me explain the concept. A format dominated by decks that are more interested in their own plays than their opponents' is very ripe for the invasion of a deck that has the greatest power level once all of its pieces have been assembled. Master Transmuter allows us to do very powerful things in every match-up.

The options available here give us a lot of auto-win cards in specific match-ups. The biggest problem with the deck is its weakness to planeswalkers in Game 1. The deck has an incredible plan against almost every type of strategy, but Oblivion Ring can only do so much. White-Blue Control and Planeswalker Control can dominate games quickly when they get a planeswalker early. It's difficult to make a powerful Master Transmuter strategy that puts enough early pressure on these types of decks. 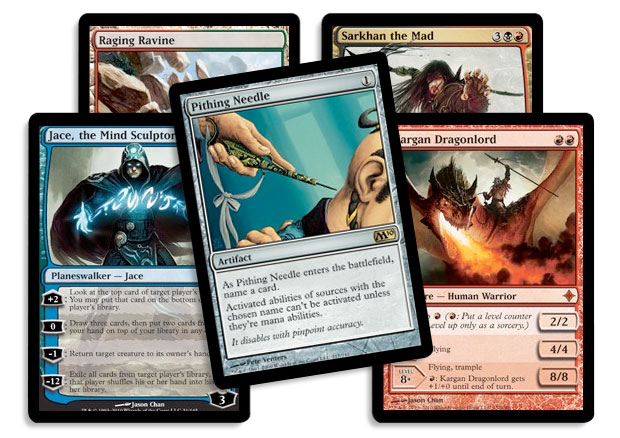 Luckily, Pithing Needle works beautifully out of the sideboard. Pithing Needle provides us with an artifact that can be transmuted and it shuts down a specific planeswalker permanently. One copy of Pithing Needle in the main is fine, but I'd be worried about adding any more. Having dead cards is too big a price to pay these days. The first one is still fine against the field. Naming Jace is nice against a huge chunk of people, against Jund you name Raging Ravine or Sarkhan, the Mad, and against red decks you name Kargan Dragonlord.

I'll explain each of the card choices and why they fit the bill.

Master Transmuter: The crux of the deck. Master Transmuter protects our threats while developing our board into something unbeatable for our opponent. It combos beautifully with Tidehollow Sculler, Sharuum the Hegemon, Prophetic Prism, and Sphinx Summoner. It becomes very difficult to lose a game when you have an active Master Transmuter on the battlefield.

Wall of Omens: It's just that good. It may not seem like this card is right for this deck, but Wall of Omens buys us the time we need to set up all kinds of absurdity. It cantrips, so you don't have to worry about it watering down your deck in the match-ups where it isn't very strong. I wasn't lying in my preview article, this card is probably going to be in more than 80% of the decks I design that are playing white.

Prophetic Prism: This card looks like it was designed specifically for this deck. The extra card helps us assemble key pieces and the mana fixing is very welcome. The true strength of Prophetic Prism is its synergy with Master Transmuter. Transmuting the Prism actually nets card advantage. It's also a very nice thing to sit on with your transmuter.

Pithing Needle: I'm only going to play one copy in the main, but Pithing Needle is very necessary to fight Jace, the Mind Sculptor.

Oblivion Ring: The deck needs to survive to the later stages of the game, Oblivion Ring helps us keep the opponent's board in check. Oblivion Ring is also very important in the war on planeswalkers.

Path to Exile: Path is great for fighting Vengevines and Baneslayer Angels, but it's especially nice in this deck because of how often you want to use it as a Rampant Growth effect. I like chump blocking with my Wall of Omens and using a Path to Exile on it before damage or casting Path to Exile on my Tidehollow Sculler with its Castigate trigger on the stack.

Sphinx of the Steel Wind: Jund still exists, and this card is very hard for them to beat. It's especially comical when you're hit with a Blightning and you drop one of these in the graveyard only to cast Sharuum the Hegemon on turn five and put them in a truly terrible spot.

Platinum Angel: There are a lot of decks that simply cannot beat a Platinum Angel. The text box is powerful enough to deserve the two spots. I had the pleasure of playing against a few Mythic decks with this hunk of metal on the table. Games get very difficult for them to win.

Sharuum the Hegemon: Sharuum provides the deck with inevitability. If there's something your opponent can do to break up your voltron, then Sharuum will almost certainly reassemble it for you. Oh, and it also happens to be a 5/5 flyer. It blocks Vengevines all day long and kills planeswalkers promptly.

Sphinx Summoner: To be honest, the deck is more a Sphinx Summoner deck than anything else. Sphinx Summoner finds you precisely the card you need at the exact moment you need it. Summoner essentially lets us play additional copies of Master Transmuter, also. The combo this creates with Master Transmuter is especially powerful, though. The ability to tutor for a Platinum Angel or Sphinx of the Steel Wind and put them on the battlefield for

3 Sphinx of the Steel Wind
50 Cards


I played a few games online with the deck to see how the deck functioned. 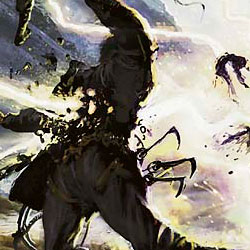 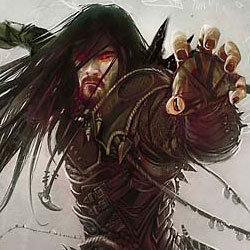 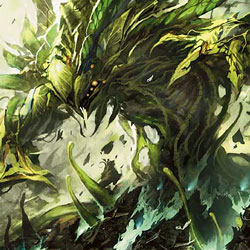 The deck performed very well in these games. I played many matches with the deck this week and I was most frustrated with early planeswalkers. The new Turboland deck that was played by LSV and others in Seattle last weekend also seems like a difficult match-up. The deck is very well positioned against a good portion of the Standard field, though. I strongly recommend putting it together for your next local Standard tournament. Enjoy!