received a lot of positive feedback for my column on Standard infect with New Phyrexia last week. This week, I'd like to discuss another overlooked card from New Phyrexia. Fresh Meat is card that got a bit of attention when it was originally revealed, but the hype seems to have died down. 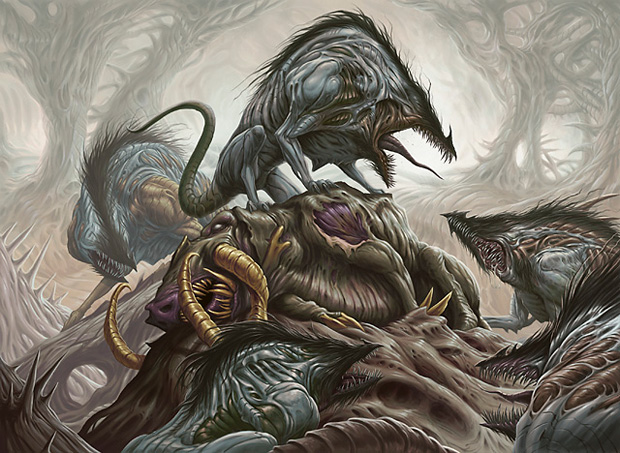 This week, I'd like to build a deck that gets maximum value out of the New Phyrexia instant. I began by researching cards with similar effects. Caller of the Claw seemed like a close enough match. Older deck lists with Caller of the Claw usually used the card in beatdown strategies as a precaution against Wrath of God–style sweepers. The card was common in sideboards, but was often included as a singleton in decks that had the ability to tutor it up.

That wasn't quite what I was looking for, though. I can't build a deck around a sideboard card, and it doesn't even seem like a good sideboard card in modern beatdown decks. Leaving four mana open is a difficult task, and most decks that would have Day of Judgment are also packing Spell Pierces and Mana Leaks. 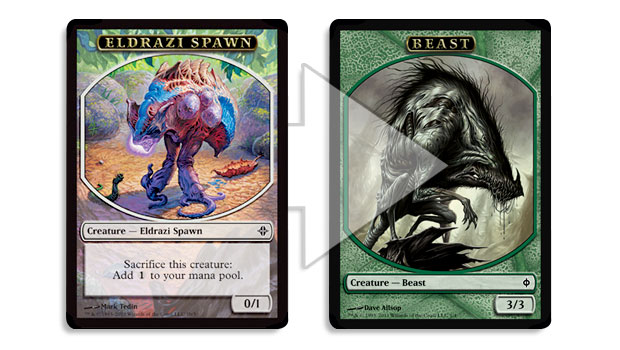 My friend Lewis Laskin suggested that I try to abuse the interaction between Eldrazi Spawn tokens and Fresh Meat. Eldrazi Spawn let you fuel the numbers for your Fresh Meat at an alarming rate. Think about it. If you have three Eldrazi Spawn on the battlefield you can pay one green mana and upgrade all three tokens into 3/3s. Things get even crazier when you happen to have multiple copies of Fresh Meat.

Eldrazi Spawn seemed like the perfect route for my newest creation. And then... I just can't help it—whenever I think about Eldrazi Spawn, I keep coming back to the same card.

Beastmaster Ascension has sat in competitive players' binders since Pro Tour San Juan last year. It's an awkward card. Most players see a card like Beastmaster Ascension and stop reading it after they see that you need seven counters. Seven may seem like a lot, but when you're pumping out Eldrazi Spawn it's never really a problem. You can put three counters on it one turn, and then add another four the next turn when you're going for a lethal attack.

The Beastmaster plan seems especially strong here. One of the problems with Beastmaster decks is that they're often put into situations where they have to make unfavorable attacks in order to get counters on a Beastmaster Ascension. Fresh Meat negates this problem entirely. Not only do you get to upgrade all your 0/1s into 3/3s, but every other creature that was gobbled up by your opponent's blocks will be refunded in the same way.

I'd like to note the importance of Eldrazi Spawn in the current Standard metagame. Eldrazi Spawn offer this deck a lot of resilience against creatures carrying Sword of Body and Mind, Sword of Feast and Famine, or Sword of War and Peace. Those that have been playing against modern Caw-Blade decks are very aware that Batterskull is usually charging into the red zone and making things difficult for decks that want to win a game with damage. This deck solves the issue by blocking the Batterskull-equipped creature with an Eldrazi Spawn and sacrificing the Spawn before damage, which means that the creature carrying the Batterskull never deals combat damage, and thus its controller doesn't gain any life.

Another card I'd like to include is Acidic Slime. Acidic Slime is going to be a very important tool that's able to destroy Batterskull if timed properly. Sometimes it's worthwhile to start attacking your opponent's mana base. If a player has missed a land drop then an early Acidic Slime may completely shut them out of the game. At first I thought it was crazy, but I actually want to include a few Brutalizer Exarch. Brutalizer Exarch gives us the redundancy we need to effectively combat our opponents' Swords and Batterskulls. It also gives us the option of tutoring up some nice one of creatures in post-sideboard games.

I want the deck to play a lot of creatures that accelerate my mana, allowing me to dump my hand onto the table and win with a well-timed Beastmaster Ascension or Fresh Meat.

Llanowar Elves, Birds of Paradise, and Arbor Elf all seem like pretty obvious inclusions. One-mana accelerators are an excellent way to assure that the majority of our hand is on the table on the earliest turns of the game. Birds of Paradise used to be difficult to trade for, but it has been reprinted enough times that there seem to be plenty around these days. Birds are also a nice card to have in your Magic collection. I still own a playset of Fourth Edition Birds of Paradise that I acquired when I was in junior high. I don't think I've gone a single year without sleeving them up at some point. 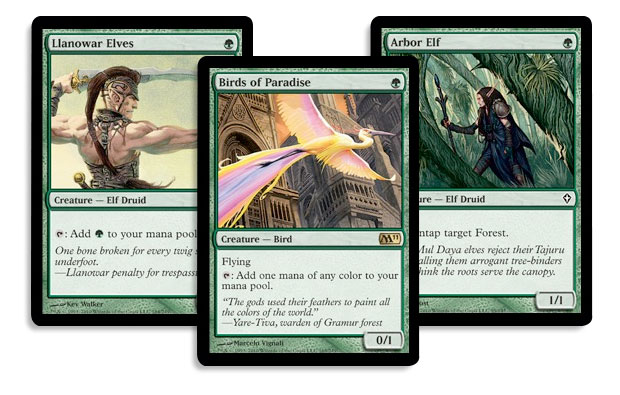 Joraga Treespeaker is an absolute powerhouse, as it allows us to play our Acidic Slimes as early as the third turn and makes our explosive draws that much more explosive.

Awakening Zone is probably the best way to produce a large number of Eldrazi Spawn. This is one of the most overlooked cards in current Standard. Its effect is immensely powerful for its mana cost and it fits especially well in a deck like this one. All of our turn-one mana accelerators will help guarantee that we can cast the Awakening Zone on turn two when it's in our opening hand.

Nest Invader and Kozilek's Predator are over obvious inclusions in a deck with this type of strategy. We'll have a massive force on the table before our opponents know what hit them!

The list looks really solid. I want a sideboard plan that lets me board out my Beastmaster Ascension against decks that are going to have Nature's Claim. I wasn't sure at first, but I think siding in Garruk Wildspeaker and a couple copies of Triumph of the Hordes may be the correct route for a deck like this. Here's the sideboard I would recommend:

I played a few matches with the deck to see how it performed against some of the most popular decks in Standard. 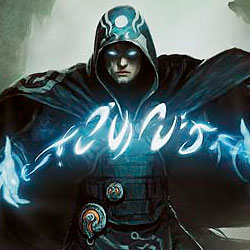 I made an Eldrazi Spawn token, drew a Fresh Meat, cast Awakening Zone, used Tectonic Edge to shoot my opponent's only red-producing land, and passed the turn. My opponent used Jace to Brainstorm, played a Lavaclaw Reaches, and passed the turn. I put a pair of Eldrazi Spawn onto the battlefield, played a Scalding Tarn, sacrificed it, and cast Slagstorm. Before passing priority, I sacrificed all my Eldrazi Spawn for mana and tapped my Birds and Llanowar Elves. I binned all my creatures and cast both copies of Fresh Meat, and my opponent packed it in. 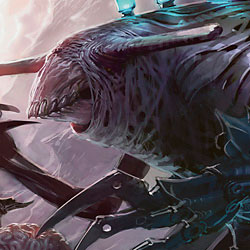 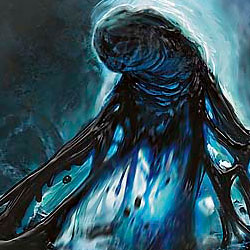 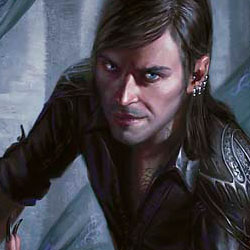 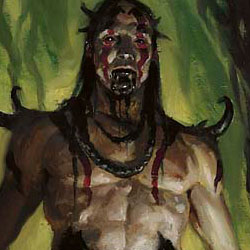 I made an Eldrazi Spawn token, drew a Forest, played it, attacked with both my creatures, cast Kozilek's Predator with a green mana open, and passed the turn. My opponent cast a Gatekeeper of Malakir with kicker—I sacrificed my Nest Invader—then played a land, cast Dismember on the Kozilek's Predator, and attacked with both Vampires. I sacrificed all three of my tokens, tapped my land, and cast Fresh Meat for five tokens, I blocked the Captivating Vampire. My opponent conceded.

Fresh Meat is one of the most exciting cards from New Phyrexia. Using it alongside Awakening Zone is sure to have Constructed applications. I hope you enjoyed my latest attempt at ascending. Be sure to shoot me an email or hit the forums with your questions, comments, or feedback.

Go play with some New Phyrexia cards, and happy brewing!