recently did coverage at the Star City Games event in Baltimore, Maryland. I was approached during one of my breaks.

"Are you the Building on a Budget guy?"

"My entire collection went missing recently and I was wondering if there was an inexpensive deck that would be capable of winning Standard tournaments in the new Standard."

Magic 2012 not been fully revealed yet. I gave him my information and told him to add me on Facebook. He started sending me his potential Standard deck lists to see if they were on par with the most powerful decks in the metagame.

He made it clear that he enjoyed playing red decks. Cards like Koth of the Hammer and fetch lands make traditional mono-red strategies a bit hard for someone that has to build their deck from scratch. There's another route to take when building your red deck, and this version doesn't need to bother itself with planeswalkers or fetch lands. I decided to get to work as soon as I was sent a list with Goblin Chieftain. 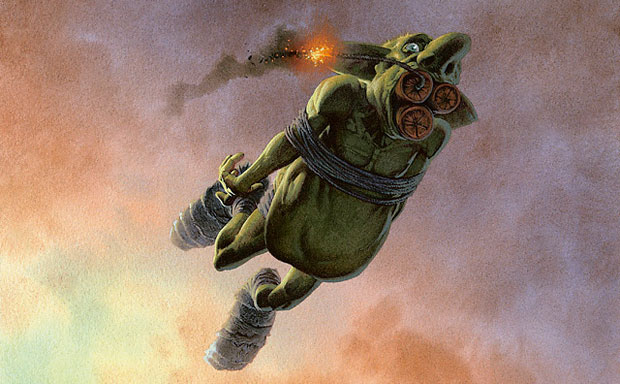 Goblins have been tier one for far longer than anyone wants to admit. The lone player piloting Goblins at the Standard Open event in Edison, New Jersey made the Top 16 with ease. That was long before M12 was revealed.

M12 brings Goblins to a whole new level, and it's all thanks to Goblin Grenade. Goblin Grenade is classically brutal. Five damage for a single red mana is terrifying if you're on the opposing end. I remember losing countless games to this card in the '90s when I played at the public pool. I knew Goblin Grenade would be powerful in M12 before I sat down for my first game at the midnight Prerelease.

I decided to do a quick Gatherer search to find a full list of Goblins that are currently in the Standard environment. I already knew that I wanted to be playing with Goblin Guide, Goblin Bushwhacker, Goblin Chieftain, Spikeshot Elder, and Goblin Wardriver, but I wanted to see which Goblins I was missing.

Goblin Arsonist seemed like a great card, especially against other red decks. I wanted another one-mana creature and, to be perfectly honest, I had completely forgotten about the "fixed" Mogg Fanatic. Goblin Arsonist will let me flood the table in the first few turns. It kills Grim Lavamancers out of the traditional red strategies and it cracks the opponent for extra damage if they're not playing 1-toughness creatures.

I had also forgotten that Tuktuk the Explorer was a Goblin. This gentleman really loves a Grenade. Really. Not only does Tuktuk interact beautifully with Goblin Grenade, but he's a beast against Black-Red Vampires and other red decks. It's very nice to drop a Tuktuk on the table when you have a healthy board and your control opponent just played their third land. They might be able to untap and cast a Day of Judgment, but you're still coming for 5 the very next turn. If you happen to draw your Grenade, then Tuktuk the Explorer absolutely insane against everyone except the new Puresteel Paladin deck. 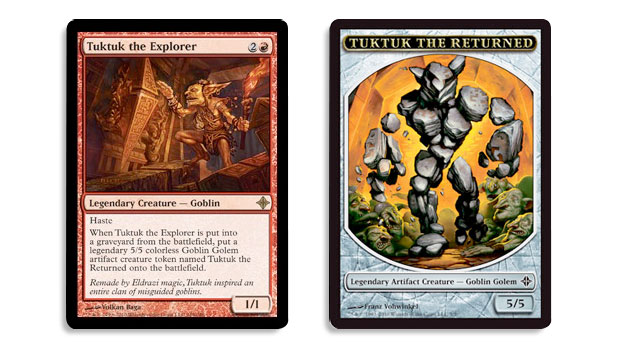 We should start by talking about the mana curve we're trying to achieve here. Normally, when building a Sligh shell, I want at least ten one-drops, at least eight two-drops, and no more than eight three-drops. Goblin Bushwhacker helps us accomplish more than one of these guidelines. It's a one-drop, so I can cast it on the first turn if I'm planning on curving out with a Goblin Wardriver or Goblin Chieftain, but it's also a two-drop. It deals a healthy dose of damage when cast on any turn of the game.

Spikeshot Elder has proven itself to be very powerful. It only becomes stronger when you include cards like Goblin Wardriver and Goblin Chieftain. I'll definitely want to be playing four of this one.

Goblin Guide might be the best aggressive red creature even printed. Goblin Guide is in somewhat high demand, but it was printed in the Event Deck "Into the Breach." The deck comes with two copies of Goblin Guide, and the extra copies in circulation should make it a lot easier to acquire your four copies through trading.

Goblin Wardriver has the ability to dish out some very serious beats, especially when you pair him alongside a Goblin Bushwhacker or Goblin Chieftain. You'd be surprised how easy it is to attack for double digits by the third or fourth turn when this gentleman entered the battlefield on your second turn.

Goblin Chieftain is one of the biggest reasons we're trying to play this deck. The card is one of the best lords we've seen in a very long time, and the Goblins we have to play alongside him are probably the best aggressive swath of any creature type in the current Standard.

I want this deck to play burn spells too. One of the scariest things in the new Standard is the red deck's burn package. This deck pushes the relevance and power level of the burn spells to a whole new level.

Having access to Incinerate, Lightning Bolt, and Goblin Grenade seems terrifying. Your opponent will be forced to make questionable blocks in the early turns of the game because they will simply get burned out if they let you take too big a chunk out of their life total.

Once I put it all together I arrived at the following list.

This deck has obvious problems with Baneslayer Angel and Kor Firewalker so I'm definitely playing four copies of Dismember in my sideboard. I'm also going to include a few copies of Devastating Summons in the sideboard to trump board sweeper effects and go all in against other red decks. Adaptive Automaton seems like a great sideboard choice against green decks that don't have spot removal beyond Dismember. Here's the sideboard I would recommend:

Adaptive Automaton is unnecessary and may still be difficult to acquire. The sideboard of a creature-based red deck is going to be a mess during its conception anyway. The only cards that are absolutely necessary for your sideboard here are the Dismembers. Don't panic if you can't find a fourth Adaptive Automaton.

I played a few matches with the deck to see how it did against the top Standard decks. 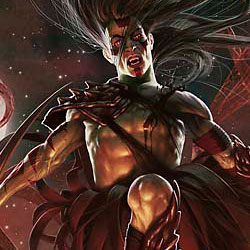 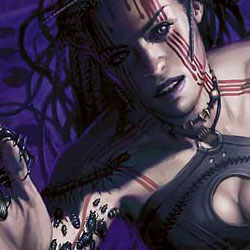 Tuktuk really changes this match-up for you. Red decks are very powerful right now, but a lot of players are playing Vampires in an effort to combat this. By playing a red deck with Tuktuk the Explorer we will make ourselves very strong against Vampires and still maintain our other good matchups. 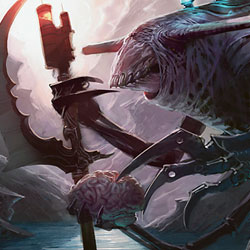 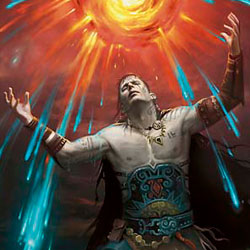 The Goblin deck is, without any doubt, very capable of winning a Standard tournament. The cards are easy to acquire, and the deck is very fun and aggressive. If you're looking to put together a Standard deck for the remainder of the season then I strongly recommend you give this a try.

As always, hit the forums or shoot me an e-mail with any questions or comments.