spent a few hours looking through Gatherer this past weekend. A lot of readers asked to see a budget Standard deck this week. I wanted to build a deck that had game against one of the most important cards in Standard, Stoneforge Mystic.

It may seem strange that I'm targeting Stoneforge Mystic, but it is quickly becoming the most impressive threat in the format. Last weekend, at Pro Tour Paris, Stoneforge Mystic was played as a four-of in both aggressive and controlling decks. Having access to either Sword of Body and Mind or, more importantly, Sword of Feast and Famine makes the situation very difficult for any non-red opponent. As a bonus, you're playing white. So if your opponent happens to be playing red, they're in a lot of trouble after you sideboard. 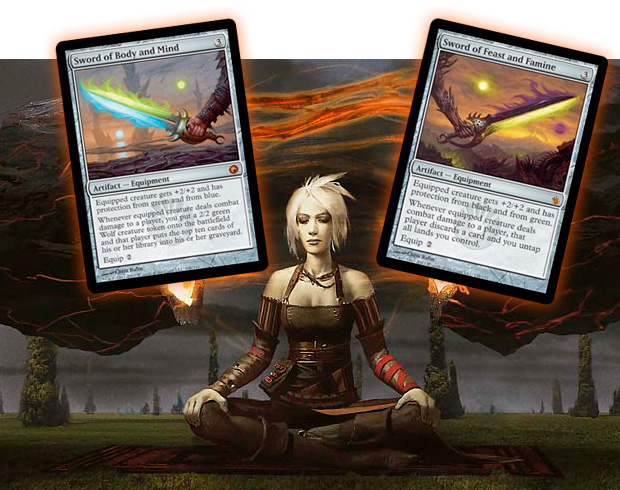 Removal isn't the answer to a card like Stoneforge Mystic. A savvy Equipment-slinger won't waste their mana trying to equip their sword into an untapped opponent; they will just cast more creatures and attack, forcing you to use your removal spells prematurely or to tap out for a defensive measure on your own turn.

The best answer I was able to find was Tumble Magnet. Tumble Magnet accomplishes everything you need it to. Playing the card makes it very difficult for your opponent to profitably equip something. Be conservative with your charge counters; wait for your opponent to enter the combat step and only tap something if it's equipped or if it's a six-mana mythic rare from Magic 2011. Tumble Magnet is especially strong because it's a permanent. Instant-speed removal demands that we leave our mana untapped. Leaving up mana for Instant-speed removal gives our opponent an opportunity to gain a small advantage by playing additional Squadron Hawks or Stoneforge Mystics. 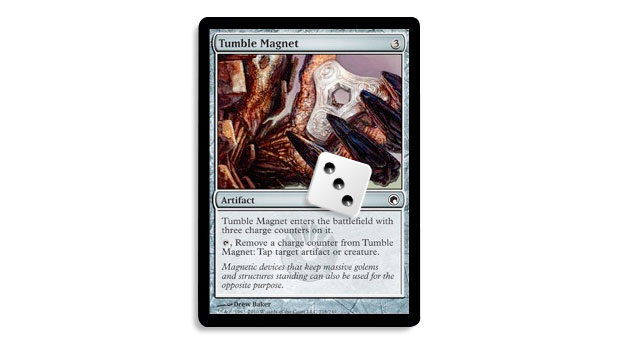 Standard is not one dimensional, though. Players can slap down planeswalkers and beat you no matter how many Tumble Magnets you have on the battlefield. Lux Cannon was always a bomb in Limited. Some decks just didn't have a way to kill it. In Standard, most decks have little to no way to interact with the four-mana artifact. This seemed like a strong way to interact with planeswalkers.

I've already got two artifacts that use charge counters, so this could be the perfect opportunity to use proliferate to our advantage. Throne of Geth combos nicely with Ichor Wellspring and Spine of Ish Sah. The proliferate mechanic is very powerful if we have multiple copies of Tumble Magnet and/or Lux Cannon on the battlefield. Once we have multiple Lux Cannons with proliferate going, it's only a matter of time before our opponents are completely out of the game. 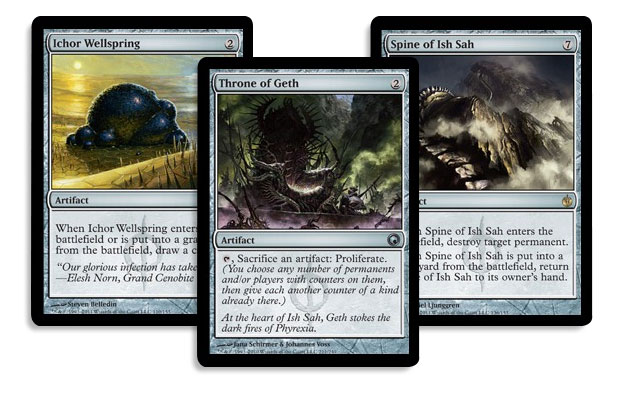 Speaking of proliferate, Contagion Engine does it twice. I don't want to be crazy and play more than one copy, but a few copies of Treasure Mage could make us find it with some level of consistency. Imagine having a Contagion Engine on the 'field alongside a pair of Lux Cannons. Yeah, it seems like a lot of fun. 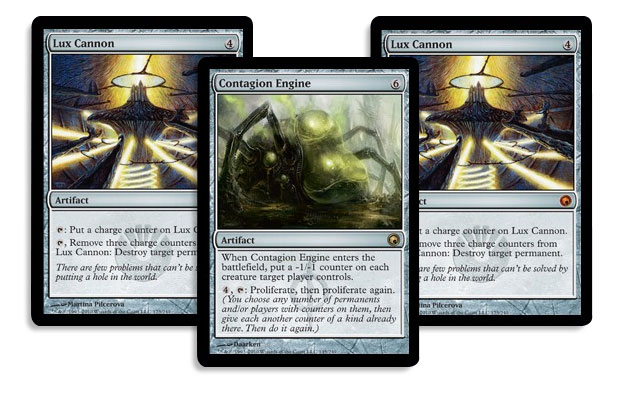 Spine of Ish Sah is another Treasure Mage target that can do some crazy things in a deck like this. We can destroy a permanent every turn if we have a Throne of Geth going. It isn't unreasonable to imagine a board state where we cast the Spine multiple times in a single turn.

Everflowing Chalice is an absolute house in this type of deck. The charge counters grow as we proliferate, so we start being able to produce a lot of mana in the mid- to late-game. We can use this mana to start a chain with our Spine of Ish Sah.

Semblance Anvil has been screaming for me to play with it and I've obliged a few times. This seems like the perfect deck for a card like this. Spine of Ish Sah seems very undercosted when it only costs five to destroy a permanent every turn. Throw in some Lux Cannon activations and your opponent will have no permanents left on the battlefield before you know it.

Now I need some win conditions. Precursor Golem and Myr Battlesphere are the first two that come to mind. Both creatures "wear scarves" (they can't be targeted by Go for the Throat) and put very fast clocks on our opponent. Treasure Mage and Trinket Mage also seem like great fits for this type of strategy. The card advantage is always welcome and I'd like to have access as needed to cards like Spine of Ish Sah, Contagion Engine, Myr Battlesphere, Voltaic Key, Elixir of Immortality, Brittle Effigy, and Everflowing Chalice. 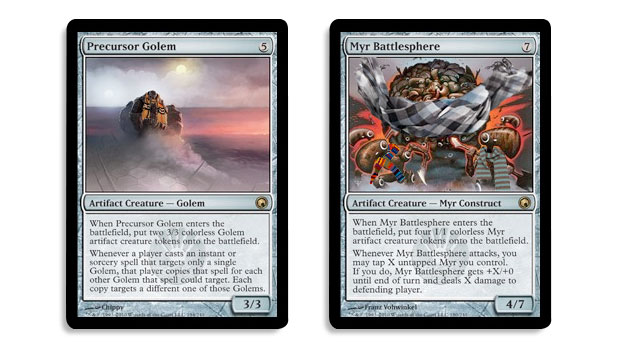 I'm worried about the speed of decks like Kuldotha Red, so I've included three copies of Pyroclasm.

I played a few games with the deck to see how it did against some of the most threatening decks in Standard: 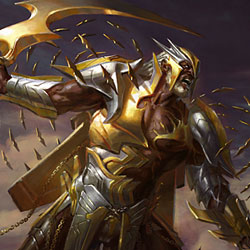 My opponent attacked with Mirran Crusader, and I double blocked, my opponent used a Lightning Bolt to kill one of the Treasure Mages, and I binned both of my creatures. My opponent cast a Squadron Hawk. On my opponent's end step I tapped my Lux Cannon for a counter, then activated my Contagion Engine to put two more counters on each Everflowing Chalice and the Lux Cannon. I drew a Throne of Geth, cast it for free, sacrificed my Spine of Ish Sah to proliferate again, returned Spine of Ish Sah back to my hand, cast Spine of Ish Sah, destroyed the Mirran Crusader, and passed the turn. My opponent played a fourth land, cast both other Squadron Hawks, attacked for 1, and passed the turn. 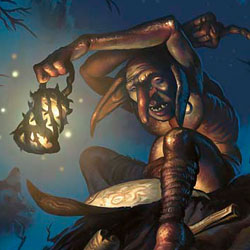 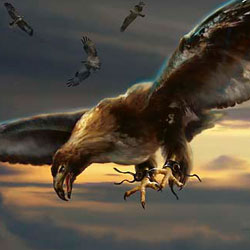 Jace, the Mind Sculptor did some stuff and things were looking pretty bad. Eventually, I was able to Lux Cannon the Jace away, but my opponent had another copy in hand and I was back under immense pressure. Eventually, I ran out of counters on my Tumble Magnet and I died to a bird with a Sword in its mouth.

This deck may not be the most consistent, but it's a lot of fun once you assemble all the pieces. If you're the type of player who loves assembling unbeatable controlling board-states, then this deck is perfect. Be sure to hit the forums with ideas and suggestions for next week's column! 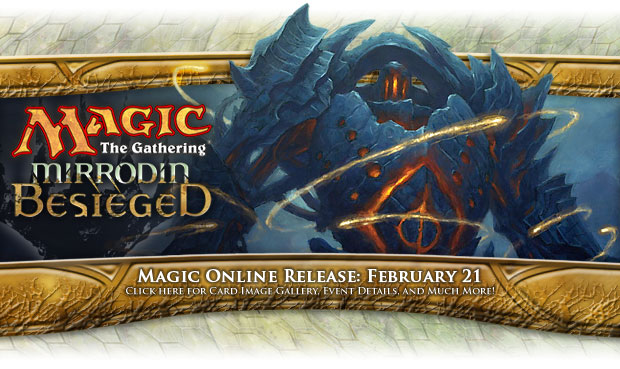