t's been a while since I've tried something that's completely outside of the box. I've been asked a lot recently to work on a Modern deck that abused Faithless Looting. I tried a number of different builds and failed. Unburial Rites was too inconsistent and slow, Dream Salvage made me distort my deck too much. I probably lost twenty matches in a row on Magic Online before I started to figure out the correct configuration for this type of deck. Sam Black had a Legacy Faithless Looting deck that abused Lingering Souls and I wanted to see if I could find the best way to use this in Modern. Eventually, I found a list I was happy with and decided I needed to build a discard deck that abused my graveyard in a unique fashion that found a balance between offense, defense, and disruption. Enjoy! 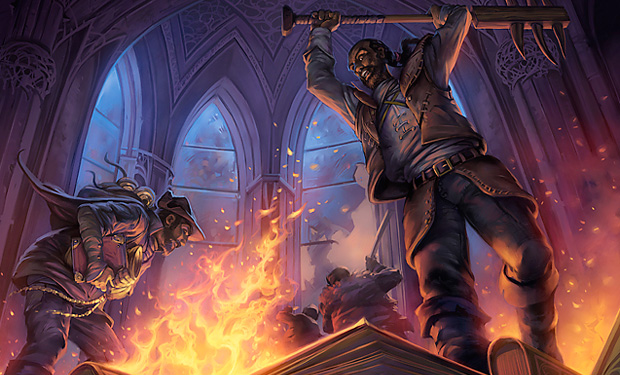 I'll get right into it and discuss the cards that ended up in the final build of the deck.

Rotting Rats wasn't in my original build, but after watching Sam Black play a similar deck in Legacy I decided I would have to be crazy to not include this guy. Rotting Rats does everything I want in a deck like this: It provides a chump blocker I can use to drag the game to the point where my opponent has no cards in hand. The unearth ability on Rotting Rats lets me empty my opponent's hand even when I don't have any discard left in mine. I don't mind discarding Rotting Rats to Faithless Looting because I can always use its unearth ability to get some extra value in the later stages of the game.

Faithless Looting is the reason this deck can exist. We can use Faithless Looting to find the right amount of discard to empty our opponent's hand and then we can flash it back to replace all the less-than-spectacular discard once the game has gotten to the point where our opponent is in topdeck mode. It's hard to express just how powerful this card is here. We're playing twenty cards that work from our graveyard or interact well with our graveyard. Normally, Faithless Looting ensures card disadvantage. You draw two and discard two, but you spent a card to do so; if you have seven cards in hand and you cast Faithless Looting, you end up with six cards. However, that all changes in a deck like this. If I'm drawing a Shriekmaw and a Nyxathid and I discard a Sedraxis Specter and Lingering Souls, I'm probably netting somewhere in between one and two cards with every casting of Faithless Looting.

The Rack has always been one of my favorite win conditions. It's important to remember that you should always cast The Rack after all of your other spells. It won't do anything if your opponent still has a grip. Your mana can be spent better in other places until your opponent is down to one or zero cards.

Rise // Fall is perfect here. All of our discard is going to make opponents miss land drops at some point. Once your opponents miss a land drop or you've gotten a look at their grip you can use Rise // Fall as a legitimate Hymn to Tourach. Once the game goes a little later, you can use Rise // Fall to bounce one of your opponents' creatures and rebuy a Nyxathid or Shriekmaw. Bouncing your opponents' creatures is basically as good as killing them, since you can use your discard to nab the cards from their hands before they recast. Rebuying a Shriekmaw puts things further out of reach for creature decks and makes it extremely difficult for them to race your The Rack triggers.

My preview card from Dark Ascension, Lingering Souls, is quickly being seen as one of the best cards in every format of Magic. Here, it's especially strong. Our deck has no problem discarding Lingering Souls and using its flashback to advance our board position or create chump blockers to drag the game on so our The Rack has time to shred our opponent's life total down to nothing. A lot of our games will end up with an opponent with board position and no cards left in hand; in these situations, we want to use Lingering Souls tokens, Rise // Fall, and chump blocking (with race math in mind) to drag the game out long enough for The Rack to finish off our opponent.

Distress is a nice budget Thoughtseize replacement. I would play four copies of Thoughtseize if it wasn't so hard to acquire, but the current split of discard still plays very well.

Duress and Despise round out the deck's targeted discard. It's important that you fire off one of these before your opponent gets to turn three. These days, it's not uncommon for an opponent have Karn Liberated in play on the third turn. We're going to do our best to prevent that from happening by plucking our opponent's big spell out of hand.

Augur of Skulls is a forgotten gem that deserves another look. Two mana for a discard-two is very powerful. Once your opponent is at zero cards, Augur of Skulls blocks like a champ with regenerate.

Nyxathid is the best fatty for a deck like this. It's relatively common for Nyxathid to be a 7/7 for three mana. It might be correct for the deck to play four copies of this gentleman, but this is an early version of this strategy and I had a difficult time finding room for any more.

Shriekmaw seems like the best removal spell for a deck like this. Originally, I had an engine that used Nameless Inversion with Haakon, Stromgald Scourge to have infinite removal spells. Unfortunately, this strategy was a bit slow for the matchups where it was needed. I decided to give Shriekmaw a try and I was really impressed with its synergy with Rise // Fall and its ability to randomly kill people when topdecked in the late game.

The deck's mana base was a serious issue and eventually I decided I didn't want any copies of Tendo Ice Bridge or Mirrodin's Core. Instead, I chose to go deep on Vivid lands and give myself more powerful sideboard options. Using Vivid lands also made it possible to cast Lingering Souls from my hand, which can be a huge deal in a lot of the games.

I would play Reflecting Pools if I were playing in a tournament so I'd have easier access to Purify the Grave, Ancient Grudge, and Ray of Revelation out of the sideboard. For casual play, the above list is perfect. Damnation, in the sideboard, is the hardest card to acquire. Unfortunately, it's necessary for the deck to function properly in the current Modern format.

I played a few games with the deck to see how it fared against some of the decks people are playing right now in Modern. 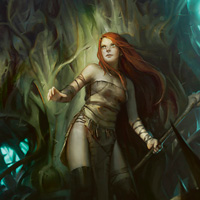 My opponent led things off by playing a fetchland. I drew a Lingering Souls and played Vivid Marsh. My opponent cracked the fetchland on my endstep, then played another land and cast Wall of Roots. I drew Duress and aimed a Despise at my opponent. I saw Melira, Sylvok Outcast; Chord of Calling; Ranger of Eos; and a land. I took the Ranger of Eos, played a Swamp, and cast Duress to take the Chord of Calling. My opponent cast Melira and passed back. I drew a Swamp, played Sulfurous Springs, and cast Sedraxis Specter. 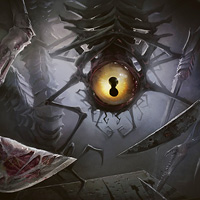 The deck plays very well against combo and control decks, but creature-based strategies still give the deck some major problems. Against artifact-based aggro decks, you will have four copies of Ancient Grudge after sideboard that will heavily sway the matchup in your favor, but more traditional aggro decks will tear you apart. The deck seems to be fairly well positioned for the current Magic Online Modern metagame and its mechanics are something that hasn't been attempted in the Modern format yet.

As always, hit the forums or shoot me an email with questions, comments, or suggestions for future decks.